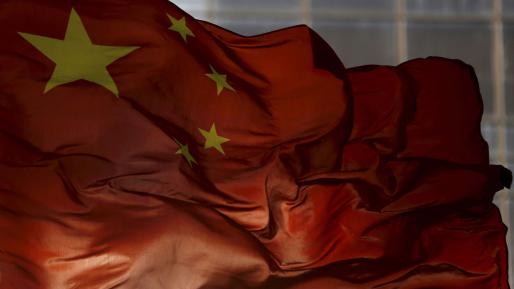 Since 2020, more companies from China have made the annual Fortune Global 500 ranking than any other country, including the United States. Over two-thirds of these companies are not publicly traded, i.e., their shares are not listed on a stock exchange, and most of them are state-owned enterprises (SOEs). In contrast, most large companies in the rest of the world are listed.[1]

This contrast leaves the impression that most large Chinese firms, especially the SOEs, are not as interested in raising capital from public investors as their international counterparts. It also implies lesser transparency, since listed companies are subject to rigorous and mandatory disclosure and auditing requirements that do not apply to unlisted ones.

But this picture does not tell the full story. In fact, more than half of the combined revenue of the 130 Chinese companies on the 2021 Fortune Global 500 is created in listed entities that are majority-owned subsidiaries of the unlisted parent groups and are in general more transparent and subject to greater market discipline. Private and foreign shareholders have a nontrivial interest in many of these listed entities under state-owned parent groups. The upper rank of China's corporate world, therefore, is not as opaque as it may seem.

In our March 2022 PIIE Working Paper we show that the distinction between listed and unlisted large SOEs in China is less a dichotomy than a continuum. Most of the unlisted Chinese SOEs in the Fortune rankings are organized in a multilayered group structure, with the unlisted parent group at the top, typically owned by the State-owned Assets Supervision and Administration Commission (SASAC) of the State Council or Central SASAC, National Social Security Fund (NSSF), and/or other government agencies. In many cases, the next layer comprises one or several subsidiaries listed on Chinese, Hong Kong or/and US stock exchange(s) and majority owned by the parent group, often along with other noncontrolled subsidiaries and affiliates. We identified at least one significant majority-owned listed subsidiary in 45 out of 75 unlisted SOEs among Chinese companies in the 2021 Fortune Global 500 ranking.[2]

In our Working Paper, we divided all 130 Chinese companies in the 2021 Fortune Global 500 ranking into four categories:

Since the listed subsidiaries' shares of group revenue naturally fluctuate over the years, we base the categorization on their average across all years in which the group has been included in Fortune Global 500.

Figure 1 shows the revenue composition of all Chinese SOEs and mixed-ownership enterprises (MOEs)[3] included in Fortune Global 500 over time. The latest 2021 ranking (based on 2020 revenue) has 98 SOEs and MOEs, and 75 of them, considered at the parent-company level, are unlisted SOEs (all MOEs are listed at the parent-company level). Applying the typologies above yields only 42 nonlisted, implying that nearly half of the companies that are unlisted at the parent-company level have a significant portion of their revenue created through majority-owned listed subsidiaries. The respective shares of different listing status have been strikingly stable even as the corresponding set has considerably expanded over time, from 15 SOE and MOE group companies in 2004 to 98 in 2020.

The lower line in figure 2 shows the share of the total revenue of all Chinese Fortune Global 500 companies made in group companies that are listed at the parent level. The upper line includes majority-owned listed subsidiaries of unlisted groups whose revenue accounts for 5 percent or more of the group revenue. The upper line has been consistently higher than 50 percent since 2007.[4]

Why are there so many unlisted SOEs with significant listed subsidiaries?

The reason for the high number of unlisted SOEs with large listed subsidiaries may be found in the circumstances of the corresponding stock exchange listings, most of which happened in the late 1990s and 2000s. Landmark initial public offerings (IPOs) of that era included the ones of China Mobile (October 1997) in Hong Kong, PetroChina (April 2000) in the US, China Unicom (June 2000) in Hong Kong and the US, Sinopec (October 2000) in Hong Kong, and China Telecom (November 2002) in the US. In his book Dealing with China, former US Treasury Secretary Henry Paulson described how he once led the Goldman Sachs advisory team that prepared the IPO of China Mobile, which, he noted, then-Premier Zhu Rongji "meant to become the template for revamping other SOEs." As Paulson described it, "in conventional terms, there was as yet no actual company to underwrite." A "listable" company had to be built by assembling various assets that previously resided directly within the Ministry of Posts and Telecommunications. Similarly in other cases, the listed subsidiary included the most commercially marketable activities of a broader group under an unlisted entity.

Though a simplification of a complex history of the separation of these companies from their government superstructures, this captures the gist of why so many SOEs are only partially listed: It is not that the authorities did not want to list the entire group, but rather they could not—or at least not as quickly as the partial-listing option would allow for.

By contrast, most centrally administered state-owned or mixed-ownership financial institutions, whose IPOs took place in a later wave, were restructured first so that the entire groups got to list at the parent-entity level. These include, for example, Bank of Communications (June 2005), China Construction Bank (October 2005), Bank of China (June 2006), ICBC (October 2006), Agricultural Bank of China (July 2010), and People's Insurance Company of China (December 2012). Most SOEs and MOEs that are directly listed at the group parent level in Fortune's Global 500 rankings (14 out of 23 in 2021) are financial services companies.

To conclude, even though most large Chinese SOEs, and most of the largest Chinese companies more broadly, are not listed at the parent-company level, they generate most of their revenue from their listed subsidiaries. This is good news for researchers who seek to better understand the Chinese corporate landscape, since much more information is publicly available about listed companies than unlisted ones.

[2] Our threshold of significance is that the revenue of the subsidiary is at least 5 percent of the total group revenue.

[3] We use "mixed ownership" as shorthand for companies in which the Chinese state is a significant minority shareholder, with an equity stake between 10 and 50 percent, and reserve the term SOE for majority-owned state enterprises. See section 1.1 in our PIIE Working Paper 22-3.