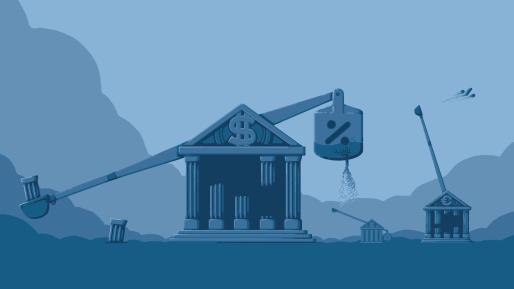 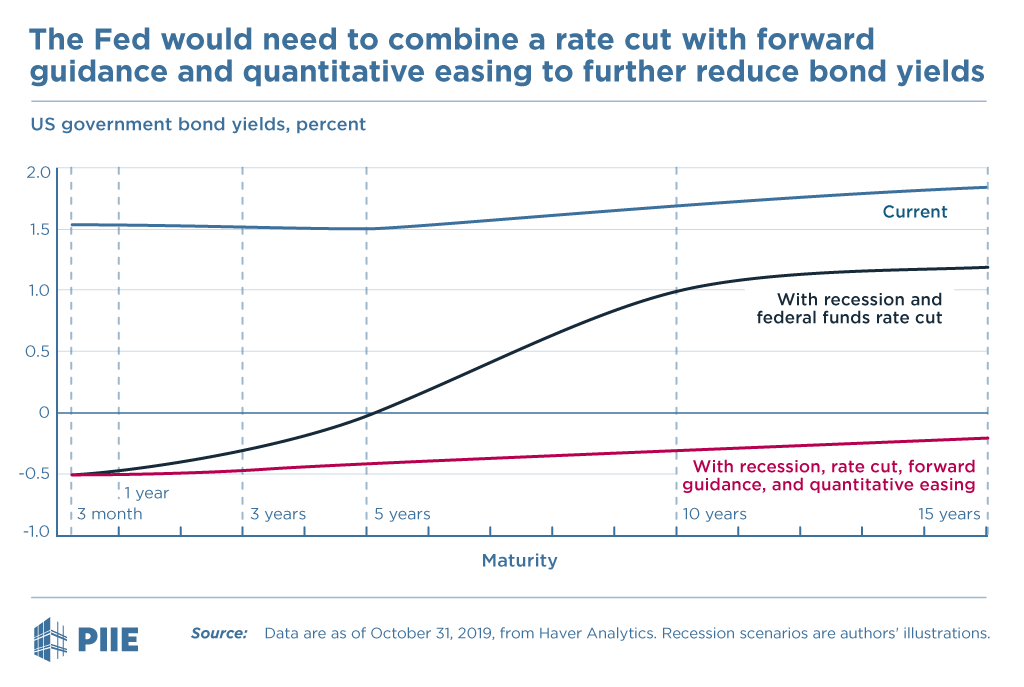 Second, the Fed will need to use negative interest rates even for a mild recession. Rates cannot usefully go much below –0.5 percent, but even that is more powerful than it seems because it opens up scope to do more QE and push bond yields below zero. Bond yields cannot go below zero if markets believe the central bank will never set its policy rate below zero. Therefore, imposing a lower bound of 0 rather than –0.5 would reduce the Fed’s ammunition by the equivalent of a 1.2 percentage point cut in the federal funds rate, leaving it with just 4 percentage points of ammunition.

Third, the European Central Bank and the Bank of Japan do not have significant room to cut short- and long-term interest rates any further. But they do have other tools that are both powerful and controversial (and which the Fed lacks). These tools include large-scale purchases of equity and cash transfers to households.

Fourth, trying to raise inflation expectations once the economy is in recession, either by raising the inflation target or by adopting “make-up” strategies, may not be credible. (Make-up strategies are promises to overshoot the inflation target following periods of undershoots or to keep policy rates lower for longer than they otherwise would be following periods of their being constrained by their lower bound.) But, if higher inflation could be achieved before the next recession starts, it would increase central bank ammunition by far more than is commonly assumed. Each percentage point increase in long-run inflation expectations increases central bank ammunition by the equivalent of about 2.5 percentage points of room to cut the policy interest rate (because it increases the scope for QE).

1. A negative rate means that interest is subtracted from one’s investment regularly instead of added.

Inflation and Activity: Two Explorations and Their Monetary Policy Implications