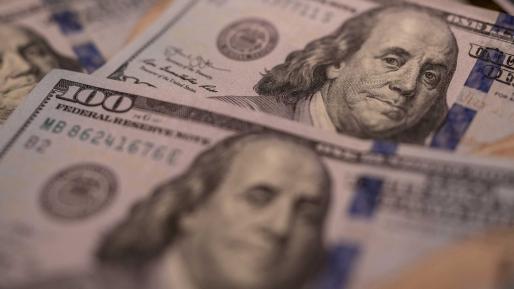 The Biden administration's recently released strategy to combat corruption includes important measures that address illicit finance in the United States and enhance enforcement against corrupt foreign officials. But priority should also be given to promoting the broader economic, regulatory, and institutional reforms that are central to any meaningful anti-corruption strategy. This should be pursued through engagement with the International Monetary Fund (IMF), the World Bank, and the other multilateral development banks.

The administration's published new strategy, United States Strategy on Countering Corruption, reflects the outcome of an interagency review that President Joseph R. Biden Jr. called for in July 2021. Giving priority to this issue represents an attempt to reassert US leadership in this area, a role that had been effectively relinquished by the Trump administration. As noted in my earlier blog post, recent empirical analysis—and, tragically, recent events in Afghanistan—amply demonstrate the impact that systemic corruption can have on economic development, radicalization, and national security.

To understand the approach taken by the strategy document, it is helpful to break corruption down into three components:

Supply Side and Concealment

The United States and other advanced economies contribute to the global problem of corruption when commercial and financial enterprises (a) bribe foreign public officials to obtain access to their markets (the supply side) and (b) help these foreign officials launder the proceeds of their corrupt acts through the use of the international financial system (concealment). The strategy document focuses on bolstering efforts to address these components of corruption, building on the international legal and institutional frameworks that the United States has helped to develop.

Regarding concealment, the strategy document makes progress in at least two areas where the US system has been particularly deficient relative to the international standard established by the Financial Action Task Force (FATF), a standard that the United States played a key role in developing.

First, it commits the US government to forcefully implementing the Corporate Transparency Act, enacted in January 2021, which requires the disclosure of the beneficial (i.e., the true) owner of shell companies established in the United States—vehicles that are often used to conceal the proceeds of criminal activity. Immediately after the strategy document was published, the US Treasury issued proposed regulations that set forth detailed reporting requirements regarding the disclosure of beneficial ownership and the establishment of a database that will be available to federal agencies engaged in national security, intelligence, and law enforcement activity.

Second, the strategy document addresses an important loophole in the United States' anti–money laundering system: While banks are subject to stringent due diligence requirements (e.g., customer due diligence rules and the requirement to file suspicious transactions reports), fewer requirements are normally imposed on nonfinancial businesses and professions, which are often involved in facilitating the concealment of the proceeds of criminal activity. The strategy document takes particular aim at the real estate sector, which, according to a source cited by the administration, was used to launder more than $2.3 billion between 2015 and 2020. Immediately upon the publication of the strategy document, the US Treasury issued an Advance Notice of Proposed Rulemaking that seeks public comment on rules that would, inter alia, require real estate professionals to collect, maintain records of, and report information relating to real estate purchases.[1]

Less specific commitments are made with respect to what the strategy document refers to as the "gatekeepers," or the professionals and service providers (including lawyers and accountants) that facilitate the concealment process. The absence of reporting requirements for such persons has long been recognized as a key deficiency in the US anti–money laundering system. Lawyers play a key role in structuring the opaque corporate vehicles that are used to facilitate criminal activities. The legal profession has pushed back on any discussion of federal regulation in this area, arguing that reporting requirements would not only be excessively burdensome but would also violate the attorney-client privilege.[2] It is important that the Biden administration develop specific reform proposals in this area, taking into account the FATF standards that provide guidance on addressing these concerns.[3]

Tools to address the supply sideof corruption (i.e., the criminalization of the bribery of foreign officials) are more limited, given the fact that the problem effectively resides elsewhere. The United States is one of the few signatories of the Organization for Economic Cooperation and Development (OECD) Anti-Bribery Convention that strongly enforces this convention (through the Foreign Corrupt Practices Act), including through the exercise of expansive jurisdiction. The strategy document commits the United States to work within the relevant OECD bodies (the Working Group on Bribery) to improve enforcement by other countries, but such efforts are unlikely to make a meaningful difference, unless the United States elevates this issue in its bilateral diplomatic relations or in the G7/G20 context.

Notwithstanding the above efforts, meaningful progress in the fight against corruption will require reform in those countries where corruption is systemic. While it is true that foreign multinationals may contribute to the problem by bribing public officials in these countries, the "supply side" is often domestic rather than international, particularly in systemically corrupt countries where organized crime is rampant. Moreover, the range of corrupt practices in these countries is much broader than the demand for bribes: They include embezzlement and other abuses of power that do not involve a counterpart, domestic or foreign.

Bringing about reform in systemically corrupt countries is therefore the singular challenge, especially when the institutions responsible for criminal enforcement in these countries—the police, the prosecutors, and the courts—are themselves corrupt. Proposals such as the establishment of an international corruption court (modeled on the international criminal court) are unrealistic, not least because systemically corrupt countries are unlikely to become signatories, and the strategy document wisely steers clear of them.[4] Rather, the strategy document indicates that, as a means of holding foreign corrupt officials accountable, the administration will continue to impose sanctions and visa restrictions on corrupt foreign officials. It also indicates that the administration is committed to working on legislation to criminalize the demand for bribes by foreign public officials. Although such legislation has been introduced in Congress, issues regarding the scope of its jurisdiction over foreign public officials will need to be addressed.[5]

The UNCAC has the benefit of building upon a treaty of almost universal membership which, among other things, obligates its members to criminalize corrupt actions, including bribery and embezzlement. But, as recognized by the strategy document, enforcement is a problem: There are a number of countries that have adopted the necessary legislation but are unable to effectively prosecute and convict offenders. The UNCAC review mechanism—which evaluates each signatory's progress in addressing corruption—is relatively nontransparent (the full evaluation reports are not required to be published) and non-intrusive, particularly when compared with the review mechanisms of the OECD and the FATF. While US efforts to strengthen the review process are welcome, one needs to be realistic about the prospect of obtaining support from signatories for meaningful changes.

As for the international financial institutions, the strategy document would have benefitted from a more detailed focus on their role. Relying on these institutions is advantageous not just because of the weight of the United States' vote and voice in them; more fundamentally, experience demonstrates that an effective anti-corruption strategy requires adopting the type of economic, regulatory, and institutional reforms that typically fall within the mandate of these institutions. For example, while improving criminal enforcement is important, achieving the level of accountability that will deter corruption also requires transparency in government finances and effective performance management in the civil service. Moreover, in many countries where corruption is systemic, it is the complexity and opacity of governmental regulation that provides the opportunity for the extraction of bribes. Accordingly, in these countries, the streamlining of regulation—including through the use of technology—will often need to play a central role. These economic, regulatory, and institutional reforms are not corruption-specific; indeed, they have broader benefits. But when the broader societal forces and vested interests that give rise to systemic corruption are of a structural nature, such reforms play a critical role. As one expert in this area has pointed out: One cannot combat corruption simply by combatting corruption.[6]

Fortunately, the IMF has put in place a policy framework that seeks to address corruption through this broader reform agenda. The Framework for Enhanced Fund Engagement, adopted in 2018, focuses on the corruption and governance vulnerabilities of those state functions that are most relevant to economic activity, including fiscal governance, market regulation, and financial sector oversight. It then uses this analysis for both the annual audits of its members and its decisions on allocating financial resources.[7] The scheduled review this year of the application of this framework provides an opportunity to make further progress in this area.

Lastly, the IMF is expected to establish a new Resilience and Sustainability Trust (RST)—called for by the G20 in 2021. Such a trust creates both risks and opportunities: As large amounts of financing—from the IMF and elsewhere—are made available to address both the pandemic and climate change, the risk of financing being diverted from its proper use will only increase. It will therefore be critical that this financing is made conditional upon policy reforms that address governance vulnerabilities and the corruption risks.

2. For example, see the position adopted by the American Bar Association.

3. This guidance is set forth in the interpretive note to FATF Recommendation 23.

4. See, for example, Mark Wolf, The Case for an International Anti-Corruption Court.

5. The title of the proposed legislation is the Foreign Extortion Prevention Act. For a discussion of the jurisdictional issues, see When Should Foreign Bribe Takers be Prosecuted?, FCPA Blog, September 11, 2019.

6. Daniel Kaufmann, Back to Basics—10 Myths about Corruption, Finance and Development, September 2005. 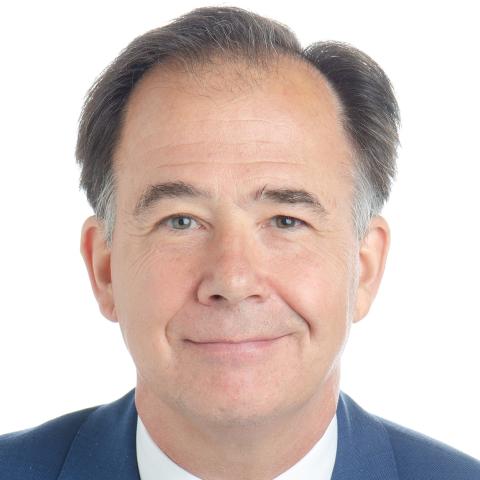 Survival of the International Monetary Fund and Global Economic Cooperation