STTB: Cyberwarfare and the Elders come to Washington, North Korea goes to China (and Iran and Burma)

When I tease Professor Haggard about his obsession with foot-and-mouth disease, he responds that I am equally or more obsessed with cyber warfare.  One of the odder emails I received this week was a request from the chief information officer of a prestigious Washington think-tank for the contact information of a law enforcement official with whom we had interacted due to our status as the target of what law enforcement regarded as foreign espionage hacking activities. Now, in my capacity as Deputy Director of the Peterson Institute, my CIO reports back to me that in his monthly meeting with counterparts from other local think-tanks, every one of them reports problems with hacking, conjectured to be related to North Korea and/or China on the basis profile of who within their respective organizations is being targeted. 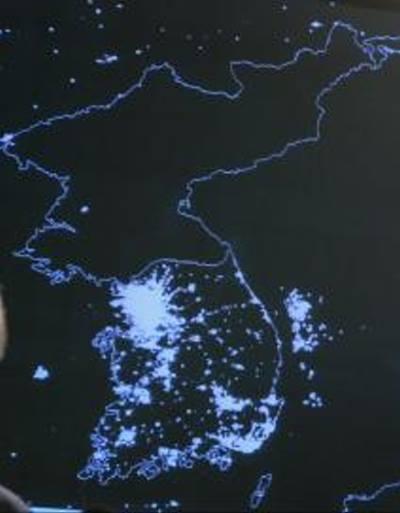 Maybe the North Korean hackers operate out of China and other third party locations due to problematic electricity supplies within North Korea.  (Can you imagine how scamming might explode if Nigeria ever fixed its telecommunications system?) DailyNK reports continuing problems with electricity, even within residential areas of Pyongyang, with outlying areas predictably even worse off.

Maybe some economic rejuvenation could help the electricity situation. We have never commented on comments to our blog but Haggard and I agreed that a recent one by Mr. Fred Zimmerman of Ann Arbor, Michigan was so insightful that it bore reproducing in its entirety: “North Korea ought to think about setting up a side business in offsite backup — Iron Mountain stuff. They have tons of hardened UGFs and they have a great diversification argument: if you are going to have a portfolio of offsite backups, you ought to have a couple that are really, really off the beaten path.”  Keep those cards and letters coming, folks!

More seriously, North Korean expertise with hardened sites could be a source of continuing heartburn. We reviewed recent sanctions-busting activities; Nautilus alerted us to the latest by the indefatigable Bertil Lintner documenting continued DPRK-Burma military cooperation.

Speaking of which, our earlier post reproduced accusations of Chinese perfidy at the UN.  The Guardian reports China’s denials regarding DPRK-Iran missile activities. The Guardian piece by Tania Branigan concludes with an interesting linkage to material made public via Wikileaks: “The allegations from UN diplomats echo a US diplomatic cable from 2007, saying China had to act "urgently" to halt a trans-shipment of ballistic missile components from North Korea to Iran via Beijing.The memo, signed by Condoleezza Rice – then secretary of state – urged the US ambassador to raise the issue at the earliest opportunity and at the highest level possible. It was one of the cables obtained by WikiLeaks and published by the Guardian.”

Maybe North Korea missiles are not going to China, but apparently the Big Train has.  Stay tuned.

Finally, not to pile on, but the Elders seem to be having a really bad week.  After getting snubbed in Pyongyang and Seoul, according to ForeignPolicy.com they completed the trifecta by getting blown off at the State Department.  One wonders if Ahtisaari, Robinson, et al. fully grasped how ambivalently, if not hostilely, official Washington regards former President Jimmy Carter?

UN Panel of Experts Report on sanctions, part 1 of 3

Is China Changing Its Views of North Korea: Some Evidence