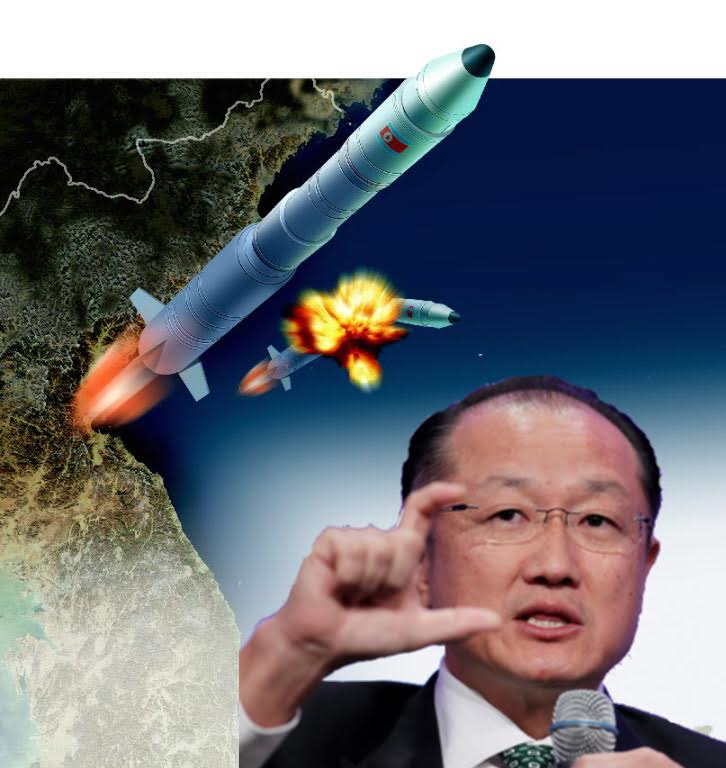 “The World Bank is ready to provide help to North Korea, possibly related to construction of roads and other infrastructure, if Pyongyang makes such a request, its chief said Tuesday. Jim Yong Kim made the remarks while attending a forum organized by a local newspaper in Seoul.”

“I can tell you that once the political breakthrough happens, then we would be very anxious to go to North Korea and do whatever we can.”

“I would also think that if there were opportunities, that there would be many governments who would support the efforts of multilateral development banks in supporting North Korea prior to full reunification… We have a tremendous amount of experience in precisely the development activities that would be needed, I think, in a place like North Korea.”

“The president of the World Bank Group on Monday hinted the bank could offer support for North Korea if there is a "political breakthrough" in inter-Korean relations. Jim Yong Kim made the remarks when he met Na Kyung-won, the chairwoman of the National Assembly's Foreign Affairs and Unification Committee, and other South Korean lawmakers in Washington.”

Think that Jim Yong Kim is interested in leading the World Bank into North Korea?

Steph Haggard and I have long argued that the international financial institutions are well-placed to offer North Korea technical advice on a range of issues, insulated from the vagaries of bilateral diplomacy, and if North Korea were willing to resolve its diplomatic problems and embrace economic reforms, to provide development assistance as well. So I don’t really have an argument with President Kim on principle, but boy does this guy seem awfully enthusiastic about getting into North Korea.

In fairness to President Kim, in several of his statements he conditioned the World Bank taking the plunge on a “political breakthrough” and in his 2014 press conference specifically cited Myanmar as an example of a country that opened up and re-engaged with the World Bank. And frankly, he would not have the autonomy to launch such an initiative without the acquiescence of the US and other major shareholders.

The real problem is that while President Kim is looking for a “political breakthrough,” the rest of us are expecting a celebratory big boom next month that would send inter-Korean relations spinning off in the opposite direction. So it is in this spirit of crystal ball gazing we announce the President Jim Yong Kim Political Breakthrough Contest. The contestant that most closely guesses the date of the next North Korean multistage rocket launch or nuclear test wins lunch on me at the World Bank cafeteria. Who knows, maybe President Kim will even join us.

Sources: Manyin and Nitikin on the Politics of Foreign Assistance to North Korea (Part II)