The Lap of Luxury

In our recent monograph on the political economy of engagement and sanctions, we noted the ineffectiveness of international sanctions on luxury goods. Recall that UNSC Resolution 1718 had proscribed the export of these items to the country (“all Member States shall prevent the direct or indirect supply, sale or transfer to the DPRK, through their territories or by their nationals, or using their flag vessels or aircraft, and whether or not originating in their territories, of…luxury goods”)

No matter what definition of “luxuries” we used—Australian, Japanese—the outcome was the same: China was not implementing the resolution.

South Korean assemblyman Yoon Sang-hyun (GNP) has recently elaborated on this point and The Telegraph picked up the story. In the context of annual National Assembly oversight, he released a chart—reproduced below--showing a steady increase of North Korean expenditures on luxury goods since 2008. Yoon argued that total North Korean expenditure on luxury goods for the past 3 years equaled about $1.04 billion, which far exceeded the total amount of food aid given by South Korea during the Kim Dae Jung and Roh Moo-hyyun administrations  combined (about $720 million).

These numbers sounded more than a little high to us. There has been some other journalistic coverage of the luxury trade, including a useful feature in the LA Times over the summer that relied on Chinese customs data.

We checked on the South Korean definition of luxury goods, and it is admittedly permissive. A July 2009 MOU directive identifies 13 categories of goods as luxury items; a summary of the directive is included below. The surge in luxury imports is driven by autos and electronics.

However, we suspect that Assemblyman Yoon’s point stands. The regime certainly has the capacity to import such items in a way that targets its core constituents. To avoid any doubt on that score, Assemblyman Yoon came back with some particularly egregious examples before a session of the Foreign Affairs, Trade, and Unification Committee, Among other things, he claimed "the KJI regime imported about 10 U.S.-made personal watercrafts (Jet Skies) that cost over $10,000 each, dozens of Orlov Trotters--a Russian racing horse that costs over $85,000 a pop--as  well as French wines costing around $300 a bottle. Chosun Ilbo reported that the Orlov Trotters are exclusively used by the Kim family, while Kim Jong-un enjoys riding the Jet Skies and apparently needs a fleet of them. (Below, we provide a little visual aid).

When placed against renewed concern about food shortages—on which we will blog shortly—it is clear that the regime is once again importing exactly the wrong things.

MOU Press Release, “Amendment on goods subject to permission for entry and exit as well as its authorization procedure, ”July 9, 2009.(In Korean)

The press release defines luxury goods as “high-value goods that are presumed to be used by high level power elites of North Korea, [that are] unrelated to the livelihoods of ordinary North Korean citizens.” Reference is also made to goods susceptible to individual consumption taxes in the South as well as controlled luxury goods listed by the U.S., EU, and Japan (according to the release, the U.S. references 9 categories, the EU 22, and Japan 33. 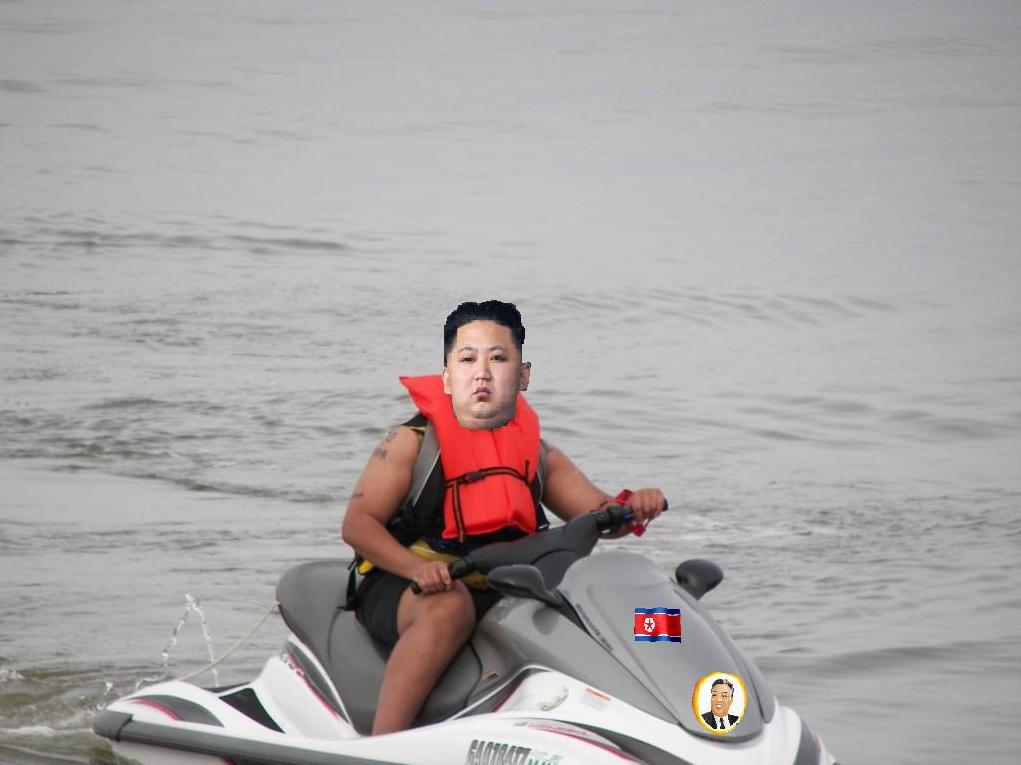 Asset Markets and Geopolitical Tensions: Is it Really Different this Time?