We have recently posted on the both the general risks associated with pipeline construction and the specific risks of the Russia-DPRK-ROK project.

We are pleased to find out that we are not alone. Yonhap recently reported on a proposal made by Dr. Kwon Won-soon, an economics professor at the Hankuk University of Foreign Language (HUFS). Most analysts seem to be proceeding on the assumption that the pipeline would come down the east coast of the DPRK , entering South Korea on its east coast and then taking a hard right turn toward its terminus in the greater Seoul/Inchon area. (See the dark line on the attached map).

North Korea’s intentions with respect to the gas are not clear. They appear to be banking primarily on transit fees, but they might benefit from delivery of gas to what’s left of the industrial base on the east coast. Another possibility—although a highly costly one--would be to build an east-west branch across the DPRK that would deliver gas to Pyonyang.

Kwon argues for a different route that would mitigate risk by putting Pyongyang on the hook.  Rather than the right turn to Seoul, the pipeline would first proceed south along South Korea’s east coast to Sam-cheok (the bottom right end of the pipeline) where a gas liquefaction plant would facilitate export to Japan. Rather than ending in Seoul, the pipeline would then head north to Uijungbu in northeastern Kyonggi province then back into the DPRK to Kaesong and finally to Pyongyang.

South Korean demand will always be larger than North Korean demand, creating asymmetries in bargaining power. But this scheme requies that North Korea have some skin in the game beyond simply collecting transit fees. This idea creates a classic—and beneficial--mutual hostage situation: “you hold me up, I hold you up.”

Kwon's cost estimate for the project--$2.2 billion—is slightly lower than what Kogas’ Russian subsidiary (Kogas Vostok) has estimated ($2.5 billion). But the project would increase Russia’s share of the South Korean market from 6 to nearly 30 percent. While the Kogas Vostok official stated that the pipeline option is more efficient than either compressed or liquefied natural gas (CNG or LNG), he also admitted that the pipeline involved “unavoidable” political risks.

This week, the revisionism has continued. A  KOGAS spokesman admitted that the company “had not even begun talking about a rough draft ” and that “the project requires political decisions by the related governments” that Kogas is in no position to take. Kogas President Choo Kang-soo also testified before the National Assembly that the company still has the option of importing LNG at highly favorable prices—as we noted in an earlier post—reducing the urgency of reaching an agreement on the pipeline.

A few more Russian tidbits. Troy Stangarone offers up a punchy, hard-headed and skeptical assessment of the pipeline for KEI. A second comes thanks to our friend Aidan Foster-Carter. As in China, regional connections may have a life of their own. The Russian Far East has been developing a number of projects with the DPRK, according to a website that covers the Tumen Initiative.  At a meeting in Nakhodka, the first Vice-Governor of Primorsky Territory thanked the local Consul General for the DPRK’s construction of a ferry and noted that four other ships were under contract. The pipeline is clearly just one piece of a broader strategy toward the North. 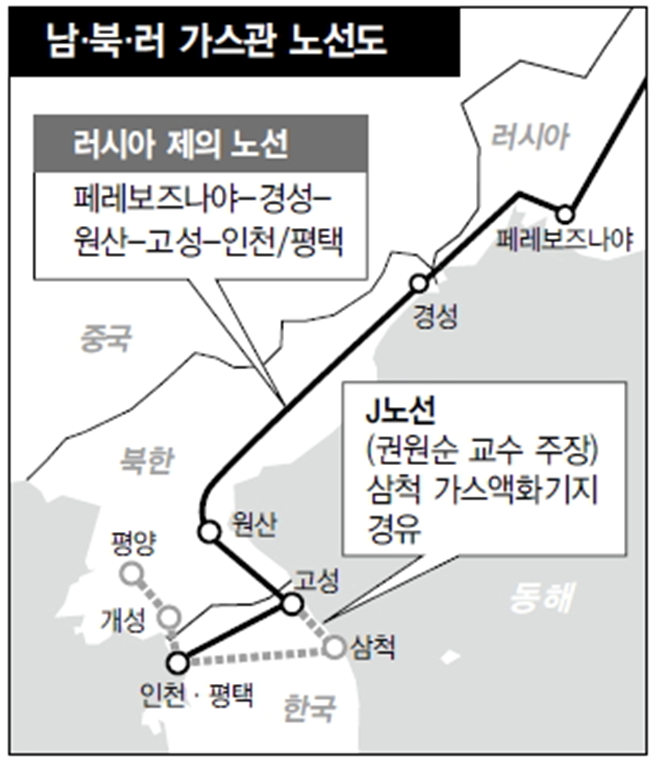