Henry Sokolski’s Underestimated: Our Not So Peaceful Nuclear Future

Looking for a good, short read on the current nuclear challenges we face? Henry Sokolski, Director of the Nonproliferation Policy Education Center (NPEC) and with a decade of experience at DoD, has produced a second edition of Underestimated: Our Not So Peaceful Nuclear Future. Not only is it excellent—if depressing—it has the additional advantage of being posted online as a .pdf. The main message: we are in a world of expanding not shrinking arsenals and missile capabilities, and it is loaded with risk.

The book offers a theoretical as well as empirical take on the problem. It is framed around three, core schools with respect to nuclear weapons. They differ with respect to perceived risks and the size of arsenals that are desirable as a result:

A neat table, reproduced below, summarizes the views. 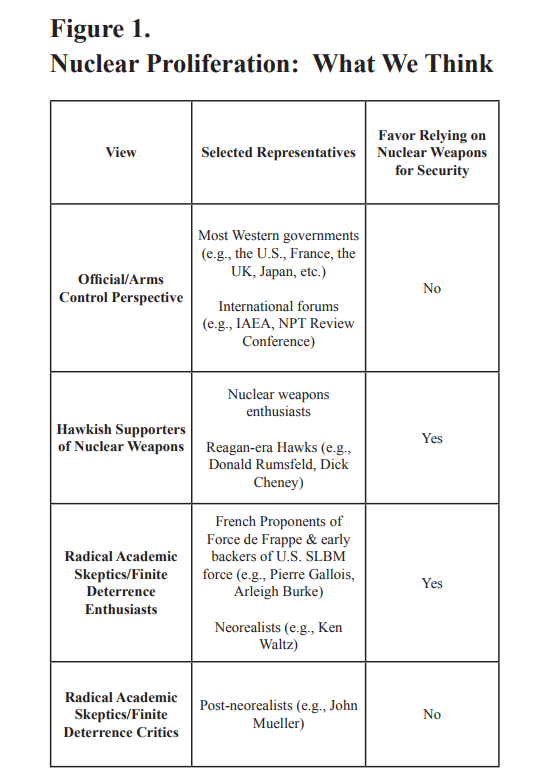 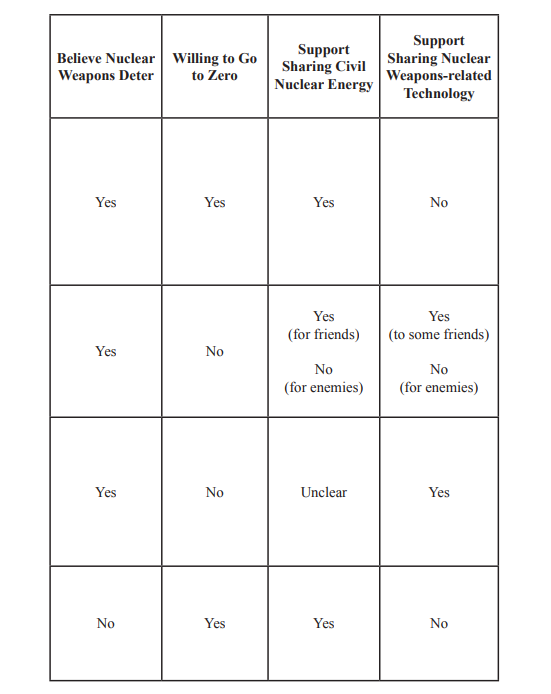 Sokolski offers extended critiques of all of these, but takes particular aim at those with a sanguine view of proliferation. His thinking is in part probabilistic: more nuclear powers, more risks of all sorts. But his underlying concern is about the dynamics of acquisition, not the just-so story of stable deterrence equilibria. Conflicts are more likely to arise as a result of countries seeking such weapons (think Iran and North Korea most obviously), seeking to make them survivable and the insecurities of alliance relationships as extended deterrence commitments are challenged (for a neat theoretical take on this, see my review of work by Bas and Coe: here)

To those emphasizing the stability of nuclear deterrence, Sokolski points out that a number of important nuclear powers, most notably Russia, China and the South Asian pair of India and Pakistan—not in the NPT—all think of nuclear weapons in terms of warfighting. Moreover, they are expanding and modernizing their forces.

Another central feature of Sokolski’s work is the emphasis on sources of fissile material; the NPEC website is a goldmine on these issues. He does not argue that developing a civilian nuclear program will necessarily lead to a nuclear weapons program. But it was certainly the starting point for pretty much all of the nuclear followers. Sokolski reminds us how much fissile material South Korea and Japan could draw on—and in short notice—and how the efforts of countries like Saudi Arabia to acquire a civilian nuclear program should give us pause. Of course these risks are heightened whenever alliance commitments weaken or lack credibility, the world we are in now unfortunately. In a talk yesterday here in San Diego, he put particular weight on the huge overhang of fissile material, with Japan now storing roughly 45 tons of plutonium. Do the math; that is literally thousands of weapons worth.

He ends with a set of proposals that are worth pondering, and several with obvious implications for those of us interested in Asia:

Sokolski ends with an injunction which is actually not that useful: head off breakout before it happens. The two cases of most current and pressing interest present obvious challenges in that regard. North Korea has broken out, and Iran appears to be constrained but there is obvious debate on how tightly. Sokolski defended himself by noting that these problems are argued to death and it is more useful to think ahead. In that regard, he provides a very useful overview of the challenges and nuances of the nonproliferation game and the importance of the US leading the effort. Good luck with that.