President Donald Trump’s economic advisors believe that “China’s economy is just heading south” and thus vulnerable to American economic pressure, a theme that also continues to appear in US media.[1] But evidence for China’s slowdown frequently relies on monthly data showing slowing investment and/or weak retail sales—and these indicators are misleading or at best incomplete.

A more reliable, frequently updated data point on trends in the Chinese economy is the pace of the expansion of imports.  China is no exception to the general rule that the growth of imports is mainly determined by the pace of domestic demand.  And, as shown in the chart below, China’s imports have been growing strongly, up 20 percent in the first eight months of the year, with no evidence of a softening pace in recent months. (Converting the data in the chart into real terms modifies the story only slightly, as China’s monthly import prices compared to the same month in the prior year are up on average in the low single digits in the first seven months of the year.)  Claims that China’s growth is slowing are premature at best. 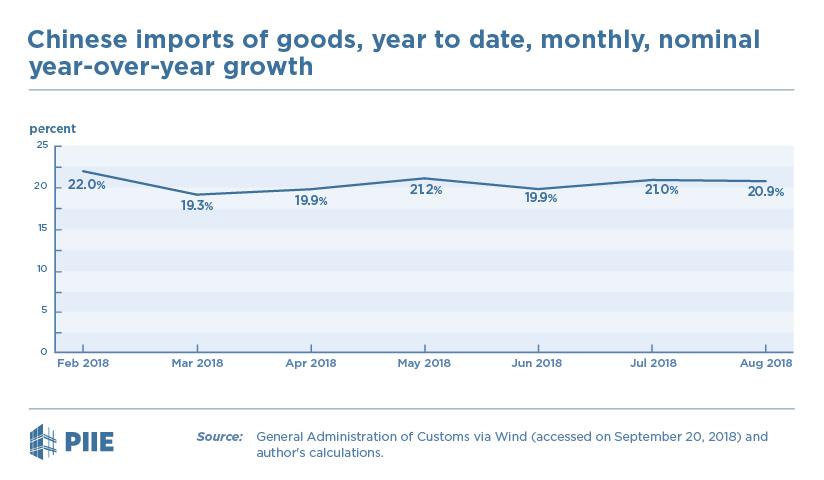