Avoiding the Visible Hand of the State

Private investors continue to lead the state despite slower growth 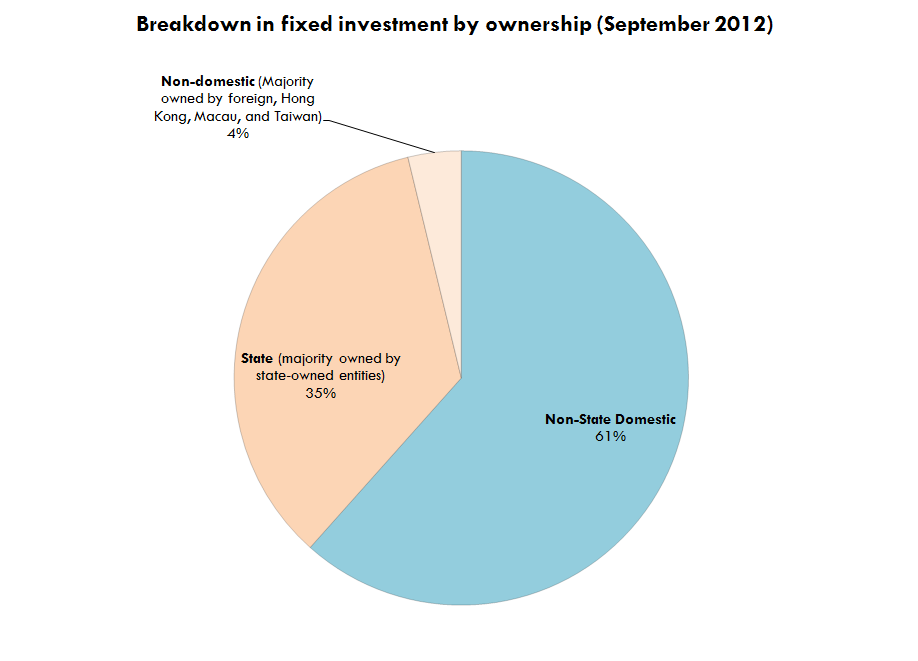 Non-state domestic investment numbers are a useful tool for gauging the potential size of somewhat opaque ownership of limited liability corporations and joint-stock corporations in China, but it is one of the broader definitions of private investment, and it has its drawbacks. One of the greatest concerns is the use of majority ownership to determine whether a firm is private, meaning that while the majority of the capital may be owned by an individual or a collective enterprise, there could be the visible hand of the state lurking as a minority stakeholder. 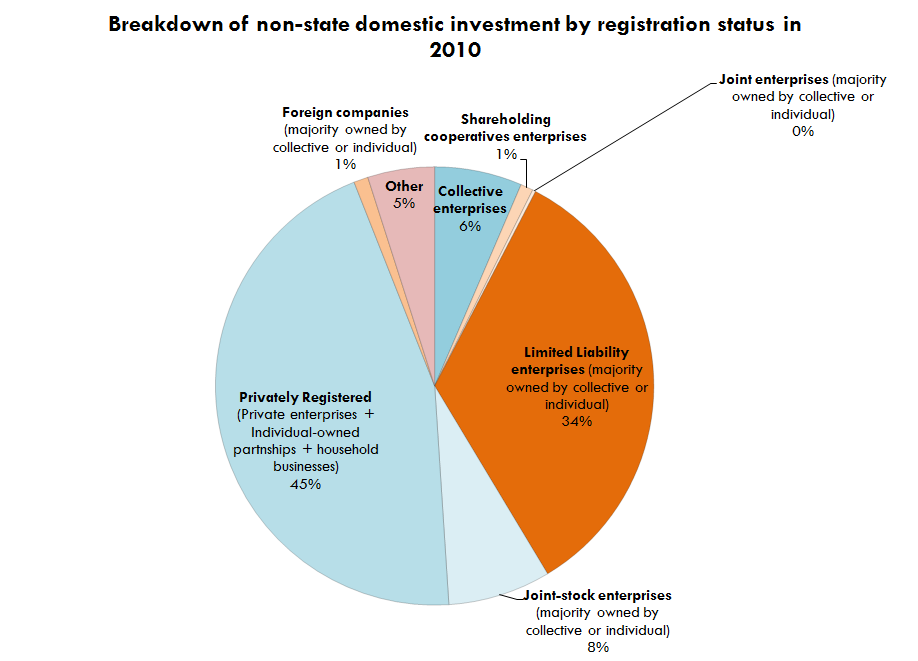 However, even if we are to take the strictest definition of private investment, one based solely on firms registered with the Ministry of Commerce as a private enterprise, things are still looking pretty good. For the first 9 months of this year, the annualized growth of accumulated fixed investment by firms registered as private enterprises was 25.5%, compared with only 14% from state-owned enterprises and 16.3% from foreign, Hong Kong, Macau, and Taiwanese companies. Moreover, while using this metric brings the total share of private enterprises fixed investment in the economy down to 25.5% - below state-owned and state-owned holding companies - it still shows a rising share up from 23.8% in January 2011. In contrast, the state share has fallen from 40% in January 2011 to 32.9% in September 2012. 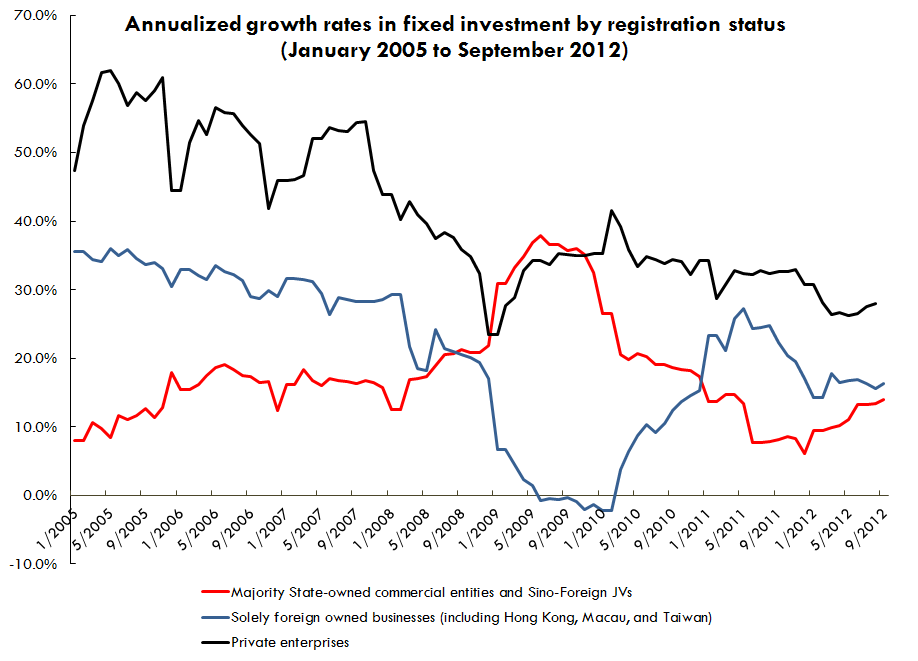 Perhaps the most important takeaways from this data - besides proving that private not state investors are driving investment growth - is the resilience of private investors to the current slowdown. Private investment growth today, even at its low for 2012, remained above the lows of 2009, where annualized growth dipped down to 23.4% in January 2009. More importantly, for those concerned about the role of the state, in contrast to the beginning of 2009 where state-led investment increased dramatically to make up for weakness in private and foreign fixed investment, private investment has continued to dominate growth throughout 2012.

Although it is unlikely we will see private investment recover to the rapid growth rates of the past, the fact that private investors continue to outpace the state – enough to drive a recovery in fixed investment this year - is a good sign that China is finding better ways to navigate the new world of slower GDP growth.

May I ask whether the 4% in non-domestic in the first illustration refer to 100% foreign owned - WFOEs only? Is EJV /CJV included in this categories or counted as non-state domestic?
To me, the 4% fixed investment from foreign investors appears way smaller than I expect.

Can Digital Flows Compensate for Lethargic Trade and Investment?

The Influence of Foreign Direct Investment, Intrafirm Trading, and Currency Undervaluation on US Firm Trade Disputes