Why is the EU seeking a carbon border tax adjustment and how would it work? 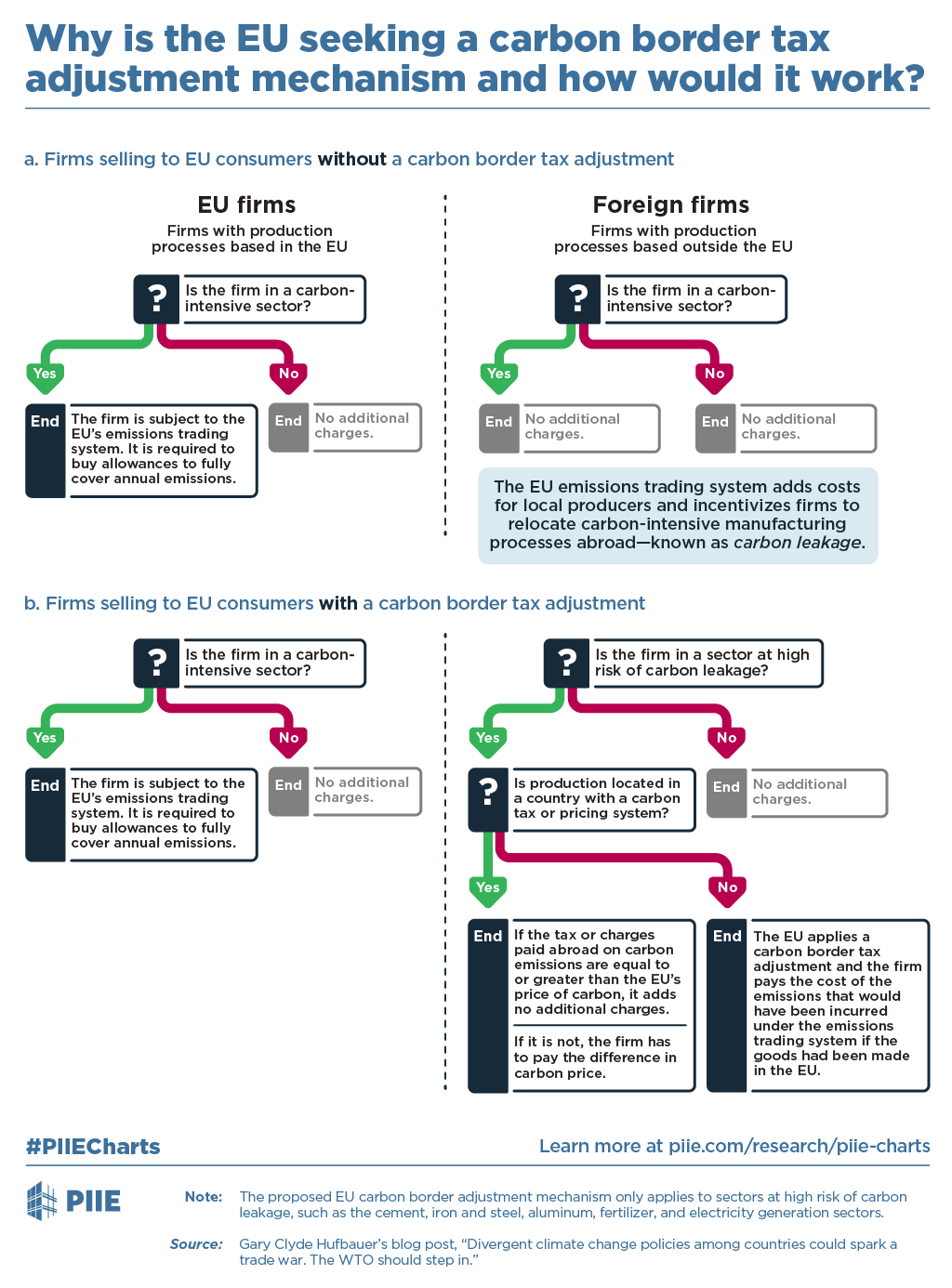 The three biggest greenhouse gas emitters—the United States, Europe, and China—are at loggerheads over how to curb emissions from fossil fuels without disadvantaging their own economies. They fear stringent environmental and emissions regulations will give foreign exporters an unfair edge in international trade.

The European Union has committed to achieving net-zero greenhouse gas emissions by 2050 and its carbon pricing system, which forces emitters to pay for carbon emissions, will play a key role in the transition. This price on emissions inevitably makes home-produced goods more expensive. Products from nations with less ambitious climate policies will be able to sell goods to EU consumers more cheaply, taking market share from domestic producers and possibly incentivizing home-based firms to move their operations offshore, a process known as carbon leakage.

To prevent carbon leakage and potentially disadvantaging domestic producers, the EU has proposed implementing a Carbon Border Adjustment Mechanism (CBAM). The CBAM would impose a levy on imported products in industries at high risk of leakage that reflects the emissions emitted during the manufacturing process and the difference between the EU's carbon price and any carbon price paid in the manufacturing country. If an exporting country has no carbon tax or price on emissions, the EU's CBAM would add a levy commensurate to the price the producer would have paid in allowances if they had manufactured the product within the EU. If the exporting country has a carbon pricing system with a lower price on emissions than the EU, the levy will reflect the difference between the average carbon price in the EU and the manufacturing nation.

This PIIE Chart is based on Gary Clyde Hufabuer's blog, Divergent climate change policies among countries could spark a trade war. The WTO should step in.