Which Places Have the Highest Concentration of Billionaires? 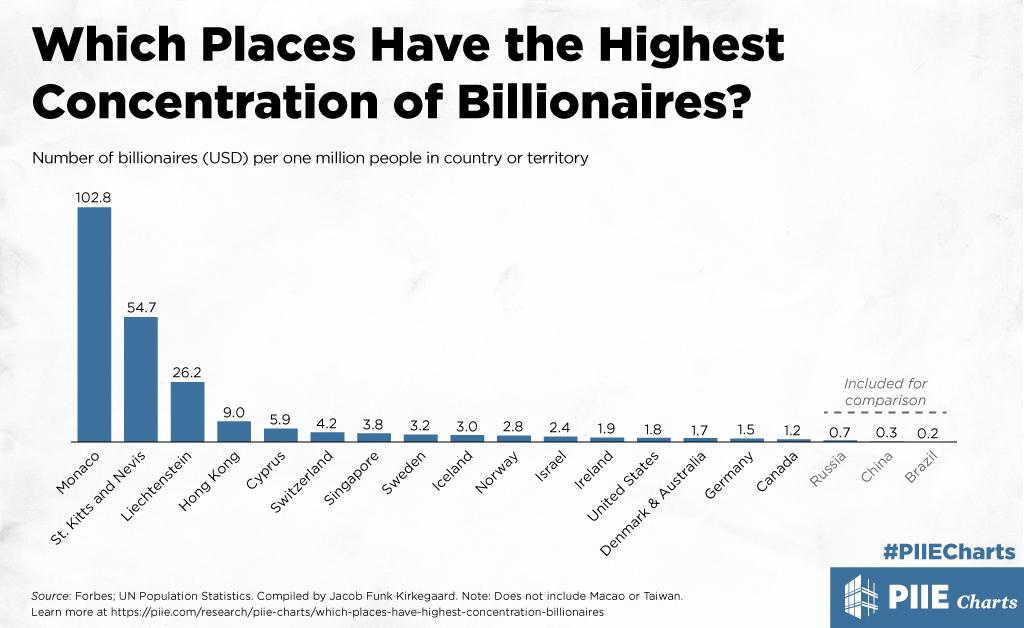 Unsurprisingly, small enclaves catering specifically to the super rich, such as Monaco, St. Kitts and Nevis, Liechtenstein, and financial centers like Hong Kong, Switzerland, and Singapore top the list for most billionaires per capita. But Scandinavian countries Sweden, Iceland, Norway, and Denmark, despite having some of the lowest income inequality and highest income taxes, are also on the list, indicating that progressive welfare states do not inherently threaten the accumulation of great wealth among a small number of people. Large emerging markets often notorious for rapidly rising inequality, such as Russia, China, and Brazil, still have a relatively limited number of super rich per capita.