The US labor market is not showing signs of a recession 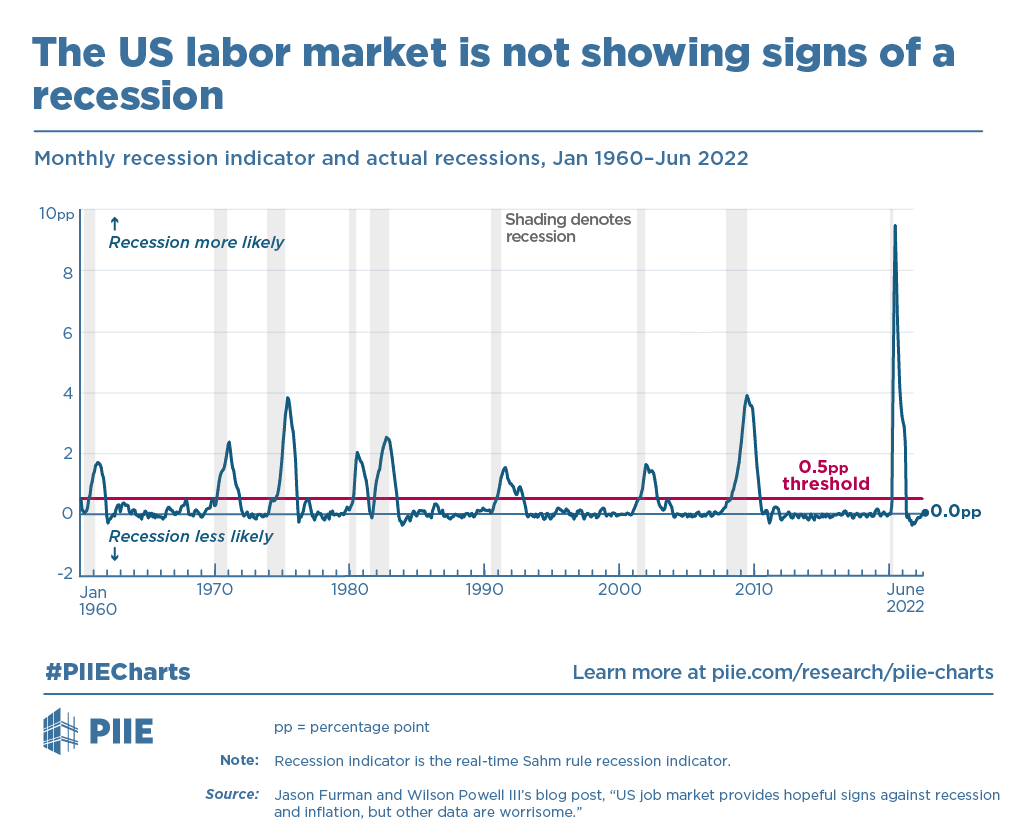 The latest employment data strongly suggest the US economy is not currently in a recession. The data provide, however, only limited reassurances about the future.

The labor market is one of the most important signals of a recession. A very reliable indicator of whether the economy is in a recession is the Sahm rule, which is based on the difference between the unemployment rate's three-month average and its lowest value in the last 12 months. For June 2022, the three-month average of the unemployment rate was tied with its lowest value in a year, well below the 0.5 percentage point threshold indicating a recession. Historically, a 0.0 percentage point value has corresponded to only an 8 percent risk of recession within the next six months and a 20 percent risk in the next 12 months.

The recent gains can also be quickly undone. In each of the past six recessions, the economy shed more jobs in the first six months of the recession than it accrued in the six months before the business cycle peak.

Everything about the economy over the last two and a half years has been extremely unusual, and we should not expect that to change imminently. The outlook remains very uncertain, and many future outcomes, including recession, remain possible.

This PIIE Chart is based on Jason Furman and Wilson Powell III's blog post, US job market provides hopeful signs against recession and inflation, but other data are worrisome.