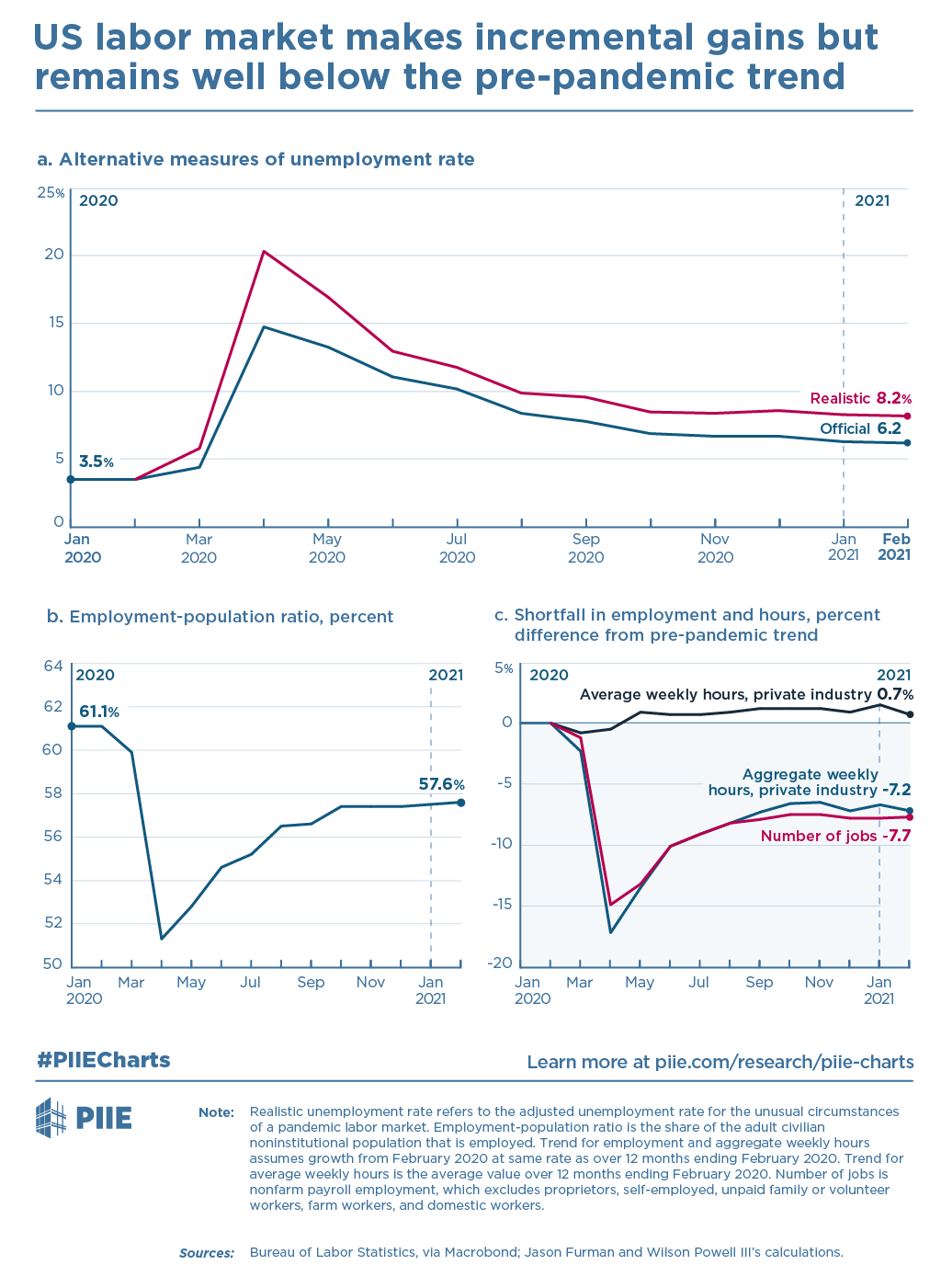 The share of the US adult population that is working, which accounts for both changes in unemployment and changes in labor force participation, increased slightly from the previous month but remained 3.5 percentage points below its pre-pandemic level. The total number of hours worked and the total number of jobs both remain well below their respective pre-pandemic trends. The number of hours worked per worker also typically falls during recessions, but since the beginning of the pandemic, average weekly hours worked has actually risen, indicating many of the jobs lost were in lower-hour jobs and workers that kept their jobs through the pandemic are working longer hours.

This PIIE Chart was adapted from Jason Furman and Wilson Powell III’s blog post, “US unemployment remains worse than it seems as millions still out of the labor force.”