US Firms Are Less Dynamic Than They Used To Be 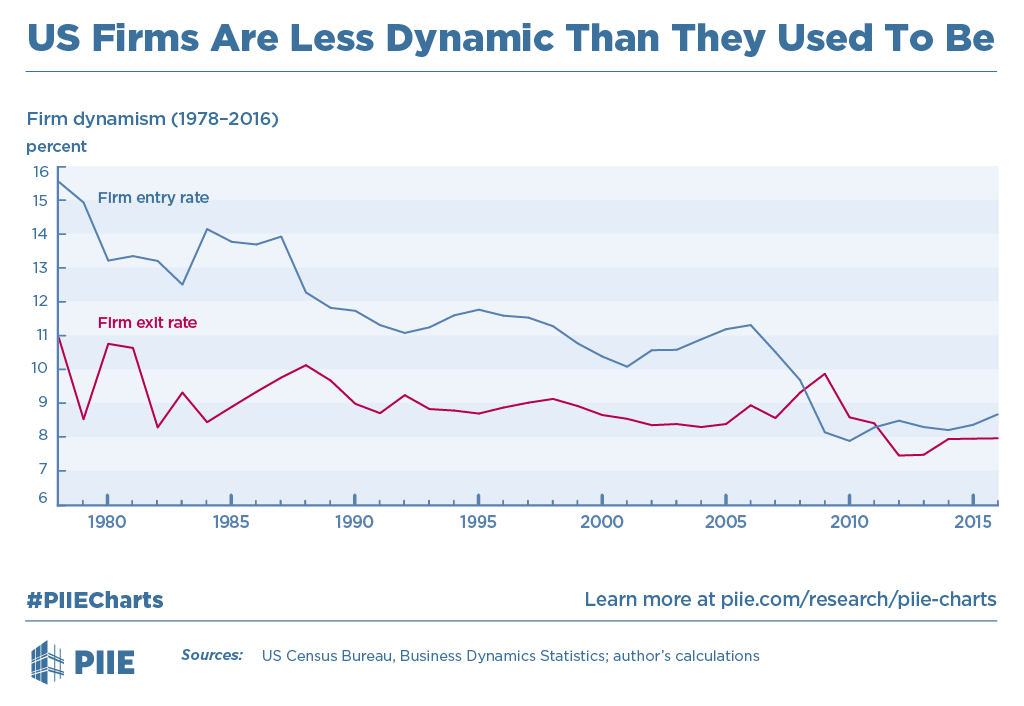 Since the early 1980s, firm dynamism—the process by which companies enter or leave the market—has markedly slowed. New businesses are forming a third less frequently, while the exit rate has remained relatively steady. This means that, on average, US companies are larger and older today than they used to be. The share of firms that are less than five years old has fallen by about one-third.

There is mounting evidence that reduction in competition and firm dynamism has contributed to both the slowdown in productivity growth and rising inequality. This is partially a result of policy choices, such as increased regulatory barriers to entry, and trends such as the increasing importance of network effects, when the value of a product increases faster than the cost of production, as seen for companies like Facebook. Slower firm dynamism can give employers more leverage, which reduces wages and raises profits in part because workers with fewer choices and less mobility may be less able to bargain for raises.

This chart was adapted from Jason Furman and Peter Orszag's chapter, "Are Slower Productivity and Higher Inequality Related?" in Facing Up to Low Productivity Growth.

Slower Productivity and Higher Inequality: Are They Related?

A Blueprint for Rebalancing the Chinese Economy