The US Dollar's Strength Is Not at Historical Highs 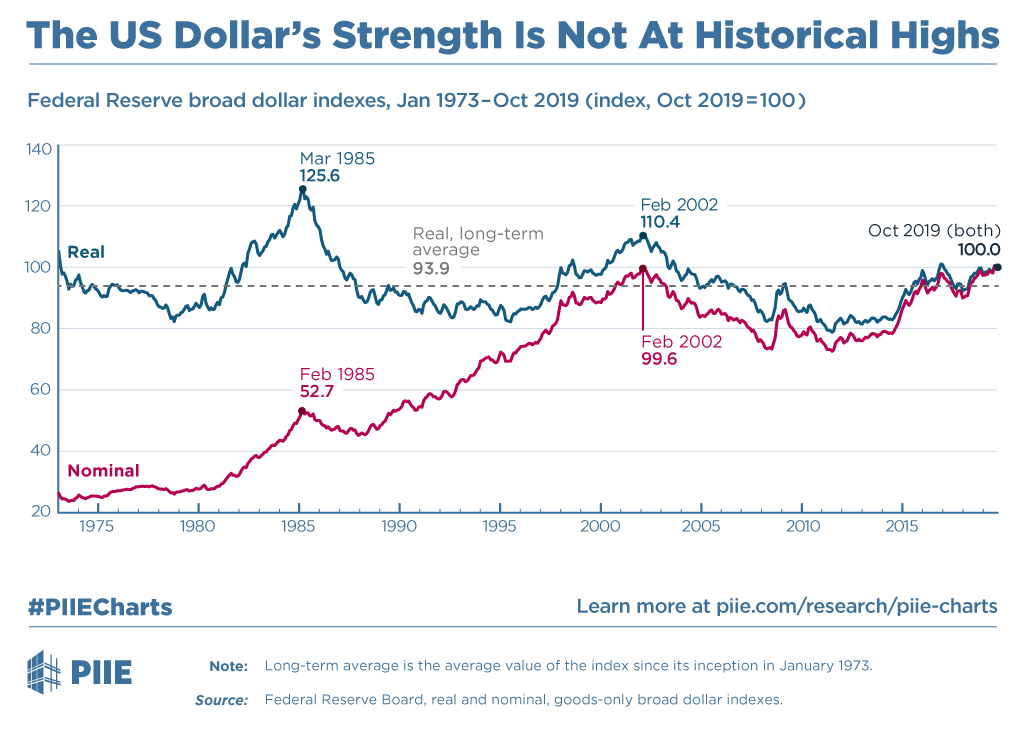 When President Trump said he was not thrilled about a very strong US dollar, he departed from a long tradition. Trump wants a weaker dollar relative to currencies of US trading partners to boost US exports. But the dollar has actually not strengthened much over the past four years. The dollar did reach record-high levels in September 2019 in nominal terms. When measured in real terms (adjusted for changes in relative price level), however, the dollar is well short of historical highs.

The dollar’s current level in real terms, while somewhat elevated, is lower than previous peaks, when calculated by using the Federal Reserve Board staff’s merchandise trade–weighted index for the US dollar against 26 other currencies. The dollar was 10 percent stronger in February 2002 and 25 percent stronger in March 1985.

The value of the dollar is best measured in real rather than nominal terms to account for persistently high inflation, and resulting depreciation of currencies, among some US trading partners. The nominal index is best employed for shorter-term analysis.

This PIIE Chart was adapted from Christopher G. Collins and Edwin M. Truman’s blog post, President Trump Exaggerates the US Dollar’s Impact on the US Economy.

The Dollar and Its Discontents