US Birth Rate Drops to Historic Low, with Sharpest Drop among Hispanic Women 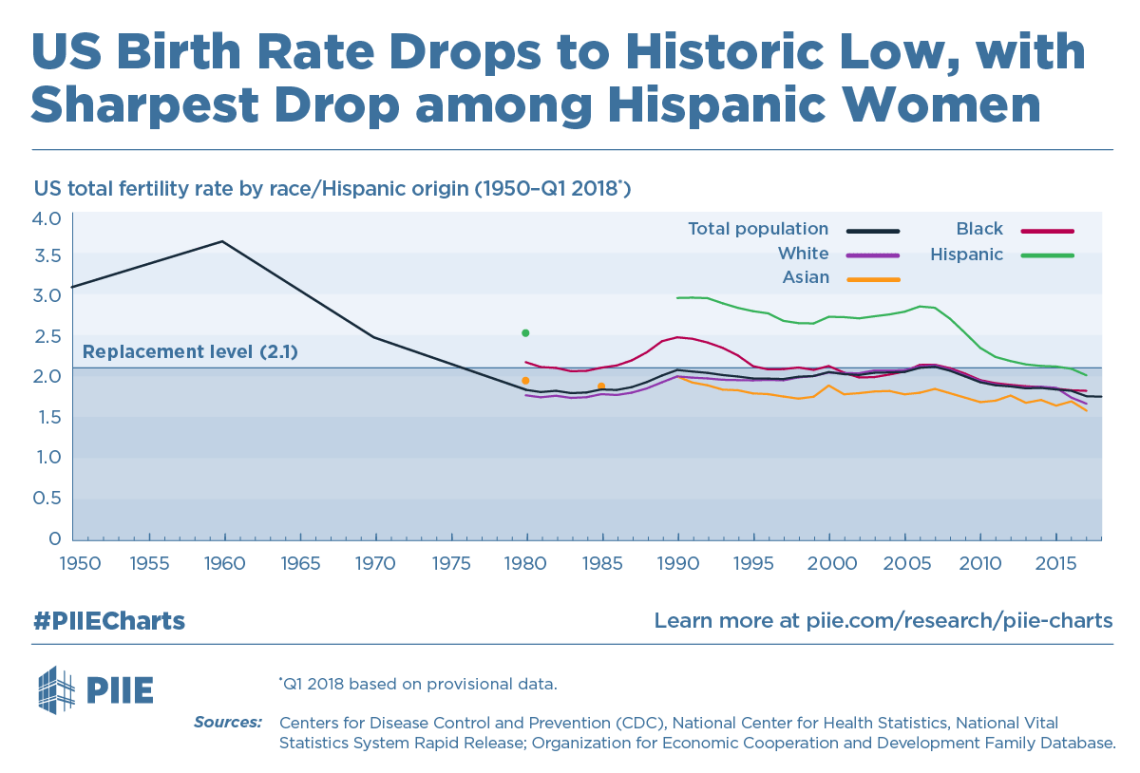 Women in the United States are having fewer children now, on average, than at any point since 1950. Preliminary data show the US total fertility rate (TFR) fell to 1.76 in early 2018. The rate has remained below replacement level since 2008—this is the number needed for the population to stay the same from one generation to the next, excluding migration. All racial groups saw a decline in fertility levels following the Great Recession, but Hispanic women experienced the sharpest drop.

The US birth rate is now below the most recently reported rates for France and Russia. It is also below the long-term TFR rate of 1.8 currently assumed by the Social Security Trust Fund Trustees in their “bad scenario.” Unless US fertility levels rebound in the coming years, many long-term economic projections may be too optimistic.

The US economy grew faster than expected in 2021, but the pandemic transformed its composition