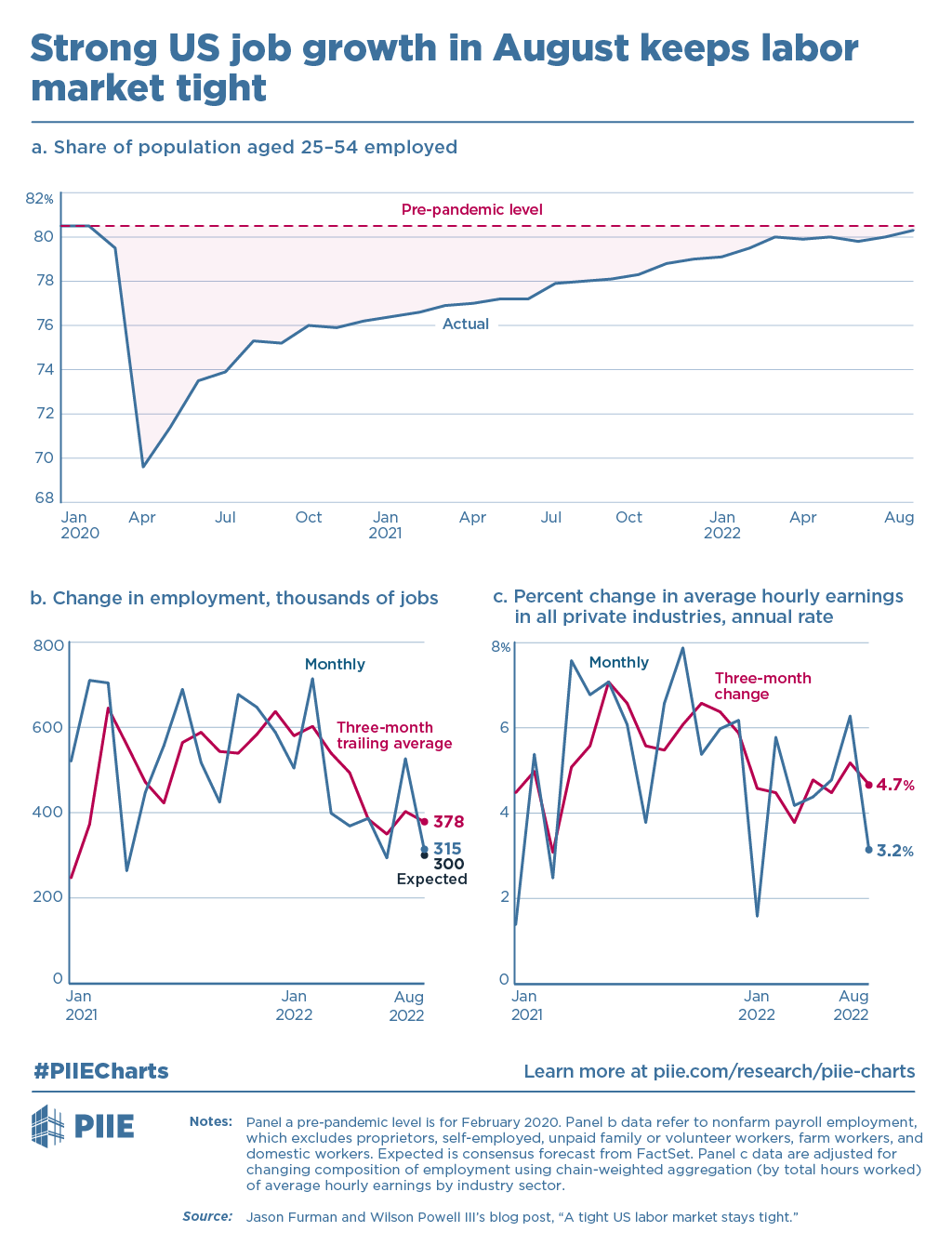 The US labor market has been very tight for over a year, and it remained tight in August as the economy added 315,000 jobs. As labor force participation improved substantially, the share of the prime-age (25-54) population that is working increased to near its pre-pandemic level. While there were signs that wage growth may be cooling from very high levels in recent months, it remains high and could keep inflation elevated.

US job growth has slowed from its extremely fast pace in the second half of 2021, but it is still outpacing the year before the pandemic. These additional jobs have now pushed payroll employment higher than it was in February 2020. The labor force participation rate increased 0.3 percentage point in August, while the employment rate for workers aged 25–54 closed all but 0.2 percentage point of the remaining gap from its pre-pandemic level.

Average hourly earnings grew by 3.2 percent at an annual rate in August (adjusted for industry-level composition changes), a slowdown from the 6.0 percent in the second half of 2021, but also faster than normal. The three-month change remained high at 4.7 percent, consistent with a core personal consumption expenditures (PCE) inflation rate of around 4 percent.

The August data show that the economy remains strong and that the labor market looks far from recessionary—in fact, it appears closer to a boom than a recession. The elevated pace of wage growth, however, indicates inflation will likely remain above the Federal Reserve's target.

This PIIE Chart is based on Jason Furman and Wilson Powell III's blog post, A tight US labor market stays tight.