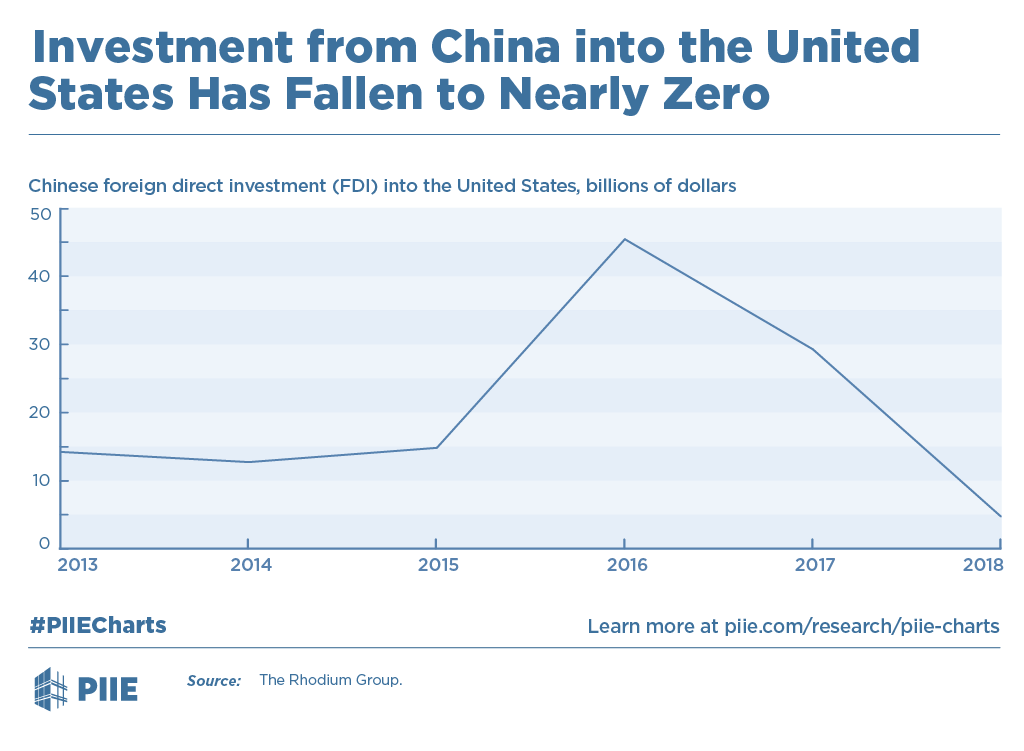 This post, originally published on December 27, 2018, has been updated with more recent figures.

Chinese investment in the United States virtually dried up in 2018. Chinese foreign direct investment (FDI) fell 84 percent in 2018 compared to 2017, from $29.4 billion to $4.8 billion. Several factors are at play. Investors have shied away amid the Trump administration’s trade war and new US legislation that grants more power to monitor Chinese FDI into the United States. Regulators like the Committee on Foreign Investment in the United States (CFIUS) and the Federal Communications Commission (FCC) have increasingly blocked or reversed investment deals in the name of national security. Beijing has also ramped up capital controls in an attempt to stop funds from leaving the country.