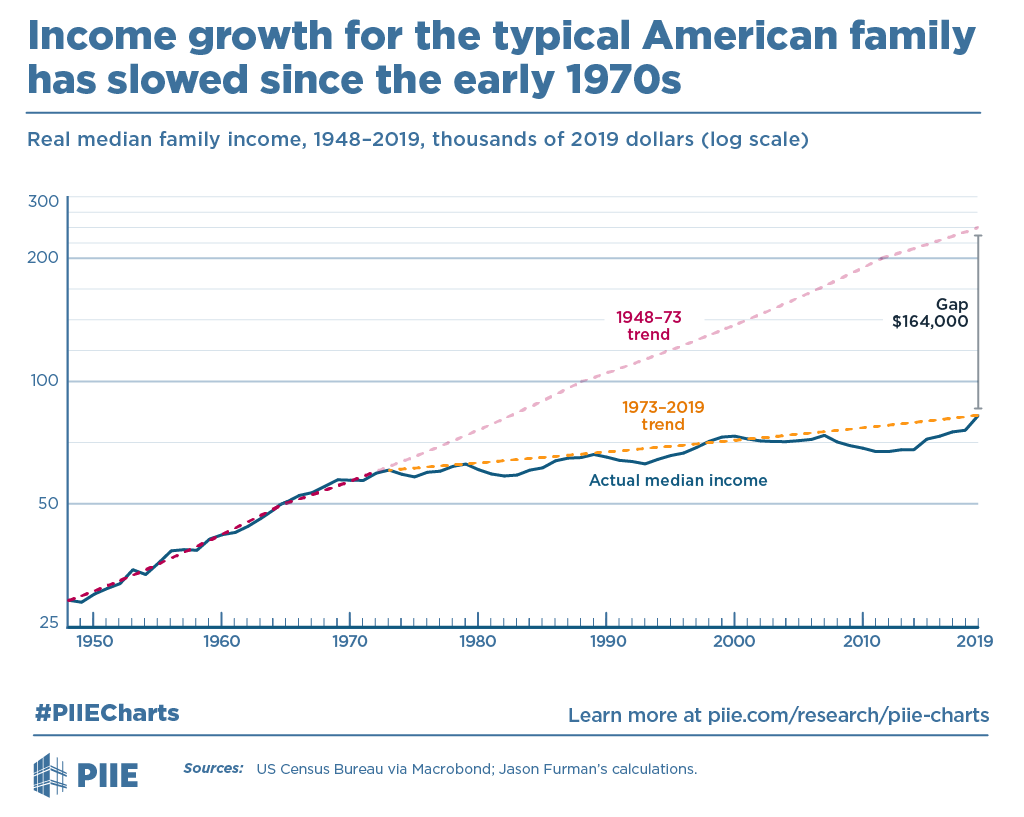 From 1948 to 1973, the typical American family’s income grew by 3 percent annually, doubling roughly once a generation. Since 1973, the median family income has risen just 0.6 percent per year, a much slower rate than ought to be possible.

Three unfavorable developments have converged to slow income growth. Productivity growth has slowed as firm innovation has not kept pace with the boom of the post-war years. Economic inequality has risen: After increasing between 1948 and 1973, the share of national income going to the bottom 90 percent of earners fell over the following decades as incomes grew among the top earners. Finally, labor force participation has fallen. Labor force participation for prime-age (25-54) women has flatlined since 2000, while prime-age men have increasingly withdrawn from the labor force over the past several decades.

Reversing these three trends could unlock faster income growth; policies that make the economy more competitive, reduce earning disparities, and enable people to work have the potential to boost the economic progress of families and overall US economic performance.

This PIIE Chart was adapted from Jason Furman’s testimony on economic disparity and American families before the Select Committee on Economic Disparity and Fairness in Growth.