How are central bank digital currencies different from other payment methods?

Revised April 26, 2021. This version expands on the relationship between central banks and payment methods and explains the role of cryptocurrencies in the payment landscape. 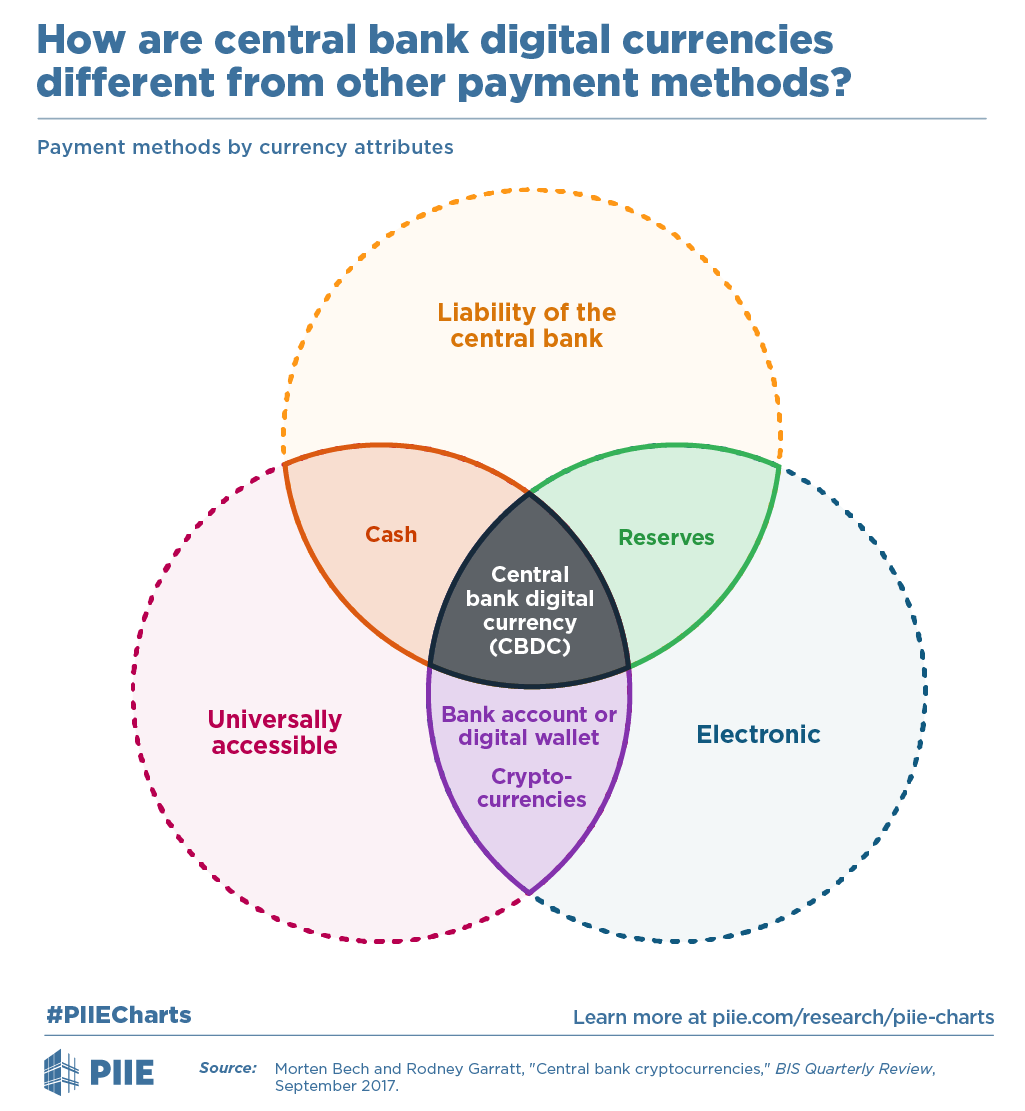 Currency and payments have already gone digital. A consumer can choose among many digital payment instruments with retailers, including credit cards, app-based payments, or online mechanisms. So what, if anything, is new about central bank digital currencies (CBDCs)?

A wide variety of designs and features have been proposed for CBDCs and the payment systems that will accompany them, but these share one attribute that is fundamentally new: giving consumers and regular businesses access to electronic central bank money. Financial institutions already have a digital payment method based on central bank money. When financial institutions pay each other, they pay in reserves from accounts held with a central bank. But these are available only to a small set of intermediaries, generally banks. Today the only way for consumers to use money that is a direct liability of a central bank is with physical cash. Existing digital retail payment tools use the same currency unit (dollar, euro, renminbi), but they are based on money that is the liability of the institution providing the account, not a central bank.

For consumers, access to electronic central bank money allows for safer payments. Central banks can always print money, so they cannot fail in the same way that private institutions that currently settle consumer digital payments could. The latter could go bust while a payment is pending, resulting in lost funds. Nevertheless, the advantage of CBDCs in this sense may not be very large for consumers in countries like the United States and China, which have robust regulations and government backstops that ensure people do not lose funds if their financial institutions fail. In countries without credible accountholder protections, however, CBDCs may offer useful security benefits.

It is still too early to tell exactly what new CBDCs will look like because only one central bank, that of the Bahamas, has issued one. Those that emerge will have other features that distinguish them from other forms of money and payments, but at its core this chart demonstrates what distinguishes CBDCs from cash (digital form and transactions), reserves (widely accessible), and bank accounts and digital wallets (central bank money). Though the chart incorporates cryptocurrencies, CBDCs share many more features with existing payment methods based on today’s fiat money than they do with cryptocurrencies, which are a bit of a special case distinct from the other forms of payment included here. While some vendors accept cryptocurrency payments, cryptocurrencies at present are more volatile digital assets used for speculation than they are instruments for day-to-day payments.

This PIIE Chart was adapted from Martin Chorzempa’s testimony on China’s pursuit of leadership in digital currency before the US-China Economic and Security Review Commission.