Historically, US GDP Growth has been Higher than the Interest Rate 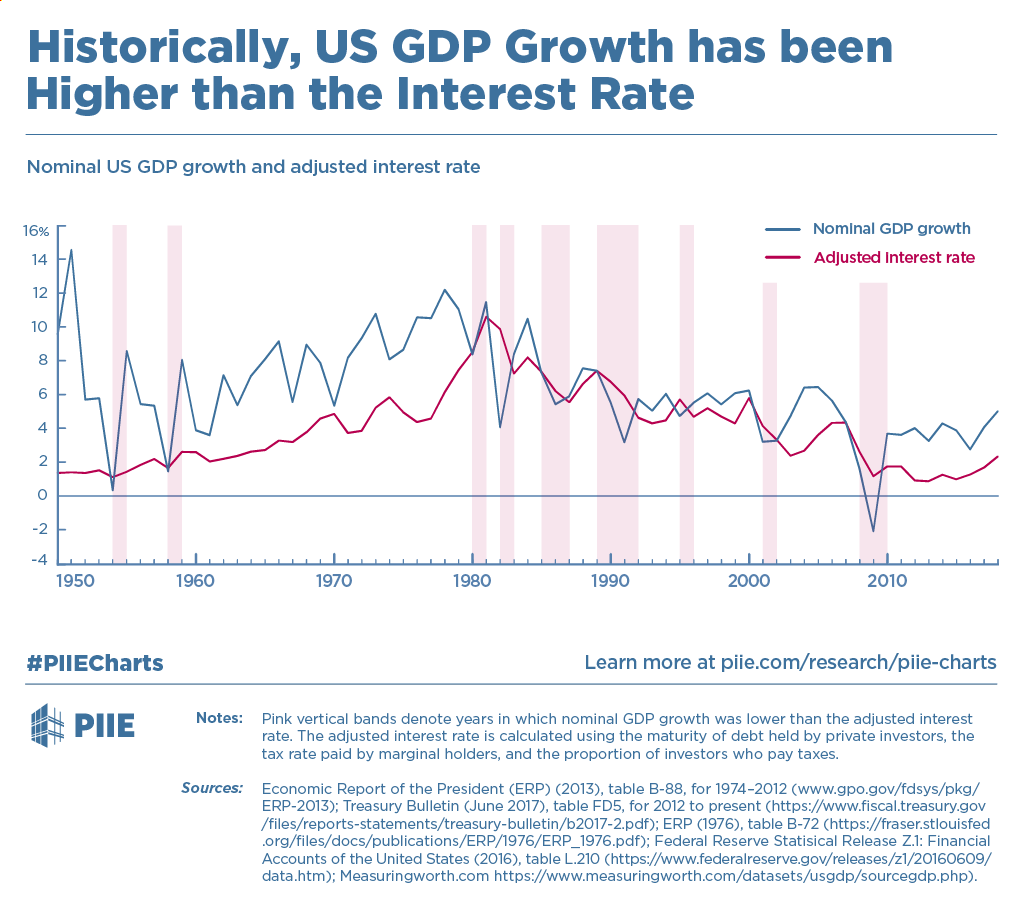 In his presidential address entitled “Public Debt and Low Interest Rates” at the annual American Economic Association, Olivier Blanchard said that public debt was not as inherently undesirable as many analysts say. In the current era of low interest rates, when GDP growth rates are higher than the interest rate on safe assets, limited deficits and debt may allow governments to expand investment and improve social welfare without producing an undue fiscal burden. This chart shows that for the United States, nominal GDP growth at a rate higher than the interest rate on risk-free assets has been the norm.

Public Debt: Fiscal and Welfare Costs in a Time of Low Interest Rates