The figure below, from a recent PIIE working paper by Caroline Freund and Dario Sidhu, shows average concentration ratios, measured as the share of total industry revenues accruing to the four largest firms in a sector, for 2006 and 2014. Circles below the 45 degree line indicate sectors that became less concentrated between 2006 and 2014. Sectors with the largest decreases tend to be nontraded services, such as travel, research and development, and legal services—although average concentration has also declined in traded industries. 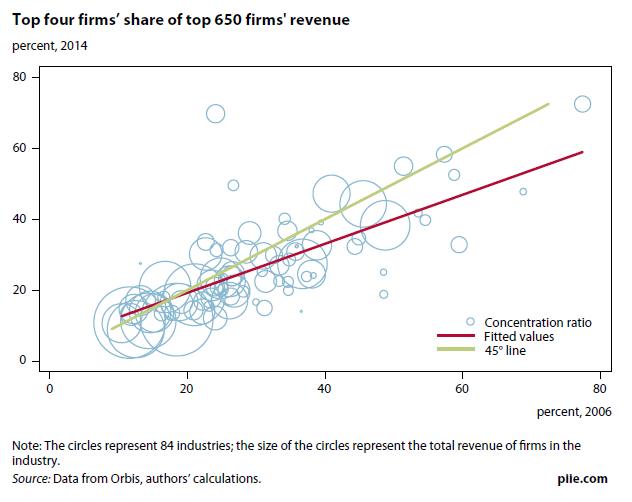 Declines are relatively starker in industries with a growing number of firms from emerging-market economies, suggesting that the rise of industry leaders from these countries is contributing to global competition.

However, this decline does not extend to all industries. Some industries, such as natural resources, metals, real estate, and civil engineering, have become significantly more concentrated over the same period. Chinese state-owned enterprises are present among the top four firms in many of these sectors.

These results to an extent ease concerns about growing monopoly power in the United States or other advanced countries. While larger firms may be dominating their industries domestically, they are competing vigorously on an international level with foreign firms. However, Chinese state-owned enterprises may be distorting competition in some sectors. 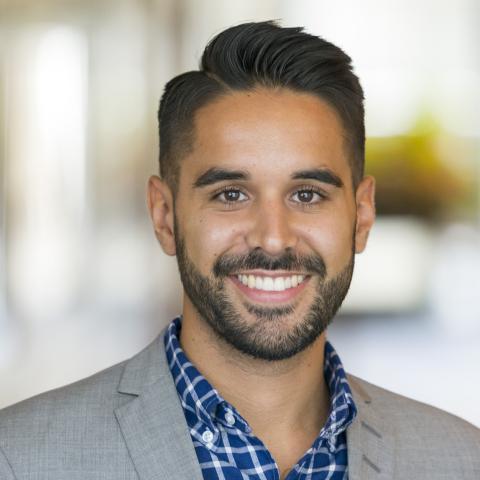