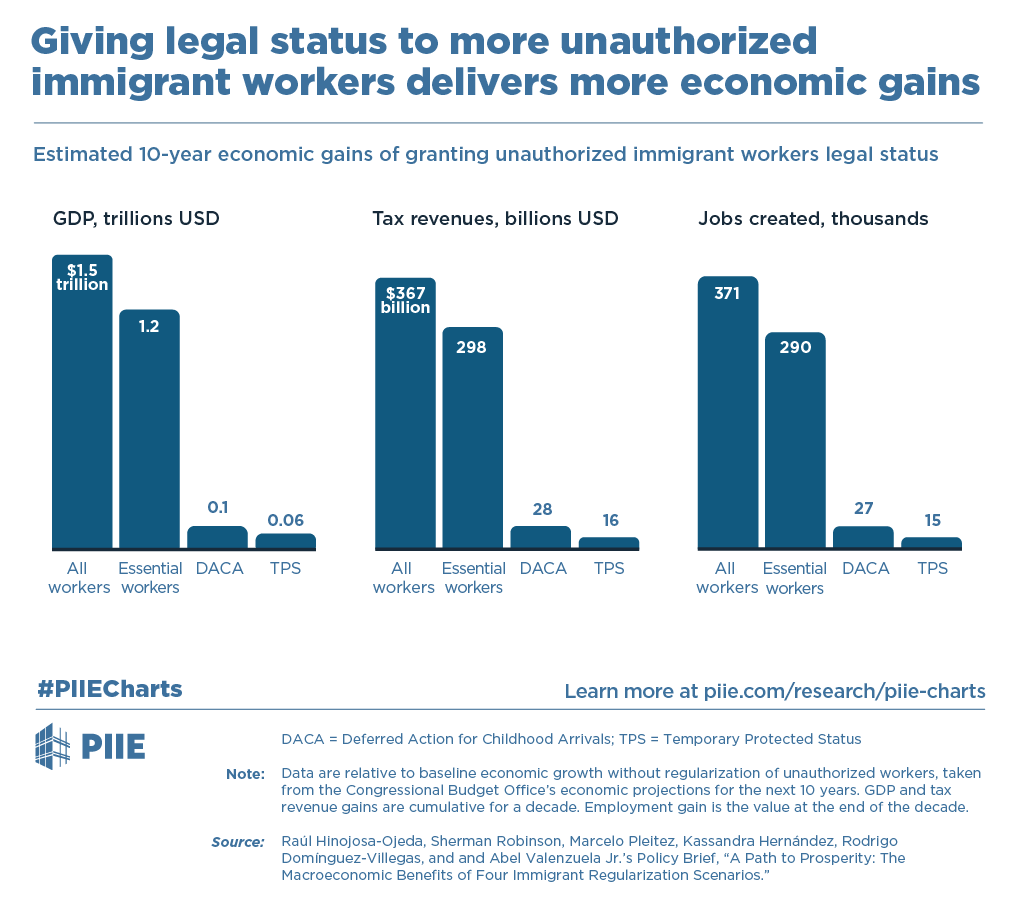 President Joseph R. Biden Jr. pledged to offer a path to citizenship for the roughly 11 million unauthorized immigrants living in the United States, sparking debate in Congress around who should be eligible. The opposition focuses on not rewarding illegal conduct, while the economic benefits of regularizing unauthorized migrants get overlooked.

Of the four scenarios for regularization and citizenship under discussion in the House and Senate, the proposal offering a path to citizenship to all unauthorized workers delivers the highest returns. Under such a scenario, cumulative US GDP would expand by around $1.5 trillion over the decade 2022–31, raising $367 billion in additional tax revenue, and creating 371,000 new jobs at the end of the decade. If only essential workers can pursue legal status, the economic gains would be more modest.

Restricting regularization to Deferred Action for Childhood Arrivals (DACA) recipients or to workers with Temporary Protected Status (TPS) would severely curtail the potential economic benefits. DACA recipients would generate slightly more than $100 billion in cumulative GDP by 2031 and workers with TPS even less, resulting in an additional $28 billion and $16 billion in respective tax revenues, and just 27,000 and 15,000 more jobs.

This PIIE Chart was adapted from the authors’ working paper published by the Latino Policy and Politics Initiative at the University of California, Los Angeles, “A Path to Prosperity: The Macroeconomic Benefits of Four Immigrant Regularization Scenarios.”

GOP Tax Plan Will Stunt Innovation in Its Infancy