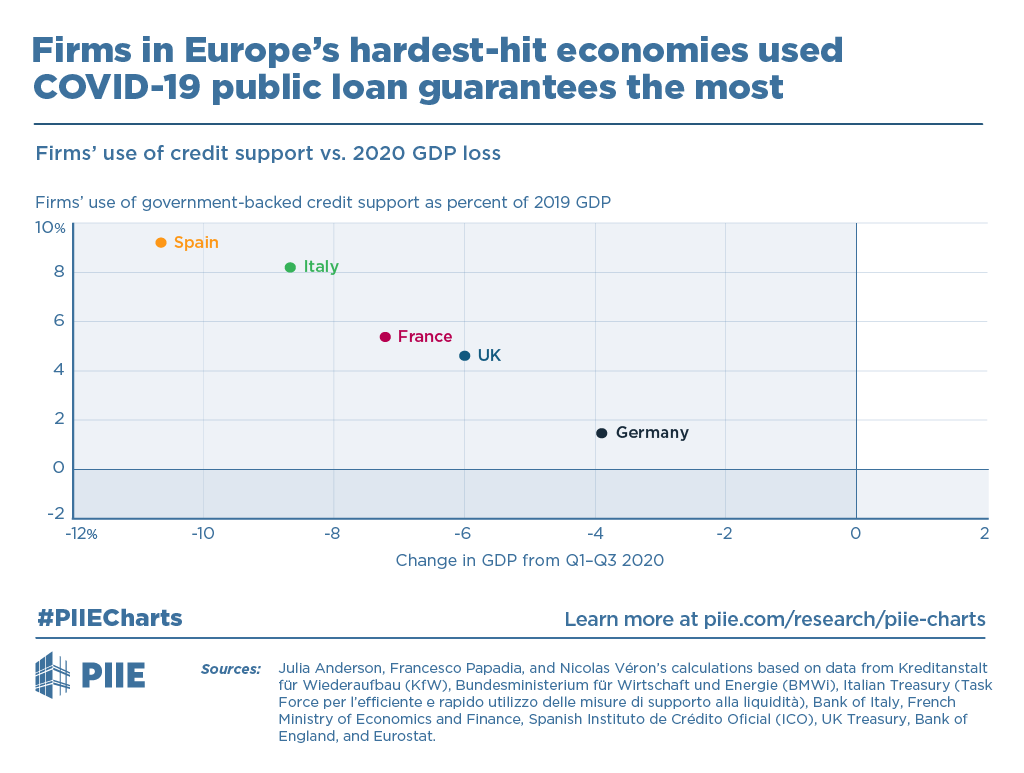 In 2020, European governments sought to soften the economic blow from the pandemic through credit support programs like loan guarantees. These programs helped keep viable firms afloat during the lockdowns.

Credit support measures were more popular in some European countries than others—the take-up in 2020 ranges from 1 percent of 2019 GDP in Germany to 9 percent in Spain. The varying severity of the economic shock from COVID-19 appears to largely explain the differences across countries. GDP data suggest it was hardest on businesses in Spain and mildest in Germany, while France, Italy, and the United Kingdom lie between the two extremes. Credit support largely tracks GDP loss.

In the early phase of the pandemic, there was a concern that EU member states with more fiscal policy latitude (e.g., Germany) would provide more support to their domestic economies than member states with higher sovereign debt (e.g., Italy). A divergence in responses might have fragmented the European single market and strained the European Union’s political unity. That such stress did not happen counts as an EU policy success.

Euro Area Can Make Progress—Even Without an Unlimited Fiscal Backstop

The Road to a European Banking Union: Part III

The Road to a European Banking Union: Part II