Fewer Chinese investments in the US are raising national security concerns 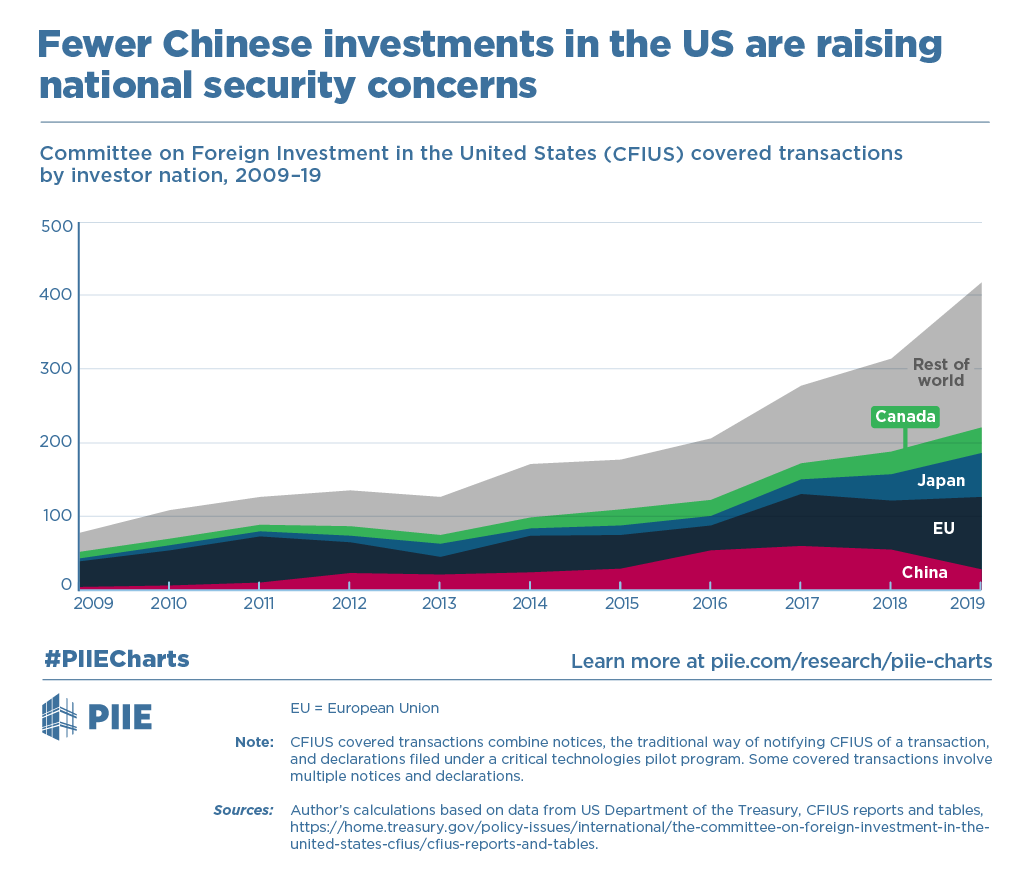 The US bans on Chinese mobile phone applications TikTok and WeChat over national security concerns reflect a broad hawkish shift to rethink US relations with China regarding technology and security. Thus, it may seem counterintuitive that the number of Chinese investments in the United States facing a national security review has declined over the past few years. After years as the country whose investors faced the most scrutiny, it fell to the third most in 2019.

CFIUS has become so hostile to Chinese investors that most now shy away from any investment that could be perceived as being related to national security. In the past, they would attempt to reach a compromise with CFIUS that alleviated its security concerns, such as limiting Chinese nationals' access to technology or data. Now that Chinese deals have plummeted, CFIUS is more likely to be reviewing investments from allies like Japan or EU nations than Chinese deals.

This PIIE Chart was adapted from Martin Chorzempa's blog post, "Trump's ban on WeChat and TikTok lacks clarity and will not solve our data security problems."