For an overview of how the European Union's proposed Carbon Border Adjustment Mechanism would work, read PIIE's explainer on the subject. 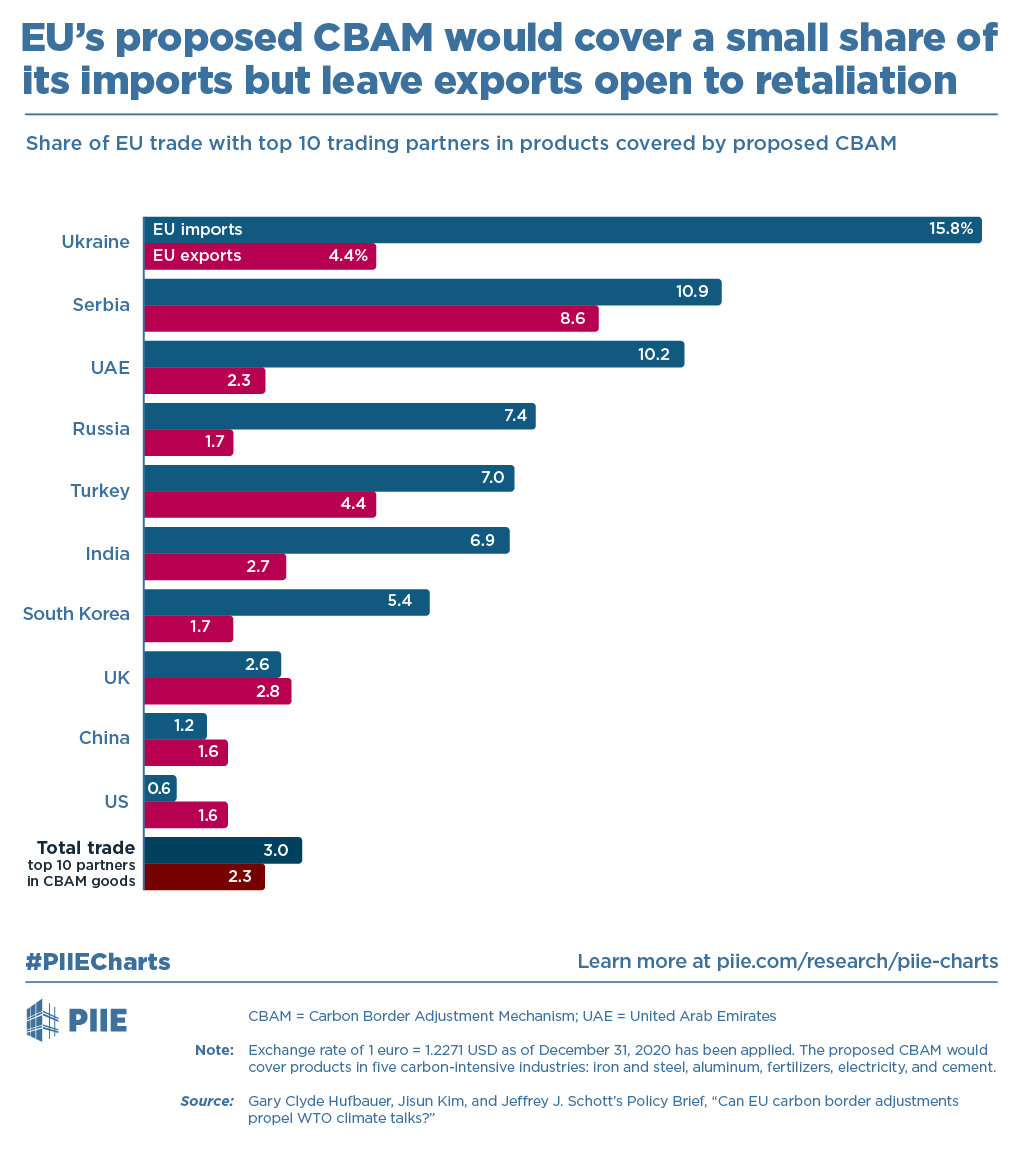 To ensure that its domestic manufacturers are not disadvantaged by limits on carbon emissions, the European Union has proposed a Carbon Border Adjustment Mechanism (CBAM), which could disrupt the world trading system. The CBAM would cover five carbon-intensive industries: iron and steel, aluminum, fertilizers, electricity, and cement. Imports of products in these sectors made with less stringent curbs on carbon emissions would have to pay a border tax to sell in European markets. Despite its application to major heavy industries, the  carbon fee initially would affect only a small share of  shipments to the European Union.

Ukraine would be most affected by the policy. Almost 16 percent of its exports to the EU would be covered, still a relatively small share of its total sales to the bloc. Serbia and the United Arab Emirates are the only other partners that would have more than 10 percent of their exports to the EU covered. US exports affected by the initial list of CBAM products are limited to $1.4 billion of US steel and aluminum products, representing just 0.6 percent of total US sales to the EU. Trade in CBAM products with its 10 largest trading partners make up only around 3 percent of the EU's total merchandise imports.

Over the long term, however, the CBAM will become a heavier burden on trading partners, especially as emissions caps tighten, increasing the cost of carbon. The EU is also likely to widen the application of the CBAM to include manufactured goods and transportation. Indirect emissions from electricity use could also be considered in the EU calculations. Several EU trading partners will likely challenge the policy at the World Trade Organization and could levy retaliatory tariffs against EU exports. If retaliatory measures are limited to the same product categories covered by the CBAM—an optimistic assumption—they could cover 2.3 percent or more than $31 billion of EU exports, of which  $6.9 billion go to the United States.