Chinese Investment into the US and EU Has Plummeted since 2016 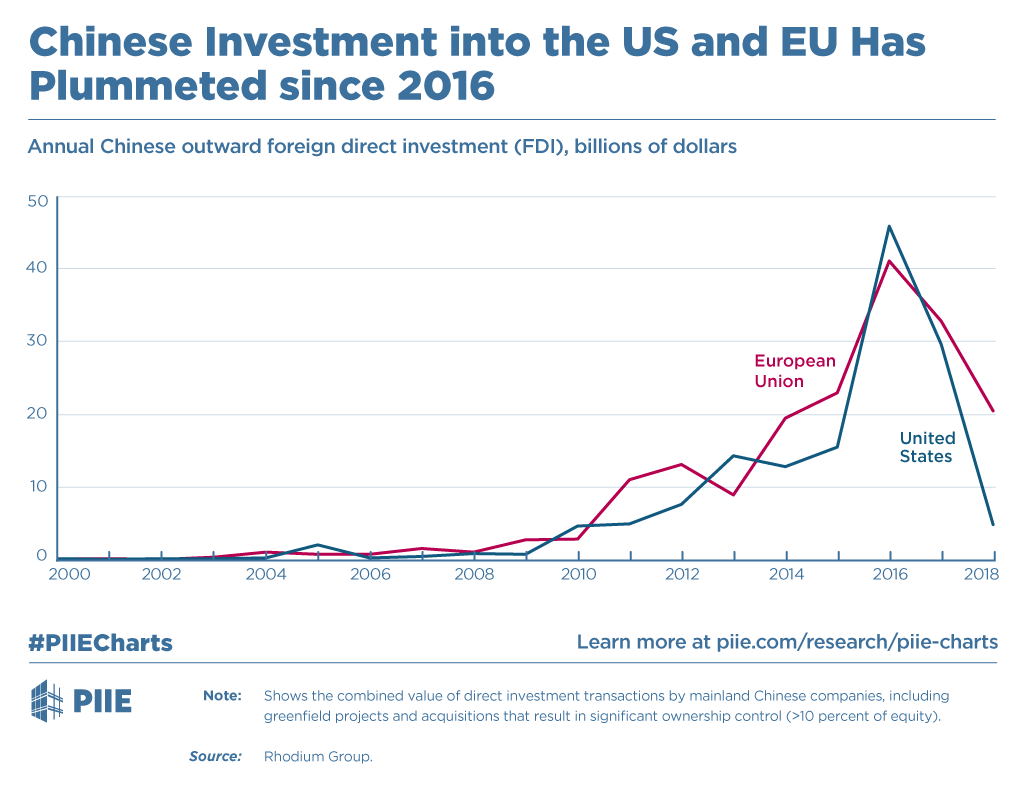 For years, China has been one of the world’s fastest growing sources of outward foreign direct investment (FDI). In 2016, China invested $46 billion into the United States and $41 billion into the European Union. Total outward FDI exceeded $200 billion or nearly 2 percent of the country’s GDP.

But by 2018, investment into the United States dropped to less than $5 billion, while the European Union received short of $21 billion. Total outward FDI dropped by more than half.

The drop-off is mostly due to tougher restrictions in China on capital outflows placed in 2017 but also because of tougher US and European screening measures for foreign investments and heightened political tensions, especially between China and the United States.

This chart was adapted from Jacob Funk Kirkegaard’s Policy Brief 19-12, Chinese Investments in the US and EU Are Declining—for Similar Reasons.