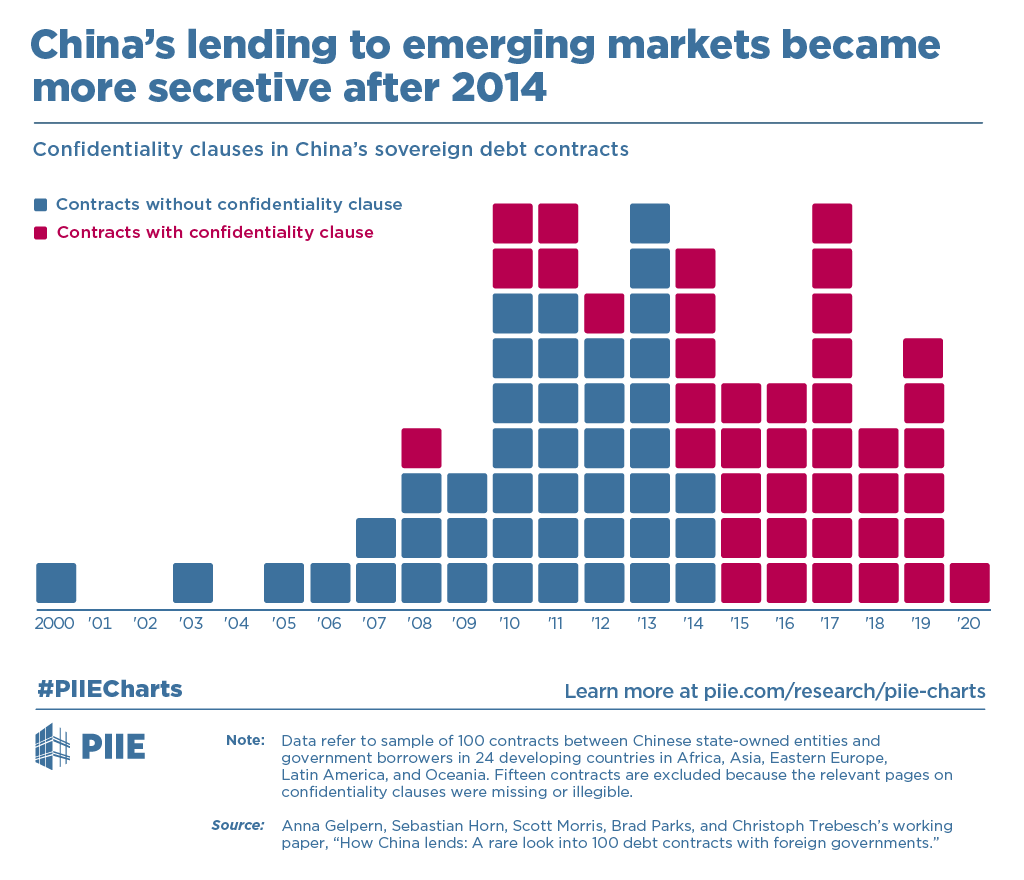 The confidentiality clauses have also become more restrictive than those used by other lenders. The standard Loan Market Association commercial loan contract template puts most of the nondisclosure burden on the lender; official creditors outside China sometimes require borrowers to keep transaction-related documents confidential. The Export-Import Bank of China, by contrast, prohibits the borrower from sharing loan contract terms or any other information relating to the loan without the lender’s permission, unless required by law. The only other lender in the study to use similar clauses is the French Development Agency (Agence Française de Développement [AFD]), but the clauses appear less often—in two out of ten AFD contracts in the benchmark sample.

Expansive confidentiality clauses can shield officials from embarrassment, protect strategic or commercially sensitive information, hide preferential repayment arrangements, or help cover up corruption. Their overall effect is likely to be harmful. Hiding the true extent of the sovereign borrower’s commitments may cause other creditors to charge higher interest rates to reflect the increased uncertainty and would complicate loan renegotiation in a debt crisis. Economic policies—including International Monetary Fund and multilateral bank programs—based on inaccurate assumptions about the debtor’s financial condition have little chance of success. Creditor- and debtor-country citizens, whose taxes fund and repay the loans, have no way to hold their governments accountable for poor or corrupt financial decisions.

This PIIE Chart was adapted from the authors’ Working Paper, “How China lends: A rare look into 100 debt contracts with foreign governments.”

The Financial Sector and Growth in Emerging Asian Economies

From Credit to Crisis