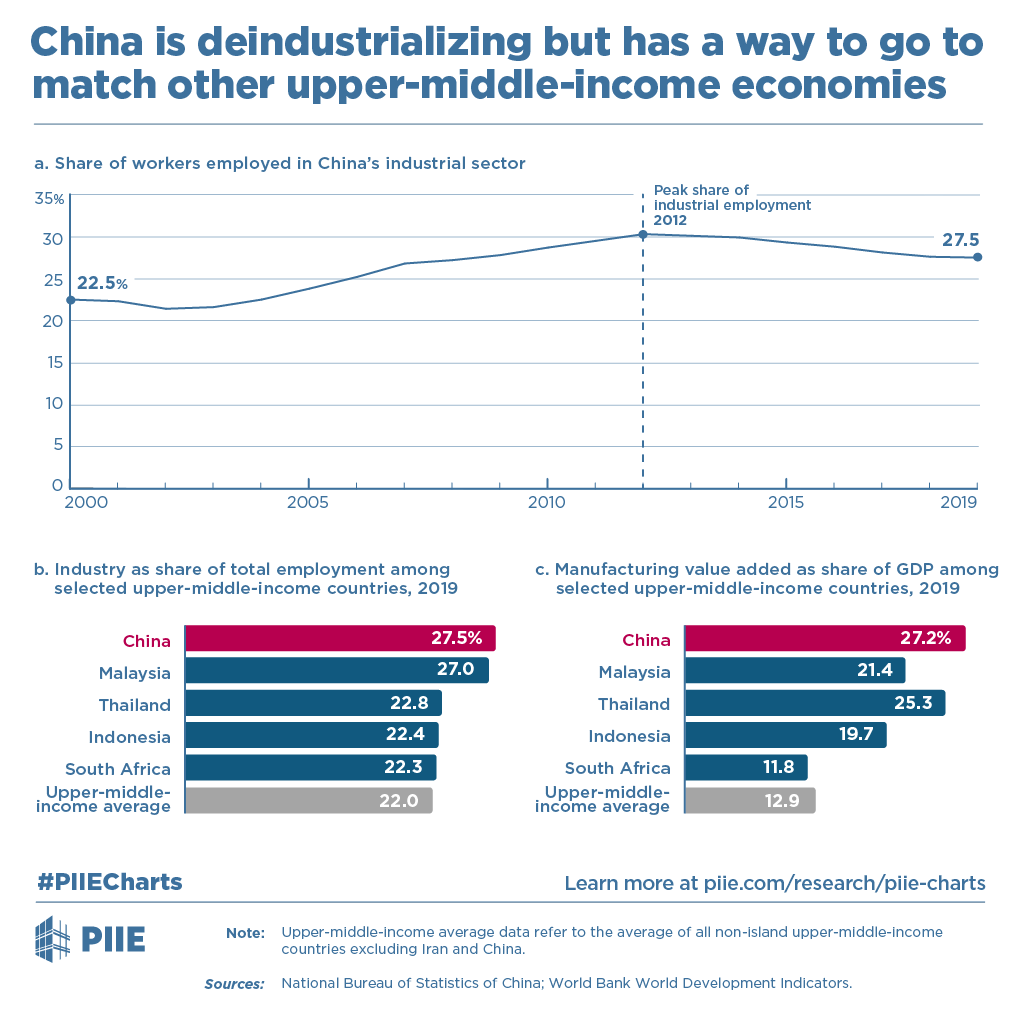 This deindustrialization trend is set to continue. In 2019, China’s industrial sector still employed a larger share of workers than those in other upper-middle-income economies, where industry accounted for an average of 22 percent of jobs. In China, this figure was more than 27 percent. Similarly, China’s manufacturing sector contributed more to GDP than those in other comparable economies. The value added from China’s manufacturing sector as a share of GDP was more than 27 percent in 2019, almost 15 percentage points higher than the upper-middle-income average, indicating there is more deindustrialization to come.

This PIIE Chart was adapted from Mary E. Lovely’s testimony on US-China relations before the US-China Economic and Security Review Commission.