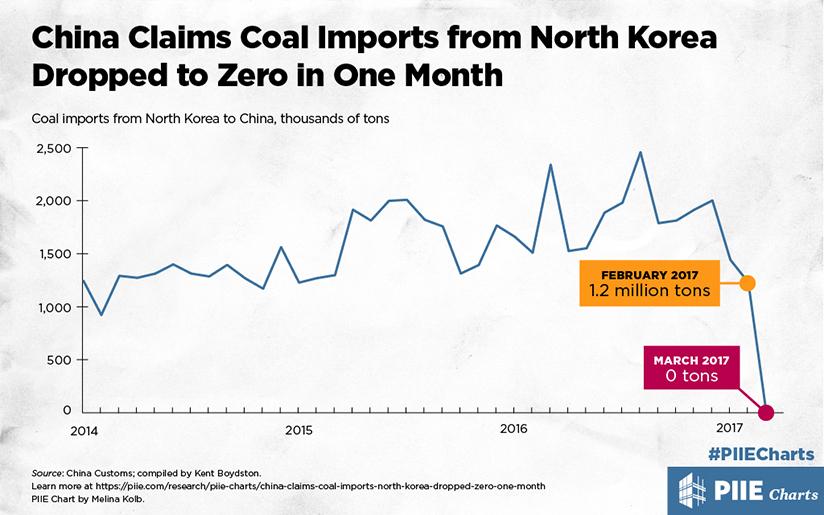 There were over one million tons of coal imported from North Korea into China in February and none in March, claims China in its latest trade data. China made the surprise announcement of its plans in February to cut off all North Korea coal imports, signaling it was taking a harder line against the rogue state. However, data from China's customs agency do not account for lower-level smuggling, and anecdotal evidence, including satellite imagery, places the accuracy of the data in question.

This PIIE Chart is adapted from Kent Boydston’s blog post “How Good is China at Sanctions Enforcement?”

Networks, Trust, and Trade: The Microeconomics of China-North Korea Integration

Integration in the Absence of Institutions: China-North Korea Cross-Border Exchange

A Security and Peace Mechanism for Northeast Asia: The Economic Dimension