How Good is China at Sanctions Enforcement?

In February, China announced that it was cutting off all coal imports from North Korea for the rest of the year effective immediately. The move was somewhat of a surprise, as it seemed to exceed commitments under UNSC Resolution 2321, which appeared to allow a somewhat more generous cap. China Customs has now released trade data for March, and sure enough, they report zero coal imports from North Korea, a $97 million drop in one month. And as I noted last month, other evidence suggests that North Korean coal shipping operations have been disrupted. 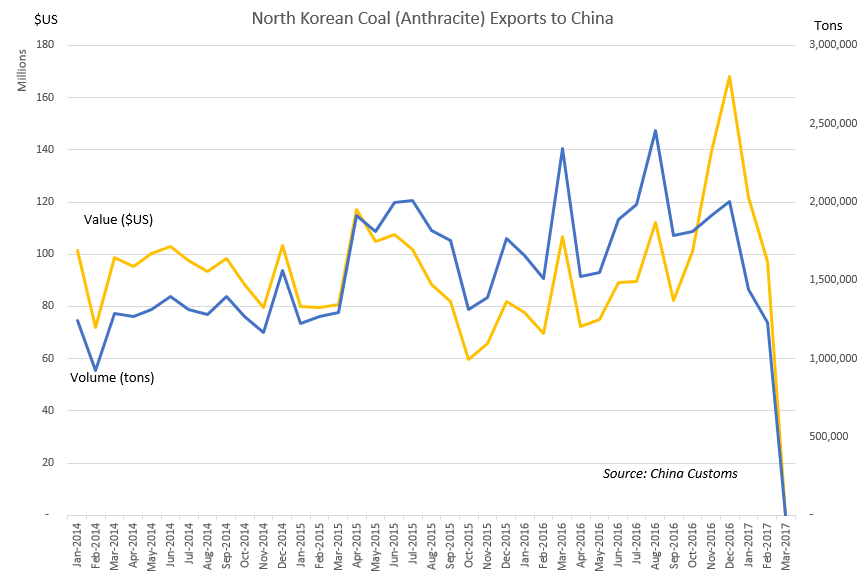 But has China really given up North Korean coal cold turkey? Probably not, and even if they really wanted to, it’s hard to believe in 100 percent compliance because of the challenges of lower-level smuggling. Indeed, North Korean ships with “troubled pasts” have been tracked docking at a Chinese coal port.

But even assuming robust Chinese coal sanctions enforcement, if North Korea rebalances its cash-generating energies elsewhere—including to other extractive industries—these sanctions could lose their bite. While coal trade officially dropped to nothing in March, iron ore exports were up 270 percent in January and February compared to the same period in 2016. This increase doesn’t come close to plugging the coal gap. If we look at year-on-year North Korean exports to China, January and February both saw an uptick followed by a downtick in March, which is to be expected if coal exports dropped to zero. But trade has not dropped to the post-UNSCR 2270 May 2016 figure (see below), the lowest monthly North Korean exports to China since February 2010.

It’s also worth noting that while iron ore is banned by UNSCR 2321, China invokes the “livelihood purposes” exemption clause to justify continuing imports, the same game that was played when the coal ban was initially introduced in UNSC Resolution 2270 following the fourth nuclear test. 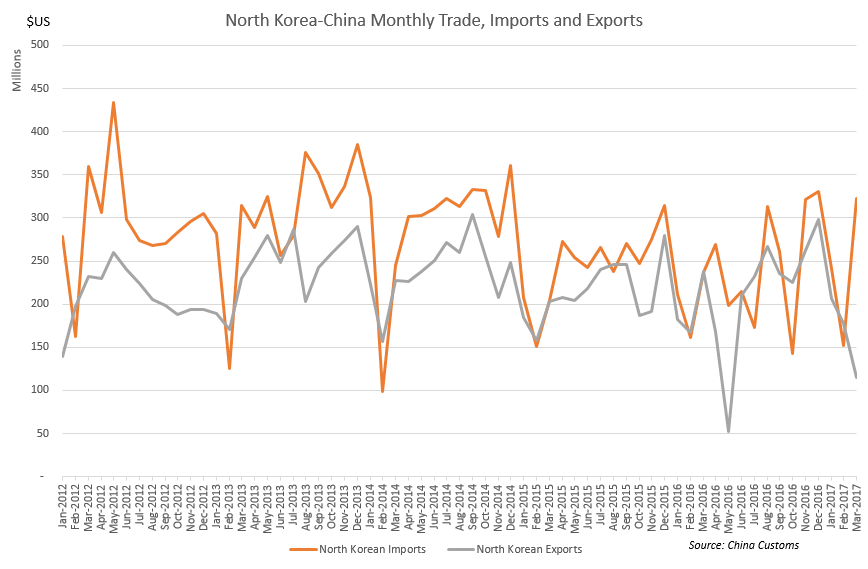 On the other side of the ledger, it does not appear that the sanctions are having any effect on China’s exports to North Korea. In fact, in March 2017, North Korea recorded the largest monthly trade deficit since December 2009, the month of the DPRK’s botched currency redenomination. March is just one month, but North Korea has run annual trade deficits with China for the last several years; According to the latest KOTRA report, the deficit was $743 million in 2015. Because North Korea is able to run a trade deficit China Customs’ monthly figures for total China-North Korea trade (see below) do not yet show a noticeable drop. And because China does not publish crude oil exports to China, these overall trade figures, and particularly North Korea’s deficit, are artificially low. (See last week’s report by Chen Aizhu at Reuters on China’s oil lifeline to North Korea.) 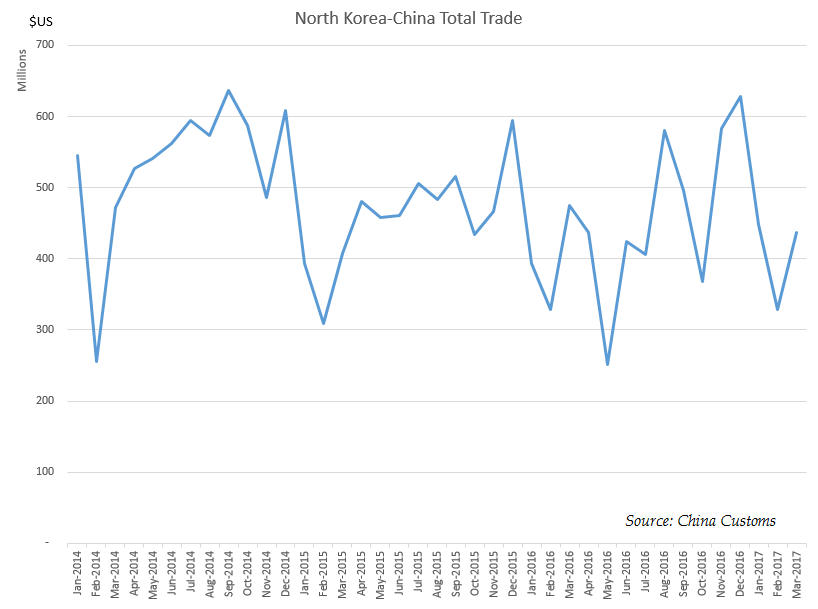 How long can North Korea fund a large, and expanding trade deficit? If China really is turning the screws on North Korean exports—and barring major cash reserves or significant other means to generate cash—then the DPRK would eventually face balance of payments difficulties, which would have repercussions across the economy and lead to a depreciation of the North Korean won. Despite news of an uptick in gas prices in Pyongyang, the enduringly stable unofficial won rate (below) suggests this is not happening yet, at least not in the black markets where average North Koreans have their ears to the ground.

In the end, the economic data may prove less important than how the politics plays out. In the last 48 hours, relations between the two countries have publicly soured, suggesting that China may be doing more behind the scenes than the trade numbers suggest. The best thing the Trump administration can do at the present would be to hold a lower profile and quit crowing about how much pressure it is bringing to bear on China. 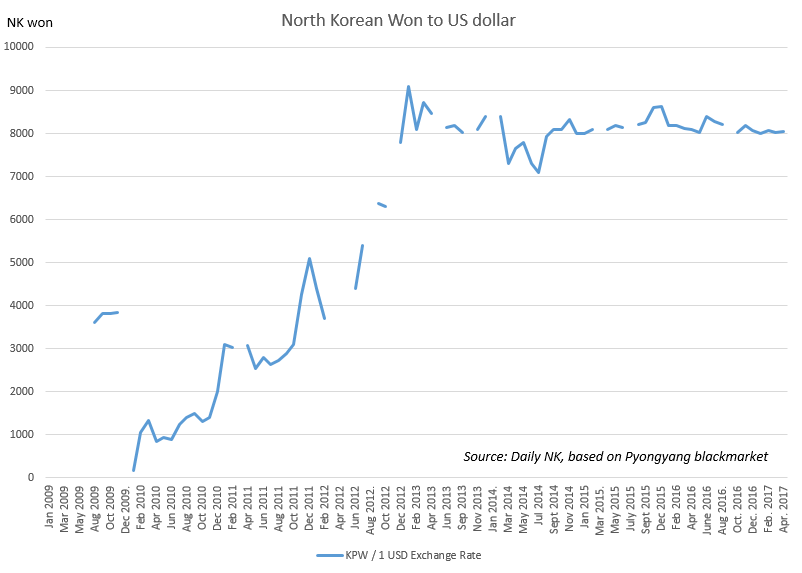