CFIUS declarations have risen under Trump, but investigations have declined since 2017 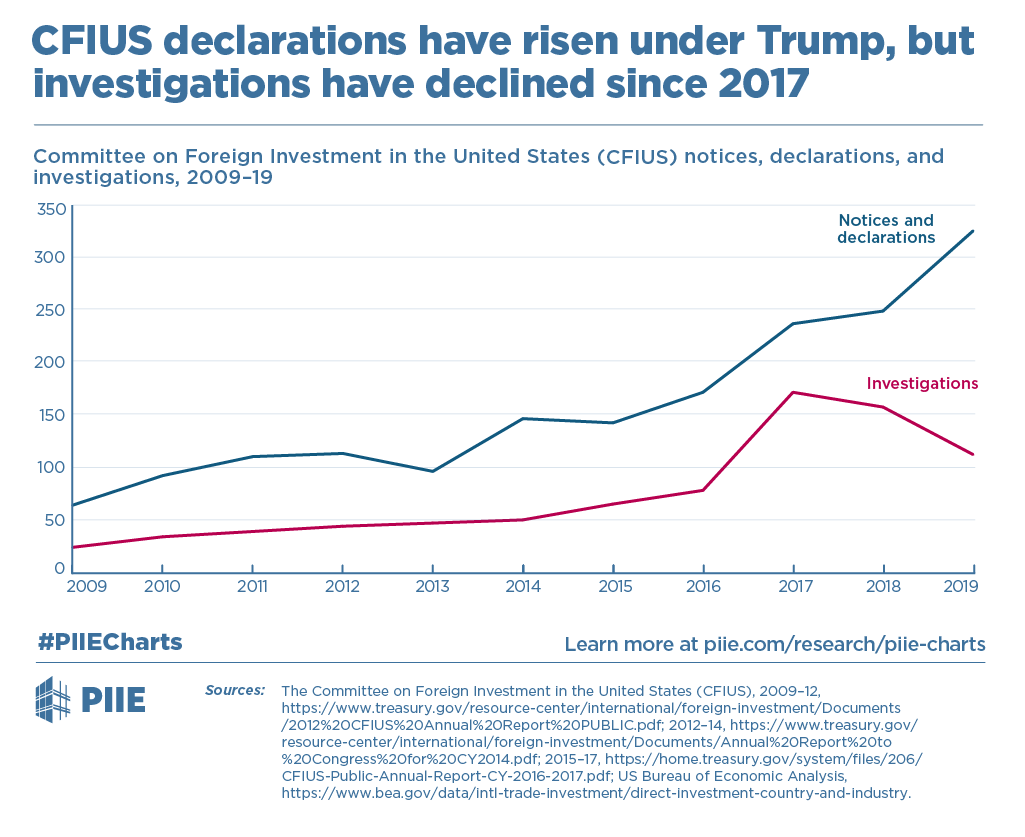 The Committee on Foreign Investment in the United States (CFIUS), the body that screens foreign investment transactions to determine if they threaten US national security, has seen a steady increase in cases under the Trump presidency. Investors notified CFIUS of 237 deals in 2017, up from 172 deals in 2016.

In 2018, the Foreign Investment Risk Review Modernization Act (FIRRMA) came into law, expanding CFIUS jurisdiction and subjecting more deals to heightened scrutiny. Many investors who had never thought of their deals as being related to national security had to notify CFIUS of their transactions for the first time. As a result, investors reported 249 transactions to CFIUS in 2018, and 325 in 2019.

This PIIE Chart was adapted from Martin Chorzempa's blog post, "Trump's ban on WeChat and TikTok lacks clarity and will not solve our data security problems."