An earlier version of this PIIE Chart incorrectly labelled the data as core monthly inflation data at an annualized rate and has since been corrected. 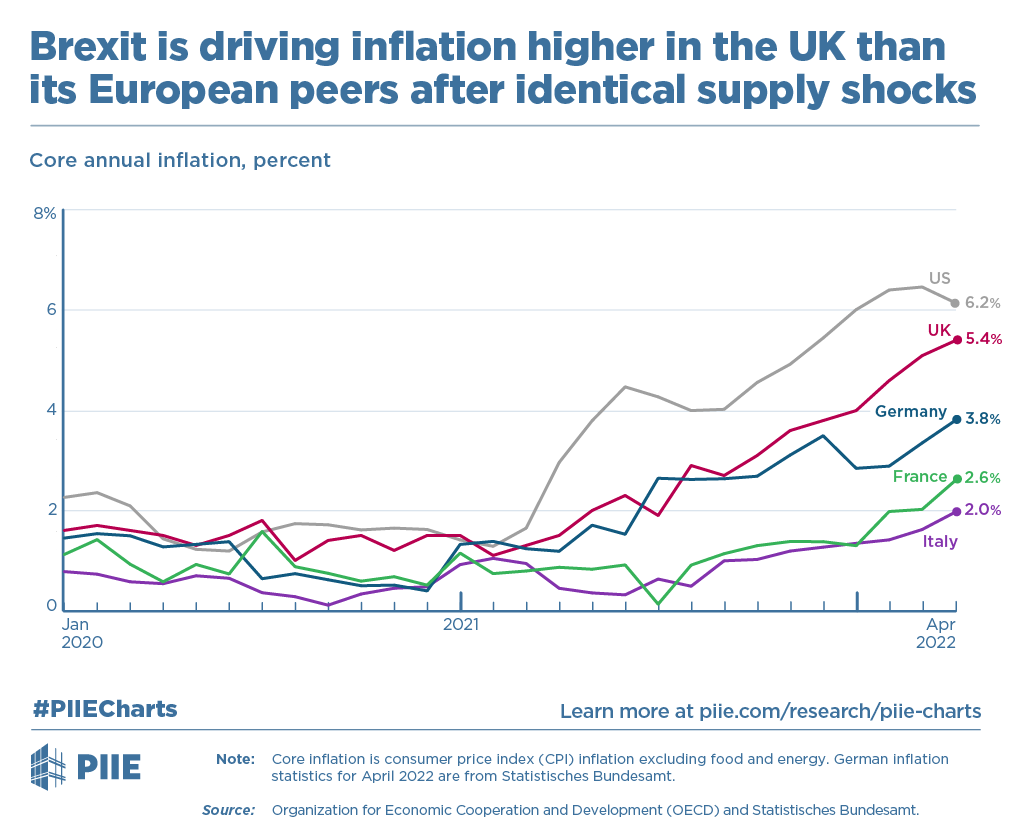 Many high-income economies are suffering 40-year highs in inflation. They all have faced the same series of major supply shocks to their economies simultaneously: reopening of the economy after the first wave of the COVID-19 pandemic in spring 2021, global supply chain disruptions for critical goods throughout the last 18 months, and energy and food price shocks caused by Russia's invasion of Ukraine in February 2022.

Some observers blame elevated UK inflation on war-related food and energy shocks. Such assertions fall flat for several reasons. First, UK core inflation began diverging from Europe by mid-2021, months before the invasion. Second, all European countries are experiencing a jump in food and energy prices; some, like Germany and Italy, are even more exposed to food and energy price shocks than the UK because they are highly reliant on Russian natural gas. In any event, the comparison of core inflation (which excludes food and energy) takes that out. Third, the UK had similar labor market policies to those in France and Germany in response to COVID-19, so the aggregate wage response to reopening should have been roughly the same—but wage inflation has been much higher in the UK.

We believe that Brexit is the primary driver of the high and widening inflation differential between the UK and its European peers shown in the chart: Brexit has amplified the inflationary impact of a simultaneous common shock. By ending the free movement of EU migrant workers to the UK, the UK government has unilaterally cut the labor supply and its elasticity. By adding new tariff and nontariff trade barriers, the British government has slashed purchasing power and available imports, and it has created inflation during the staggered implementation of the Brexit deal. The UK officially exited the EU in December 2020. By creating uncertainty about UK economic policy and investment prospects, Brexit has weakened the anchor for inflation expectations.

Any alternative explanation to Brexit would have to offer another Britain-specific reason for the size and timing of the marked divergence in core inflation rates shown in the chart, that is, the differential transmission of the same supply shocks felt simultaneously on the continent.

This PIIE Chart was adapted from Adam S. Posen's presentation at The Economics of Brexit: What have we learned conference 2022, hosted by UK in a Changing Europe. Watch the full presentation here. 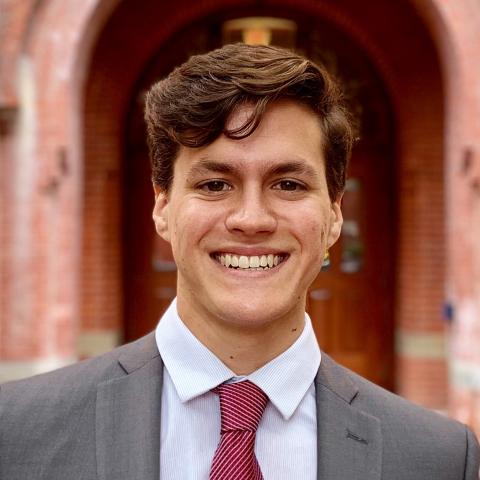 Let the Bank of England Take Note: The Risks of Raising Interest Rates Too Soon Are Greater than Inflation Overshooting

Why I Changed My Vote

Now Is Not the Time to Raise Interest Rates