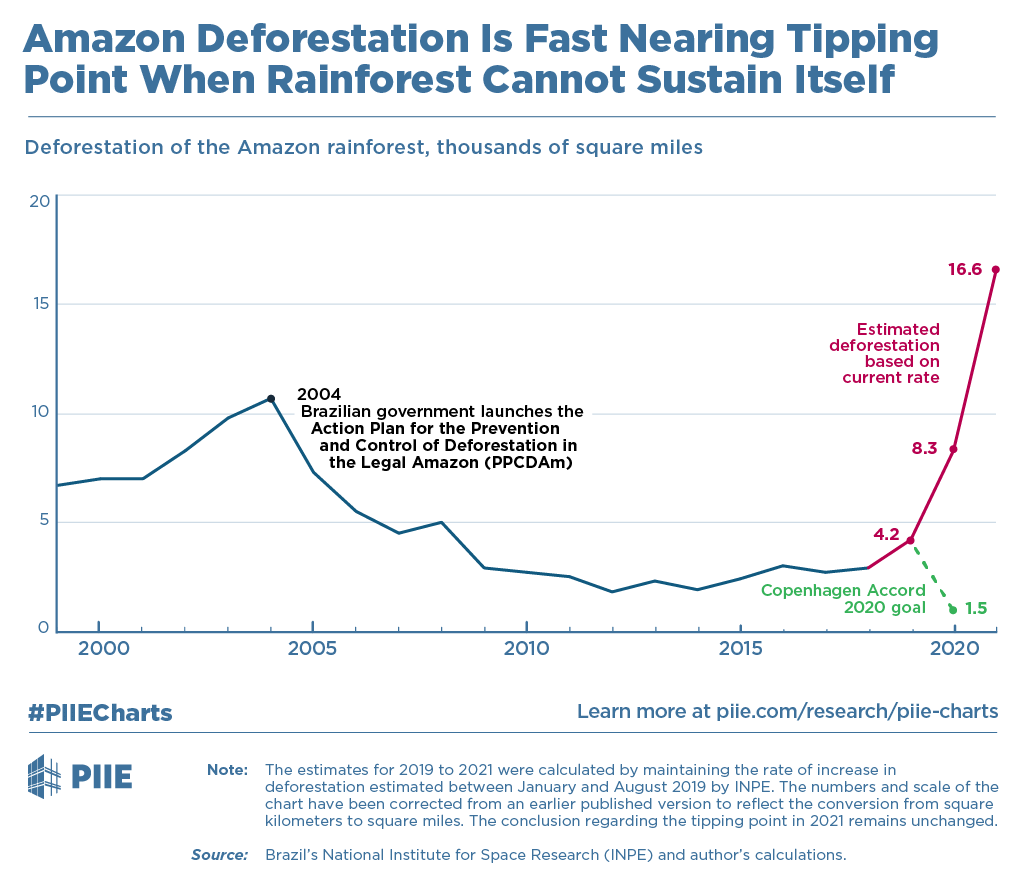 Destruction of the Amazon rainforest has accelerated in the past five years, with a much steeper increase in 2019. Between January and August 2019, total deforestation more than doubled compared to the same period a year prior, according to Brazil's National Institute for Space Research (INPE), as farmers, cattle owners, and others set fires to clear land. At the current rate, the Amazon will approach a "tipping point" of 20 to 25 percent of its total giving way to deforestation, at which point the rainforest can no longer generate enough rain to sustain itself. The rainforest is a vital global resource because of its role in storing carbon. Destroying it will cripple efforts to slow climate change.

Previous efforts by Brazil's government and the international community helped reduce the rate of deforestation. That progress is being hindered by Brazil's President Jair Bolsonaro, who took office in January. Since then, he has eased environmental regulations, weakened enforcement, and blocked international aid. An international effort must be mobilized to engage the Bolsonaro administration to cooperate and develop sustainable use of natural resources.

This PIIE Chart was adapted from Monica de Bolle's Policy Brief 19-15, The Amazon Is a Carbon Bomb: How Can Brazil and the World Work Together to Avoid Setting It Off?

The Amazon Is a Carbon Bomb: How Can Brazil and the World Work Together to Avoid Setting It Off?