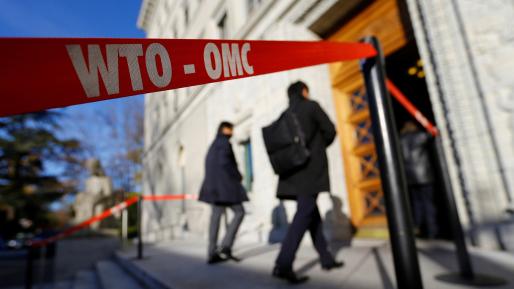 The clash between the Western and Chinese economic systems is threatening the world trading system, with countries increasingly using trade as a tool to coerce other countries. It is imperative to return to an inclusive, rules-based international trading order before the problems in trade spill over into the other geopolitical frictions that plague the world. This Policy Brief argues for a system that steers between two extremes that have emerged: “deep integration,” a single undertaking in which all members of the World Trade Organization (WTO) are expected to adhere to all rules regardless of their preferences and circumstances, and “decoupling,” in which groups of countries centered on the United States or China limit trade with each other. Instead, Lawrence says, the world trading system should have a “variable geometry” that allows open plurilateral agreements among self-selected members that desire deeper integration on particular issues while allowing members that prefer to implement distinctive domestic policies to remain outside some of these agreements and follow a set of more limited rules. The universal rules would permit diversity but still promote trade between all countries through measures such as safeguards that would deal mainly with the most harmful systemic frictions. If the multilateral system is not up to the task of creating such an approach, it is likely to lose its relevance as differentiated regional or topic groupings become increasingly dominant.