Liliana Rojas-Suarez was a visiting fellow at the Institute for International Economics. From March 1998 to October 2000, she served as Managing Director and Chief Economist for Latin America at Deutsche Bank. Before joining Deutsche Bank, Ms. Rojas-Suarez was the Principal Advisor in the Office of the Chief Economist at the Inter-American Development Bank. Between 1984 and 1994 she held various positions at the International Monetary Fund, most recently as Deputy Chief of the Capital Markets and Financial Studies Division of the Research Department. She also served as a professor at Anahuac University in Mexico and an advisor for PEMEX, Mexico's National Petroleum Company. Ms. Rojas-Suarez has also testified before a Joint Committee of the US Senate on dollarization in Latin America.

Ms. Rojas-Suarez has published widely in the areas of macroeconomic policy, international economics, and financial markets. Her most recent publications include: Why So High? Understanding Interest Rate Spreads in Latin America (ed. With P. Brock, IDB, 2000), "What Exchange Rate Arrangements Work Best for Latin America", World Economic Affairs (Autumn 2000) and Financial Regulation: Why, How and Where Now? (With C. Gooddhart et al, Routledge, 1998). Ms. Rojas-Suarez holds a PhD in Economics from the University of Western Ontario.

Financing Development: The Power of Regionalism

Towards a Sustainable FTAA: Does Latin America Meet the Necessary Financial Preconditions? 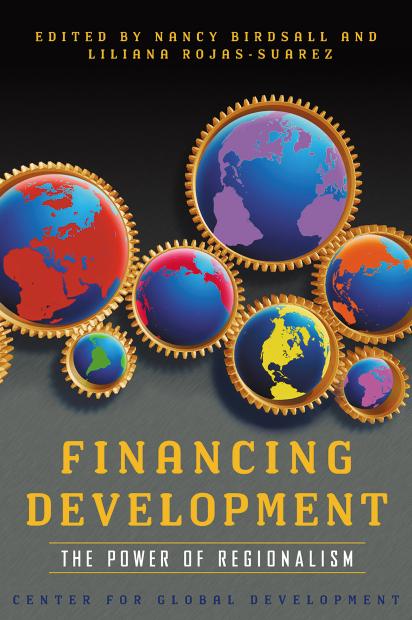 Financing Development: The Power of Regionalism