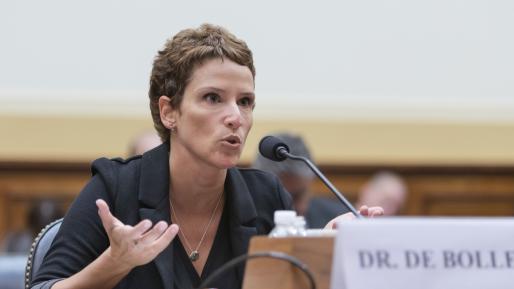 Prepared remarks presented at the hearing on “Preserving the Amazon: A Shared Moral Imperative” before the House Committee on Foreign Affairs, Subcommittee on the Western Hemisphere, Civilian Security, and Trade

Global warming is widely and correctly blamed for wild fires around the world. But the Amazon fires in Brazil represent a more specific government policy failure as Brazilian public agencies that are supposed to curb man-made fires have been deliberately weakened. These fires, set by farmers, cattle owners, and others, take place every year, but they have risen in number and severity in 2019—after President Jair Bolsonaro took office and set about fulfilling his campaign pledge to ease environmental, land use, and health regulations.

The Amazon fires are not just a “tragedy” but an opportunity for the governments of Brazil and the United States to stop denying climate change and cooperate on strategies to preserve the rainforest and develop ways to sustainably use its natural resources. The record of such cooperation has already yielded positive results. For example, there is a history of collaboration between NASA and Brazil’s National Institute for Space Research (INPE) employing state-of-the-art technologies to monitor deforestation. It is possible to accommodate competing demands of economic interests, food security, and saving or even restoring the Amazon rainforest, along with its life-sustaining rainfall, for Brazil and the world at large.

Following are the major policy recommendations presented in this testimony:

The rise in deforestation precedes President Bolsonaro’s electoral victory. But the dismantling of environmental agencies under his watch and his past and present rhetoric on environmental issues have emboldened farmers, loggers, and other players to engage in predatory behavior in the rainforest.

It is time for the international community to cooperate on a strategy to provide the resources to conserve, restore, and develop the planet’s largest continuous rainforest. The close relationship that has developed between the leaders of Brazil and the United States should be used to jumpstart this effort before it is too late.

The Amazon Is a Carbon Bomb: How Can Brazil and the World Work Together to Avoid Setting It Off?