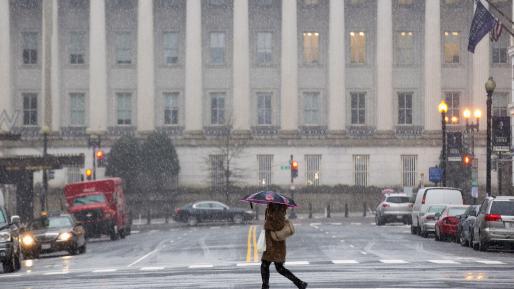 The US Government Is Living Dangerously in Debt

Key economic indicators show the US economy is well on the mend. But the Great Recession has left long-lasting scars, including higher government debt ratios and, crucially, diminished prospects for economic growth during the next decade. The combination of high debt, mounting spending pressures from population aging, and moderate growth pose the risk of fiscal/financial crisis—a low probability event but one with potentially enormous costs for the US and global economies. To reduce that risk, the new administration and Congress should make an early start next year to restore the health of the country's public finances through gradual but sustained further reductions in the deficit.

Although the US fiscal deficit has been brought back to its pre-crisis levels, federal government debt is 76 percent as a share of GDP, compared with 39 percent in 2008. Using internationally comparable criteria, general government gross debt is now equivalent to 108 percent of GDP, the third largest among the G-7 countries (well below Japan but not far from Italy's 133 percent). As for economic growth prospects, the Congressional Budget Office assumes that GDP will increase at an annual average rate of 2.1 percent in 2016–26. Its equivalent projection as of mid-2007 was 2.8 percent for 2008–18. That seemingly small cut in the growth forecast has profound implications.

Recent research shows economic growth is even more vital for a nation's ability to sustain its public debt than economists used to think.

Recent research shows that economic growth is even more vital for a nation's ability to sustain its public debt than economists used to think. Statistical analyses reveal that many debt crises in emerging economies have been caused by declines in growth. In advanced economies, the largest increases in debt ratios occurred when policymakers mistook a prolonged decline in growth for a temporary recession, and failed to cut spending or increase taxes. Japan's debt ratio ballooned when that country's breakneck growth fell in the aftermath of the oil shocks of the 1970s, and again when it ground to a halt after the bursting of its asset bubble in the 1990s. Economic growth is key not only because GDP is the denominator in the debt-to-GDP ratio, but also because when growth declines, revenues decline commensurately, and governments are reluctant to cut spending in response, so that more debt accumulates.

Some economists argue that the current modest pace of growth calls for fiscal stimulus. That prescription worked in 2009, at the height of the crisis, but is no longer appropriate. True, some forms of spending, such as investment to revamp the United States' dilapidated infrastructure, may pay for themselves in the long run. But with the economy near full employment, it is doubtful that generalized spending increases or tax cuts would boost economic growth sufficiently.

With the economy near full employment, it is doubtful that spending increases or tax cuts would boost economic growth sufficiently.

Living with high debt is living dangerously. When government debt is large, a rise in interest rates causes total borrowing costs and thus the deficit to increase substantially. As larger deficits are financed, the debt also swells. Investors worried about possible default or a spike in inflation will demand even higher interest rates, creating a vicious circle.

Examples of such "self-fulfilling debt crises" have occurred recently. A sudden loss of confidence in Italy and Spain led to a temporary interest-debt spiral in late 2011 and mid-2012. Although measures by the European Central Bank calmed the markets and default was avoided, higher borrowing costs were transmitted to the private sector, further dampening economic activity.

It might also be argued that an interest-debt spiral is inconceivable for the United States, long considered a safe haven and benefiting from the "exorbitant privilege" stemming from the dollar's role as a reserve currency. Indeed, interest rates have been lower in the United States than elsewhere despite periodic, acrimonious political stalemates, and seemingly regardless of fiscal indicators. Yet a country's status as a safe haven is ultimately based on investors' perceptions, which can change abruptly. With privilege comes responsibility, and preserving the credibility of US public finances is vital not only for its citizens but also for the stability of the international financial system.

The Congressional Budget Office projects, under current law, that the federal debt will rise to 86 percent in 2026 and to 141 percent in 2046. Neither presidential candidate is proposing to reverse that trend. According to the Committee for a Responsible Federal Budget, the debt ratio that would result in 2026 from the candidates' proposals is 87 percent for Clinton and 127 percent for Trump. No doubt politicians will promise higher economic growth, but—short of Harry Potter's intervention upon his return later this month—it would seem prudent to stick with the CBO's assumptions.

How should the new administration and Congress address the high debt ratio beginning next year? Many strategies that worked in the past are no longer available. A surprise bout of inflation would be damaging and in any case is difficult to imagine, given how long it is taking the Fed to return to its 2 percent target. And if it were possible to sustain high inflation and low interest rates, investors would take their funds abroad. That rules out the "financial repression" strategy of the 1950s–60s, when international capital markets were less open. Alternative approaches such as outright default would be even more disruptive. Indeed, to avoid spooking investors, candidates should not suggest inflation or default as potential means of slashing the debt.

That leaves old-fashioned fiscal adjustment through spending cuts—which are increasingly difficult as population aging adds pressures on entitlement programs—and revenue increases. The pace of adjustment should be gradual, in order not to disrupt the global recovery. The US debt ratio may thus be expected, at best, to decline slowly. Prepare to live dangerously for several more years.

Worry About the Trade Deficit—a Bit