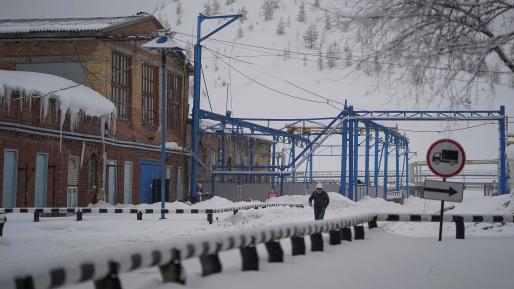 The words of Bruno Le Maire, the French finance minister, were as provocative as accurate—it is indeed a "total economic and financial war" that has been launched against Russia. What is at stake goes beyond Ukraine, since it is about finding out whether economic retaliations can make an aggressor back down, or whether only armed force can stop armed force.

What is primarily at stake today is the existence of a country. But what is being tested is our ability to use economic might as leverage. If we succeed in making Russian president Vladimir Putin bend, the lesson will be straightforward: Between predation and prosperity, one must choose. If we fail, will-to-power will have free rein.

We have some assets for this confrontation. As Jason Furman—President Obama's former economic advisor—recently pointed out, for the world economy Russia is little more than a "big gas station." It is, however, dependent on the outside world for technology, finance, capital, and consumer goods. Sanctions hurt Russia much more than they cost us.

In late February, the United States and Europe instantly made use of the instruments at their disposal thanks to their quasi-monopoly on reserve currencies, their control of the international financial infrastructure (of which the SWIFT messaging system is only one element), and their technological supremacy. The blast effect of sanctions illustrates what political scientists Henry Farrell and Abraham Newman have characterized as "weaponized interdependence." Network structures, they argue, have developed under economic rationale, but confer enormous power to countries controlling them.

This was only the first round, though. Indeed, Russia has become a pariah state: The oligarchs are deprived of the Riviera and the middle class of Ikea furniture. Yet, Europe's energy dependence has led it to limit the scope of sanctions. Only certain banks have been banned; only certain technologies are prohibited from export; only certain companies have packed up permanently. Russia daily rakes in nearly a billion dollars in energy export revenues. It will soon be able to rebuild reserves and increase imports.

Moscow in reality suffers from the shadow of sanctions that have not yet been imposed. It is not forbidden to buy Russian oil—but for fear of future measures, shipowners, bankers, and insurers are reluctant to participate in such trade. The experience of the 2018 US secondary sanctions, which had banned all businesses tied to Iran, is still vivid. As a result, oil from the Urals is suffering a significant discount of $25 per barrel.

Yet, this will not last. Clarity will be needed, sooner rather than later—either the purchase of Russian energy is legal, or it is not. And if it is, the Russian government will have to be allowed to use foreign currency revenues, otherwise it will have no reasons not to keep its hydrocarbons underground. The United States has already made its choice and will do without Russian oil, which it does not need. Germany is dithering. Europe has not decided anything significant. But if it does not act, Mr. Putin will soon conclude that the worst is over for him. The ruble has already recovered a little. There is no choice: The noose must be tightened.

It is important, at this stage, to distinguish between oil and gas. The market for the former is global, because one tanker of crude is essentially substitutable for another. The main consequence of a halt in Russian exports would be a rise in prices, which the United States is working to prevent, by re-engaging with Venezuela and Iran. Such a halt is unlikely, as there will always be a buyer—India, for instance—for discounted oil. But by creating all sorts of complications for buyers, an embargo on Russian crude would deepen its discount and reduce its export revenues. These revenues would further decrease in case of secondary sanctions: In 2019, the volume of Iranian deliveries was divided by two.

Things are more complicated for gas, whose trade requires infrastructure, and which is today mainly exported to Europe. Stopping imports would greatly weaken Russia, which has practically no other export channels. But even though its gas accounts for only 8.4 percent of the primary energy consumed by the European Union (EU), it would not be without effect on us. And, of course, this dependence varies greatly from one country to another.

To stop importing altogether is not an immediate option. However, the EU must begin to reduce its gas imports, diversify its supplies, and, to do so, reform an energy system that is insufficiently integrated to guarantee collective security of supply. A good way to encourage this would be to apply a tariff to Russian gas and to raise it gradually, as proposed by economists Eric Charney, Christian Gollier, and Thomas Philippon. This would send a signal that we have decided to do without it, while at the same time encouraging purchasing from other suppliers. Of course, this would not be possible without strong solidarity with the countries that would be most directly affected by the drop in Russian gas imports.

Our economic weight, our technology, the preponderance of our multinational corporations, our control of the infrastructures of globalization, and the asymmetry of our energy exchanges with Russia give us the means to prevail in a decisive confrontation. Provided, of course, we do not require economic war to be perfectly painless.