Real Exchange Rates for the Year 2000

Countries that entered the European Monetary Union had to do so at exchange rates that are close to equilibrium levels. So when are exchange rates at equilibrium levels? Real Exchange Rates for the Year 2000 discusses the fundamental equilibrium exchange rate (FEER) method and estimates FEERS for the G7 countries for 1995 and 2000. There have been large swings in all G7 currencies in the last five years, and in these circumstances, the markets and policymakers need better guides to the sustainable levels of these currencies.

The authors estimate equilibrium real exchange rates using a partial-equilibrium model based on econometric trade equations, assumptions of trend output, and estimates of the medium-run current account. They emphasize that the FEER is a medium-run construct and contrast it with the purchasing price parity (PPP) method of determining rates. The authors discuss the links between the FEER and fiscal policy and the extent to which the FEER is a normative concept. They conclude with sensitivity analysis for changes in current account and trend GDP assumptions.

1. What are Equilibrium Real Exchange Rates?

1. What are Equilibrium Real Exchange Rates? 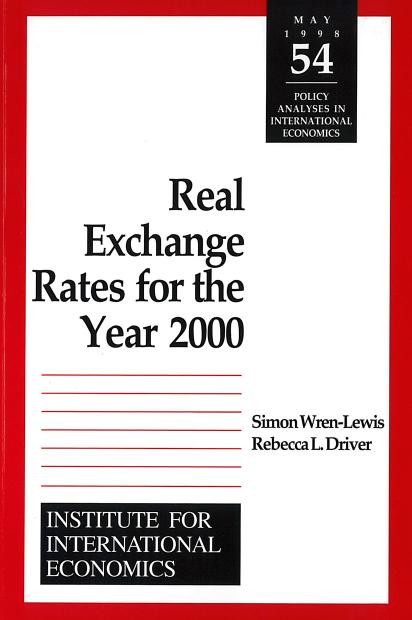 Dollar Overvaluation and the World Economy

Is the U.S. Trade Deficit Sustainable?