Competition Policies for the Global Economy

As border barriers have declined, private barriers to competition have grown more significant. More and more international trade disputes involve private business practices that allegedly block the market access of rival firms. Such disputes include high profile conflicts between Japan and the United States over semiconductors, auto parts, and photographic film, between the European Union and the United States over aerospace and defense mergers, and between Asian nations and others over access to telecommunications networks. More such disputes are inevitable, especially in sectors that have been traditionally state-controlled but that are now subject to privatization.The regulation of private business practices that restrict competition is called competition (or antitrust) policy. In this book, the authors survey national competition policies and the issues they raise for international trade and investment. The book includes detailed recommendations for international agreement on minimum standards in those competition-policy measures that affect the ability of foreign firms to contest markets. These standards could be negotiated and implemented bilaterally, regionally, and globally at the World Trade Organization.

At the international level, governments might agree on certain initial steps to accomplish greater contestability: "national treatment" for foreign-controlled firms, abolition of most international cartels (including those that are now sanctioned), and establishment of mandatory consultation procedures when one government believes that private business practices in another nation foreclose exports or direct investment. There should also be premerger notification requirements for transborder or other mergers having cross-border effects. Further steps might be implemented at a future time. 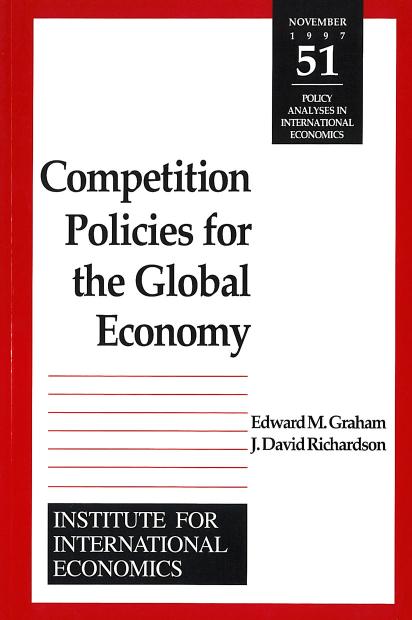