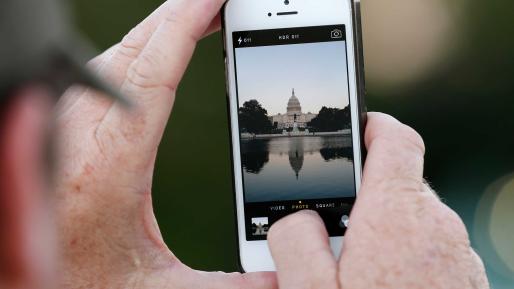 After threatening to issue an Executive Order unilaterally restricting direct investment and technology flows to and from China, President Trump abruptly moved on June 27 to defer to Congress on this sensitive issue, for now. His action makes congressional passage of what is called the Foreign Investment Risk Review Modernization Act (FIRRMA) more likely.

Two versions of the legislation exist, however, and it’s not certain which one will prevail. While bills passed by the House and Senate legislation leave investment flows out of the United States under the jurisdiction of the Commerce Department, which chairs the process for controlling exports under the Export Administration Act (EAA), they differ on additional authority afforded to the Committee on Foreign Investment in the United States (CFIUS)—chaired by the Treasury Department—which has responsibility for national security reviews of investment into the United States. Differences on critical criteria, like the process for labeling countries “of special concern” and thus subject to CFIUS reviews when their firms invest in the US, will need to be reconciled in the conference process. The Senate version would give CFIUS broader authority in some areas, while the House version would make CFIUS authority to review joint ventures that constitute control over a US business explicit in legislation rather than implicit and formulated in regulations as they are now.

Trump may be able to get what he wants no matter which version becomes law. As he stated on June 27: “Should Congress fail to pass strong FIRRMA legislation that better protects the crown jewels of American technology and intellectual property from transfers and acquisitions that threaten our national security—and future economic prosperity—I will direct my Administration to deploy new tools, developed under existing authorities, that will do so globally.”

In plain language, Trump is more than willing to issue his Executive Order, under the authority of the International Emergency Economic Powers Act (IEEPA), if FIRRMA does not emerge to his liking.[1]

The president’s concerns about the threat of technology transfer to China were previewed by both his own tweets and a report of the United States Trade Representative in March 2018 pursuant to Section 301 of the Trade Act of 1974, governing trade issues that jeopardize national security. That report called for strict limits on “investment in the United States directed or facilitated by China in industries or technologies deemed important to the United States.”

Three critical considerations appear to have led President Trump to await congressional action on this matter. First was the realization that a high-handed Executive Order would irritate Congress and invite litigation, second was his appreciation that aggressive investment restrictions piled on top of a looming trade war with China would aggravate US financial markets, and third that further ratcheting up tensions with China could jeopardize negotiations over North Korea.

Treasury Secretary Steven Mnuchin did his best to sugarcoat the anti-China flavor of FIRRMA legislation and the Section 301 report, but the focus remains on US joint ventures with Chinese companies, US technology licenses to Chinese firms, and Chinese acquisitions of US firms. Decisions on individual cases—nominally taken by the Treasury and Commerce Departments but ultimately by the president—will determine how much investment and technology flows between the United States and China.

Time will tell, but US firms risk being disadvantaged, relative to European and Japanese firms, by controls on business activity in China and partnerships with Chinese firms, which themselves are increasingly the sources of innovation. If nothing else, new bureaucracy to implement FIRRMA may considerably delay decisions on cases. The resources required to monitor outbound investment and technology could far exceed the current capabilities of CFIUS and EAA, which a recent Government Accountability Office report already found “may not be sufficient to complete committee functions” and are “limited in their ability to complete other functions, such as identifying transactions about which they have not been voluntarily notified but that may pose a risk.”

Unilateral controls through CFIUS can only have a limited effect on Chinese technological ambitions, because for the vast majority of technology it aims to acquire, China will have potential sources in countries other than the United States. Thus, simply reducing two-way flows of investment and technology will not on its own solve the underlying issues and should not be the overriding objective of the new policy framework. If legal transfers are blocked, China may acquire technology through third countries or cyber operations and step up its investments in other advanced countries. Either way, the United States loses the technology, gets no compensation, and takes in less investment.

Note: This posting corrects an error in a version of the same blog published on June 29, 2018. Contrary to the earlier version, the Foreign Investment Risk Review Modernization Act (FIRRMA) bill that passed the House of Representatives would not expand authority of the Committee on Foreign Investment in the United States (CFIUS) to cover outbound joint business ventures. The FIRRMA measure that has passed the Senate also does not expand CFIUS’s authority over such ventures.

1. It’s worth noting that the EAA expired in 2001, but its provisions have been extended wholesale by successive presidents under IEEPA.