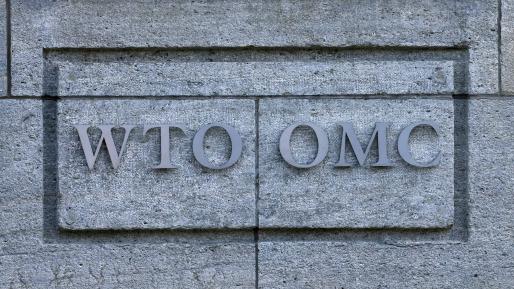 To: The Next Director-General of the World Trade Organization
Anabel González (PIIE)

Background: Of the challenges facing the World Trade Organization (WTO), no priority is more pressing than revitalizing the organization to help counter the COVID-19 pandemic and rebuild the world economy. The WTO needs reform, but a reform agenda should not delay action on these broader health and economic objectives.

As of this writing, the WTO faces an impasse over the selection of its next Director-General. The choice may not be settled soon. But whoever is appointed will need to restore trust in global trade cooperation, bringing the largest players to work together to overcome many intractable disputes. The incoming Director-General should move beyond the traditional broker role to exercise active leadership to shape the discussion and help reach agreements on contentious matters, supported by a strengthened WTO secretariat, more effective coordination with Geneva ambassadors, and dedicated support from a core group of trade ministers.

Evidence from the first months of the pandemic indicate that global value chains have allowed countries to retain access to diversified sources of medical equipment and thereby strengthen their response capacity. Contrary to a widely accepted view in the early stages of COVID-19, trade is not a problem in the crisis but rather a core element of the solution. Happily, many nations or small groups of countries have taken unilateral steps to facilitate commerce, especially in medical supplies and medicines. The Global Trade Alert reports that while 92 jurisdictions adopted 215 export controls on these goods from early 2020 until mid-October, 106 jurisdictions executed 240 import policy reforms on these products over the same period.

The next Director-General should convene high-level dialogues among governments and other stakeholders on lessons learned, with the help of COVID-19 reports from the WTO secretariat and analytical support from other agencies. A problem this past year has been the failure of WTO members to fully report on pandemic-related measures, including protectionist actions but also positive steps. That shortcoming must be corrected. The WTO should strengthen its monitoring of such actions to ensure information-sharing, analysis, and greater discussion by the organization's committees. A working group of international institutions like the World Health Organization and the World Bank could explore future options to provide greater transparency on availability of critical medical supplies, following the example of the Agricultural Market Information System.

PRIORITY 2: Foster a COVID-19-related agreement on medical supplies and vaccines

The Director-General should promote multilateral or large-scale plurilateral efforts to reach a new COVID-19 agreement to liberalize imports, limit the resort to export restrictions, and facilitate the movement of critical medical supplies and medicines. The initiative could draw from some good models on the table, including a European Union conceptual paper in circulation that may soon lead to a formal proposal. The Director-General should also elicit a commitment from members to a standstill on new export curbs and, if possible, a rollback of restrictions previously imposed, many of which affect the world's poorest countries.

The tragedy of vaccine nationalism must be avoided at all costs, with equal distribution guaranteed across countries. The WTO should support the World Health Organization, the World Intellectual Property Organization, and multistakeholder initiatives for the vaccines to reach all, when ready.

PRIORITY 3: Facilitate creation of a lasting solution to the Appellate Body crisis

The WTO Appellate Body has been paralyzed since December 2019 because of a refusal by the United States to fill vacancies on it, depriving the trading system of an effective mechanism to settle trade disputes. A generally accepted dispute resolution process is critical to the functioning of global commerce and investment, as well as to peace and fair treatment of small countries. This stalemate has led to a proliferation of unilateral protectionist measures, further eroding the system. While the European Union, Brazil, China, and others have put in place an interim appeals arrangement to retain a two-step mechanism for conflict resolution among them, it is only a partial and temporary solution.

Amid the negative impact of a dysfunctional system, governments have collectively taken stock of the 25-year experience with the Appellate Body and, with the exception of the United States up to now, have largely coalesced around a list of issues to be clarified by the WTO General Council, such as the completion of appeals within a 90-day requirement or for the Appellate Body members to leave promptly when their term expires. With a Biden administration more inclined than its predecessor toward multilateral engagement, the opportunity to restore an improved WTO dispute settlement function should be seized.

PRIORITY 4: Fast-track negotiations to reach an agreement on digital trade

More than 80 countries are engaged in negotiations on an e-commerce pact, launched in January 2019. The negotiations are complex on the substantive front, with diverging views among large players on issues such as data flows, data localization, data privacy, customs duties and internet taxes, and internet censorship. Reaching agreement will be challenging but even a modest accord could spur global economic recovery. In the absence of a WTO-wide accord, willing members should move forward with a plurilateral agreement among themselves, open to all. The Director-General's leadership could help speed such an accord.

PRIORITY 5: Stimulate a WTO discussion on improved disciplining of subsidies

Before COVID-19, finding a way for US-style market-led capitalism and Chinese-style state-led capitalism to coexist had become one of the most critical challenges facing the WTO. Concerns over whether multilateral rules were adequate to discipline the use of industrial subsidies and restrain their impact on market distortions, overcapacity, and unfair competition led to great tensions in the system. The potential trade impact of the massive fiscal and monetary programs put in place by governments to address the economic fallout from the pandemic adds another complex dimension to this discussion, as does the increase in domestic support for agriculture in a handful of WTO members. If left unaddressed, these issues could become a pervasive problem for global trade.

These are not easy problems to tackle, and a resolution is not expected soon. The Director-General could engage the major trading partners, including the European Union, the United States, China, Japan, and others in such a conversation, especially because many of these countries are the largest subsidizers. Improved notification and transparency, with an added role for the WTO secretariat, working in collaboration with the Organization for Economic Cooperation and Development, could be the starting point.

The priorities laid out above are not the only items on the WTO agenda. Long-overdue negotiations on fisheries subsidies should reach an agreement soon, which could pave the way for the trading system to support enhanced action on the environment. Critical to all is finding a new balance on the contribution of the larger emerging economies to the trading system, in the context of each negotiation. But priorities first. Their successful implementation could also help reinstate the habit of trade cooperation.

In navigating this complex environment, a core group of trade ministers could help spearhead the foregoing agenda and bring political energy to the discussions. Reinstating an effective coordination mechanism with ambassadors in Geneva is necessary, with the Director-General meeting and consulting regularly. The WTO secretariat could be further leveraged to support implementation of these priorities.

One point that merits special consideration is the future role of the United States in the WTO. Once the main architect of the system, for the past four years the United States has been a rogue member. Irrespective of the potential merit of some of its concerns, its tactics have severely undermined the organization. As President-elect Joseph R. Biden prepares to assume office on January 20, 2021, part of the challenge will be to smooth over relations while also managing expectations on how much can be achieved. 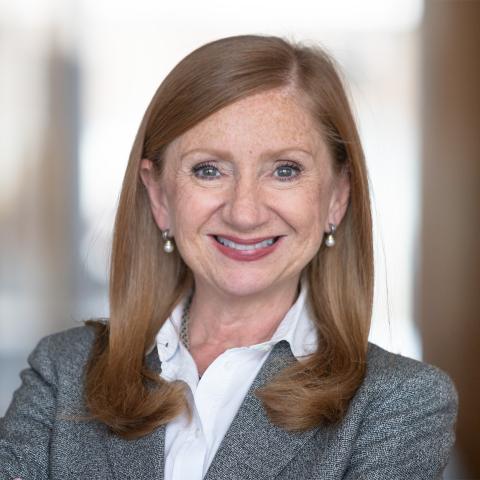 COVID-19 Could Bring Down the Trading System