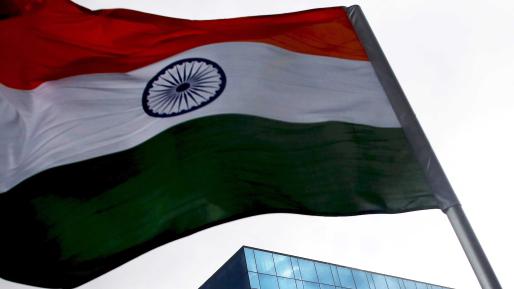 Thirty years ago, in July 1991, India began to make revolutionary changes in its economic policy. After pursuing a closed, import-substitution model of trade and development for the previous 40 years, India changed direction and began opening the economy to trade and foreign investment under reforms introduced by Finance Minister Manmohan Singh. The reforms dramatically improved India’s economic performance. Unfortunately, economic reform is always politically difficult, and the country still has a long way to go. But it is worth recalling just how far India has come.[1]

After achieving independence from British rule in 1947, India pursued socialist-minded development plans that emphasized self-reliance and state-led investment in heavy capital-intensive industries. The “license raj” was created in which most imports required government approval, most investment required government permission, and most foreign investment was barred. Permits were not the only barrier to imports. India’s average tariffs were unbelievably high by today’s standards: 123 percent on intermediate goods, 115 percent on capital goods, and 129 percent on consumer goods in the late 1980s.

India was essentially a closed economy. Its large but inefficient industrial sector supplied 95 percent of domestic demand for manufactured goods and 100 percent of all consumer goods, as a 1989 World Bank report noted. The rupee was hopelessly overvalued, which priced India’s goods out of world markets, keeping exports at just 5 percent of GDP. This meant that its foreign exchange earnings to purchase new technology and capital goods on world markets were severely constrained.

Under restricted trade, India succeeded in industrializing, but inefficiency and bureaucratic controls were rampant and economic growth was slow. The growth rate prior to reforms—so-called Hindu rate of growth—was just 3 to 4 percent overall and much slower on a per capita basis. As a result, poverty levels remained abysmally high.

While some tentative measures to open India’s market were taken in the 1980s, a severe balance of payments crisis finally forced the country’s policymakers to act in early 1991. Manmohan Singh, a distinguished economist, was appointed finance minister by Prime Minister P.V. Narasimha Rao. Quoting Victor Hugo, Singh said in his July 24, 1991 budget speech, “No power on earth can stop an idea whose time has come”—the idea being that India should take its rightful place in the world economy. The compelling power of crisis finally propelled systemic change. Under Singh’s leadership, India devalued the rupee and moved toward a flexible exchange rate and current account convertibility. It extensively dismantled the license raj that had blocked imports and made exports uncompetitive, while unshackling constraints on domestic investment that limited competition. It also took steps to open the economy to foreign investment. Singh could not have done so without the political backing of Prime Minister Rao and a talented reform-minded team, including Commerce Minister P. Chidambaram, Principal Secretary Amar Nath Verma, and top civil servants, around him. This group prevailed despite howls of protest and attack from vested interests, intellectuals, and politicians.

Contrary to the perception of some observers, the trade reforms were not adopted because of pressure from the International Monetary Fund and the World Bank. Rather the reforms were “home-grown” with government officials, including Finance Minister Singh, recognizing that India’s problems were structural and fundamental changes to the import-substituting industrialization strategy were long overdue and clearly in India’s best economic interest. Some external pressure was undeniable and indeed helpful in continuing the process. In 1999, the reform of India’s trade policy received another boost when a World Trade Organization ruling required it to dismantle remaining quantitative restrictions on imports of consumers goods.

The result has been a marked increase in foreign trade, which has improved economic efficiency, giving consumers and businesses a wider choice of final goods and intermediate inputs to purchase. This in turn contributed to an acceleration in economic growth and a significant reduction in poverty.

While India has continued to reform its policies since the early 1990s, including recent tax reforms by the Modi administration, the pace of reform is disquietingly slow.[2] Red tape continues to stifle the economy, which has been battered by the COVID-19 pandemic, while insufficient attention has been paid to the pressing problems of disease control, pollution, rural poverty, and inadequate social services, such as education and health care. The country has been reluctant to partner with others in deeper trade agreements. As a result, India has missed important opportunities to continue to improve its economic performance. As a stark reminder of the stakes, the country’s once much poorer neighbor—Bangladesh—has continued to reform and has overtaken India in per capita income, according to the International Monetary Fund.

Many scholars like to focus on the deep structural factors affecting long-run economic development, such as geography and institutions, but we sometimes forget how farsighted political leadership and good economic policies can significantly influence the fate of nations. India is not alone in the world in finding these in short supply.

The US did not ban exports of vaccine supplies. But more help is needed.