Does the dollar have an outsized effect on trade prices?

An influential recent paper notes that a disproportionate share of global trade is invoiced in US dollars and claims that dollar invoicing causes trade prices to follow movements in the dollar. The implication is that when the dollar is overvalued, trade may be suppressed because the prices of traded goods are artificially high. With trade prices fixed in dollars, monetary policy outside the United States is unable to influence the relation between export and import prices and thus loses an important channel of transmission to overall economic activity. This post examines 22 economies to see if the substantial dollar appreciation of 2014–15 raised their export prices. Such an effect occurs in only two economies: Israel and Thailand. In other economies, export prices follow domestic prices or a trade-weighted average of prices in foreign currencies. For a few economies in Europe, export prices appear to follow the euro. The evidence thus indicates that any effect of dollar invoicing on trade prices is very brief and does not create a lasting distortion in global trade.

The analysis presented here focuses on the period surrounding the sharp and sustained appreciation of the dollar that began in late 2014 and ended in mid-2015. The dollar appreciated against nearly all currencies, by an average of around 20 percent, making this time frame a natural experiment to test whether the dollar has any major and persistent effect on prices in global trade. Export prices are analyzed from all economies with available data and nominal GDP greater than $50 billion in 2019, excluding the United States, members of the euro area, and economies with primary commodity exports greater than one-third of their merchandise exports.1 Data for the resulting 22 economies are displayed in the figure below.

Movements in export price (the red lines) are compared with changes in each economy's producer price indexes (exporter PPI, the green lines), the US PPI converted into exporter currency (the blue lines), and trade-weighted PPI in the rest of the world (ROW) converted into exporter currency (ROW PPI, the orange lines).2 All prices are normalized at 100 in 2013, the year before the dollar appreciation.

The comparison of export price to PPIs is apt because almost all international trade occurs between businesses and not directly with consumers. Trade prices move with producer prices at home and abroad. Movements of exchange rates show up as movements in the US PPI and ROW PPI relative to exporter PPI. The dollar appreciation, in particular, is visible as the rise in the blue line after 2013. For Hong Kong and Israel, which kept their currencies closely tied to the dollar, the blue line rises by less than in the other economies, reflecting mainly the modest rate of inflation in the US PPI.

It appears that export prices follow the euro for some economies in and around Europe, but the euro did not move a lot relative to most other currencies during this period, and thus the timeframe does not pose a good test of the euro's importance in trade pricing. Excluding the euro from this exercise would result in Denmark, Sweden, and the United Kingdom being placed in the first column and Croatia and Hungary being placed in the second column. None would be added to the third column.

It is not clear whether economies in the second column are in the LCP camp or the GCP camp. LCP would align export prices with foreign prices weighted by bilateral exports. GCP would align export prices with global average prices, weighted by GDP or total trade. The J.P. Morgan trade weights used to calculate ROW PPI are a combination of bilateral export, bilateral import, and third-party export weights. As such, they do not correspond closely to either LCP or GCP weights. Further research is needed to determine the best characterization of export pricing in economies in the second column.

Overall, there is little support for the claim that the dollar has a significant and persistent effect on global trade prices.

1. Primary commodity prices are set in global markets and do not differ significantly across exporters. Commodity exports are the sum of agricultural raw materials exports, food exports, fuel exports, and ores and metals exports (all expressed as a percentage of merchandise exports) in 2019 (2018 or 2017 data are used in some cases). Data are from the World Bank, World Development Indicators database. 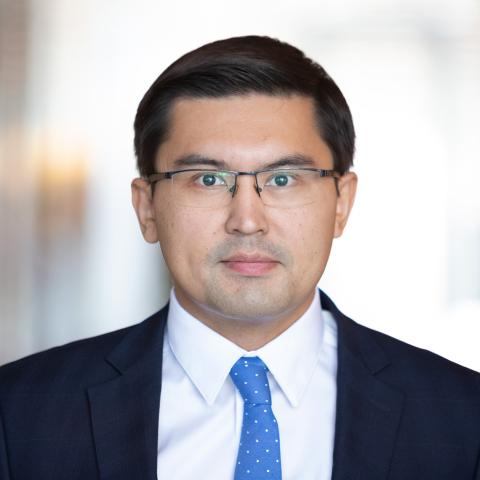