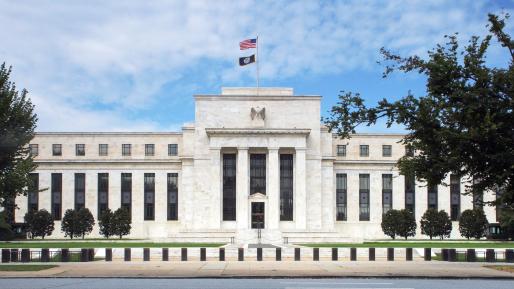 After high inflation is defeated in the next year or two, the world risks returning to the excessive unemployment of the decades before 2020. Central banks will therefore need to put less faith in estimates of sustainable employment based on simple linear models and adopt a more aggressive policy approach than they have in the past—one that regularly probes the limits of noninflationary job creation. In addition, a small rise in the inflation target, from 2 percent to 3 or 4 percent, would make it much easier for central banks to maintain maximum employment.

In a 2018 speech, Federal Reserve Chair Jerome Powell questioned the key economic measures the Fed uses to guide its policy decisions and made the case for a more proactive approach to monetary policy. He noted that estimates of the equilibrium real rate of interest, R*, and the equilibrium rate of unemployment, U*, were being marked down. In mid-2019, with the unemployment rate below the Fed’s estimate of U*, the Fed cut its policy rate further below its estimate of R* because core inflation was again falling below target. This policy change implicitly acknowledged that the Fed’s estimates of R* and U* were flawed, possibly because the models used to measure them were faulty.

The behavior of US inflation during the pandemic supports a nonlinear model. In 2020, both unemployment and U* soared, as businesses shut down and many workers preferred to stay home. Unemployment was higher than U*, contributing to a small decline in inflation. In 2021, unemployment fell much faster than U* and is now below U*, pushing the economy to the steep segment of the nonlinear curve and causing inflation to rise dramatically.[1]

It is likely that unemployment was never significantly below U* between the mid-1990s and 2020 in all of the major advanced economies because there were no noticeable upward surges of inflation. In addition, the fundamental drivers of U* in these economies all moved in a direction that should have lowered U* over time by at least a modest amount. Putting these insights together allows us to improve on standard estimates of the unemployment gap (the difference between the unemployment rate and U*).

Figure 1 plots estimates from our paper of unemployment gaps since 1990 alongside estimates of the gaps from the Organization for Economic Cooperation and Development (OECD). Since the mid-1990s, our gap estimates have  always been higher than those of the OECD. The excess gaps may even be understated. For example, we show a gap close to zero in the United States in 2019, yet core inflation ticked down a bit that year, suggesting that there was still a positive gap. 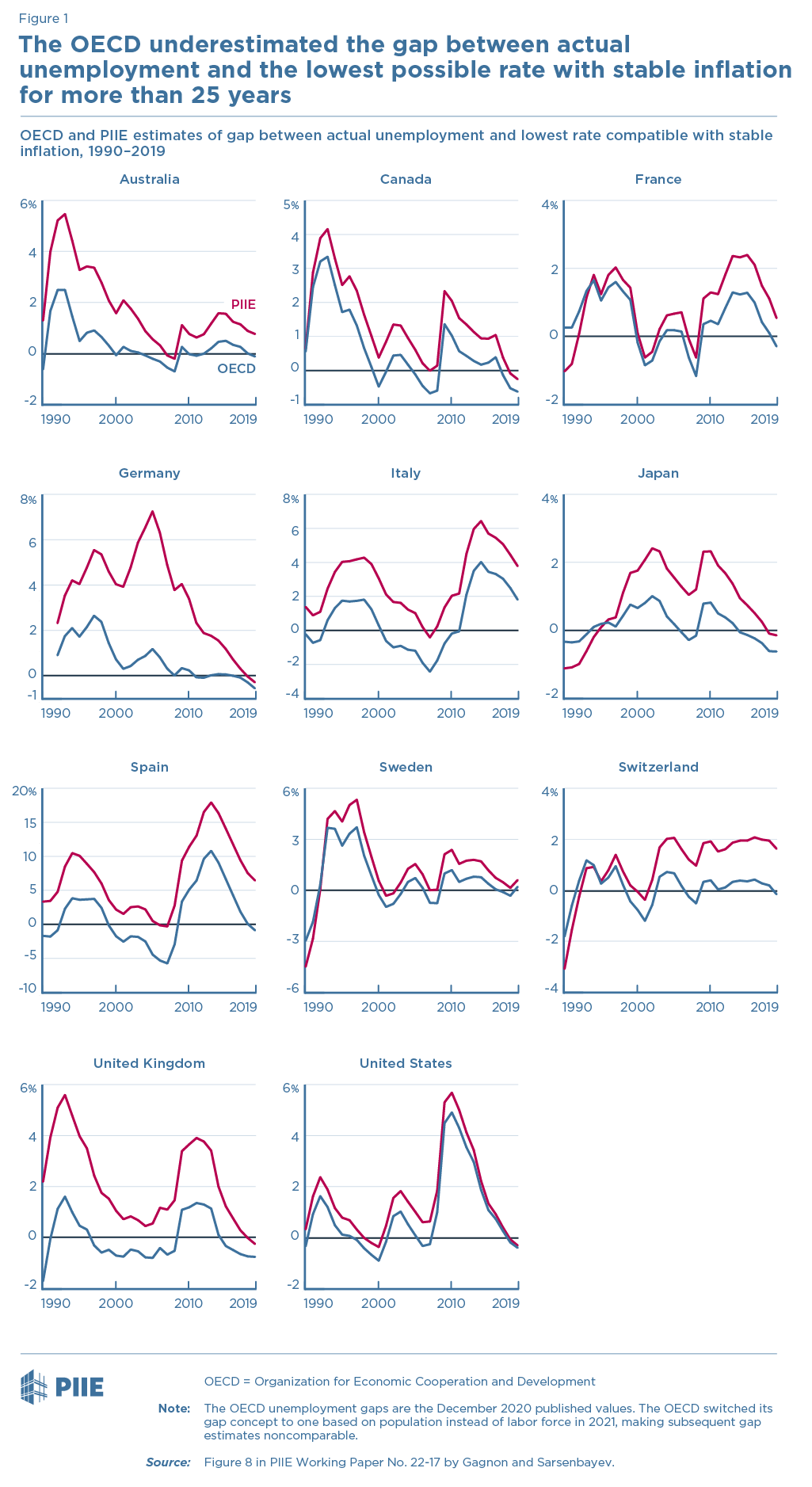 A few countries (France, Japan, Sweden, and Switzerland) appear to have had unemployment notably below U* in 1990. Since about 1993, however, unemployment has been either close to or well above U* in all 11 large advanced economies we studied. Our paper argues that the transition to ultra-low inflation in these economies around or before 1993 made the relationship between unemployment and inflation highly nonlinear. Because central banks did not understand this nonlinearity, they interpreted stable inflation as evidence that unemployment was close to U* even when it was far above. As a result, unemployment exceeded U* almost continuously in the 25 years before 2020 in these 11 economies.

The lessons of this research are that central banks should embrace a wider range of economic models, including those with nonlinearities in inflation, and they should actively learn about U* by pushing unemployment down until inflation pressure starts to materialize. Only then should they tighten policy.

Central banks should also raise their inflation targets from 2 percent to at least 3 or as much as 4 percent. Modestly higher inflation gives central banks more room to avoid hitting the zero lower bound on interest rates, and it reduces the nonlinearity in inflation behavior, making it easier to achieve low unemployment.

1. The shift of consumer demand toward goods and away from services exacerbated the effects of nonlinearity, as excess demand for goods raised goods inflation far more than excess supply of services reduced services inflation.

Low inflation bends the Phillips curve around the world