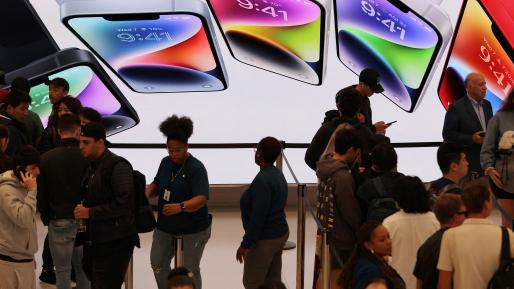 The goal of establishing a global minimum corporate tax of 15 percent came closer to achievement last year, after the endorsement of Treasury Secretary Janet Yellen. This year, the newly enacted climate law known as the US Inflation Reduction Act (IRA) went part way toward that objective by imposing an alternative 15 percent tax on financial statement profits of large US firms. But efforts to get the United States fully compliant with the global tax advanced by 135 countries, led by those in the European Union, have so far failed to win congressional approval.

Challenges to US participation

The United States may eventually sign on to the global tax because its rationale—curbing the erosion of each country’s tax base as large corporations pursue low-tax havens—is popular. But it is also not easy to persuade lawmakers to raise any sort of tax. Despite passing the IRA, for example, Congress rejected the adoption of international tax changes that would have been compatible with the global minimum agreement. In particular, Congress declined to increase the Global Intangible Low Taxed Income (GILTI) rate for US corporations from 10.5 percent to 15 percent, and applying it on a country-by-country basis.

Another issue potentially complicates US participation in the global minimum corporate tax, however. Ironically, that obstacle arises from President Joseph R. Biden Jr.’s other proud legislative accomplishment, the Creating Helpful Incentives to Produce Semiconductors Act of 2022. Popularly known as the CHIPS Act, this law will funnel US$76 billion in tax credits and grants to major firms producing semiconductors in the United States, to keep ahead of other manufacturers, notably those based in China, South Korea, and Taiwan. The IRA also provides clean energy companies with generous tax credits. In general, the global minimum tax explicitly carves out many such tax credits called for by the IRA, effectively pushing the rate for corporations claiming them to below the 15 percent threshold.

It is difficult to estimate how many big corporations might be taxed under the GILTI rate or the global minimum corporate tax of 15 percent, or how much revenue might be yielded by these steps. But as the CHIPS tax incentives illustrate, even if the global taxes are enacted, corporations would still be able to lower their effective tax rates by taking advantage of the incentives offered in other laws. In fact, by some estimates, the Biden administration’s three big accomplishments—the infrastructure law as well as the CHIPS and IRA laws—could funnel hundreds of billions of dollars in subsidies and tax incentives that could benefit large corporations, enabling them to lower the tax liabilities that would be imposed under the global minimum. The global tax does cut off some opportunities for tax competition, but governments have shown ingenuity in opening doors to such incentives. For example, high US corporate tax rates have spawned multiple workarounds for corporations, such as “pass-through” entities (e.g., master limited partnerships) and accelerated depreciation.

Tax competition will be difficult to end

This complicated reality is not new. For years, as countries try to raise more revenue, they have historically gotten tripped up by subsidies, offsets, and tax abatements for their homegrown corporations, proving it will be very hard to end either tax competition, or tax-equivalent competition, between nations. Nor will the global minimum end tax competition between subcentral jurisdictions within large countries—such as US states or member countries of the European Union.

In today’s highly competitive global economy, public officials are challenged not only to raise tax revenues but also to save jobs, create jobs, advance technology, or deliver essential services, by deploying government incentives. Officials are not always content to let market forces prevail. The result is a mixture of trade protection, subsidies, tax relief, and in extreme cases, state-owned enterprises, depending on the country and its politics. If overt tax competition is ruled out, some officials will likely turn to other means to help favored corporations.

It is only when you read the fine print in the global minimum tax that you see that it gives an easy pass to these alternatives. So-called Qualified Refundable Tax Credits—credits payable within four years of the designated activity—are not deducted when calculating the tax paid by a business firm. Under International Financial Reporting Standards (IFRS) accepted by the Organization for Economic Cooperation and Development (OECD), subsidies can be allocated against the cost of an acquired asset, and are thereby only indirectly subject to tax over a period of years as the reduced cost of the asset is depreciated or amortized.

The long history of credits and subsidies

Examples of tax credits and subsidies abound from history. Back in 1970, four European nations created the Airbus consortium to compete with Boeing in the market for large civil aircraft. Over the decades, Airbus was showered with subsidies, and today has more civilian aircraft orders than Boeing. If a global minimum tax had been agreed in 1970, it would have done nothing to stop the tax-equivalent subsidies received by Airbus.

The Airbus story offers an example of how negotiations may offer a path away from tax competition. Last year, Europe and the United States agreed to end their 17-year trade war over subsidies to their airline companies. Perhaps the World Trade Organization can play a role in countering other forms of destructive tax policy competition. But the Airbus story does illustrate that this a slow and arduous process. China, Japan, South Korea, and Taiwan have long subsidized semiconductor fabrication plants (fabs). According to data published by the Boston Consulting Group and the Semiconductor Industry Association, subsidies account for 15 percent of the cost of fab operations in Japan, up to 30 percent in Taiwan and South Korea, and up to 40 percent in China. Again, if a global minimum tax had existed in 2000, it would have made no difference to Asian fab incentives. Now that the US federal government has entered the fab subsidy race, so have Europe, India, and Mexico. Moreover, the CHIPS Act extends its application to two foreign semiconductor giants, Samsung and Taiwan Semiconductor Manufacturing Corporation (TSMC), and both have announced huge investments in US fabs.

Most chips are produced by large corporations—the likes of Intel and Micron Technology—firms subject to the IRA financial statements tax. But the IRA carefully excluded CHIPS Act tax credits from the new minimum tax. Financial accounting rules will only indirectly recognize the subsidies by reducing tax depreciation allowances over the life of the fabs. Other countries will take advantage of similar tax-equivalent incentives.

Semiconductors are by no means an isolated example of subsidies to attract promising industries. Forty years ago, incentives for new steel plants were widely popular. More recently, almost every auto assembly plant is built in a country or state that offers generous subsidies.

With the IRA, the United States embarked on technology combat with China, meaning that high-tech sectors beyond semiconductors—such as quantum computing and artificial intelligence—now enjoy a taste of new incentives through supplementary provisions of the CHIPS Act. Additional tax-equivalent incentives may be enacted if China appears to gain the upper hand. Earlier US episodes have brought investment tax credits, accelerated depreciation, R&D tax credits, and tax relief for a series of “pass-through” entities to enable “small” firms (often quite large) to escape taxation. Many US states also offer assorted incentives to attract leading corporations. For example, my home state of New Mexico gives generous wage tax credits to attract the film industry, producing such hits as Breaking Bad and Better Call Saul.

Other nations are watching

Other countries will notice the gap between US and EU applause for the global minimum tax and the US and EU practice of showering favored sectors with tax-equivalent incentives. If other countries also decide that their economic futures hinge on attracting high-tech and other leading corporations, they too are likely to offer tax credits or other incentives.

Alexander Hamilton pioneered US industrial policy with the infant industry argument, proclaimed in his 1790 Report on Manufactures. Friedrich List did the same for Europe with The National System of Political Economy, published in 1885. Those examples demonstrate the staying power of governments seeking to support favored industries, through tax policies or other incentives. The global minimum tax may help achieve a more level international playing field, but governments large and small are not likely to give up the game.