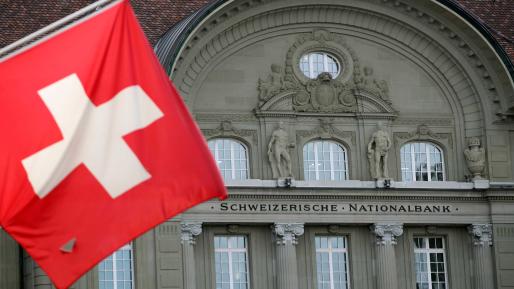 Central banks are incurring losses, but critics' concerns are overblown

First came the surge in inflation, which central banks did not foresee or prevent. Now as interest rates rise, many central banks around the world are reporting heavy financial losses on the financial assets they acquired over the previous decade—a further reputational blow because central banks have tended to make profits year in and year out.

The biggest hit has been to the Swiss National Bank (SNB), which lost the equivalent of $143 billion in 2022. This sum is almost 18 percent of Swiss GDP and may be the largest one-year loss ever recorded by a central bank.

But do these losses really matter? Yes, they matter a bit, though not as much as suggested by the headlines and critics of quantitative easing (QE).

In any tightening of monetary policy, the finances of central banks are often squeezed as they do their job of restoring price stability. Still, recent losses are on a much bigger scale than seen before. These losses result from the expansion in central bank balance sheets as they struggled to revive their economies and prevent deflation after the global financial crisis of 2008–10. But the sudden and sharp fall in asset prices over the past year has cost them dearly. The losses should not be too breezily dismissed, given their impact on the public finances and the fact that, in extreme cases, such losses could even weaken the independence of a central bank (though that's hardly a worry for Switzerland).

Was it wise for central banks to expose themselves to such losses? In a word, yes. The growth in their balance sheets was not profit-motivated: It was the result of policies designed to maintain price and macroeconomic stability. These operations created a big maturity mismatch, with most of the central banks' liabilities (bank reserves) paying short-term interest rates and most of their long-term assets yielding rather low coupons set during the long years of near-zero interest rates.

How the Central Banks Got Here

The size of the Swiss losses reflects the huge foreign reserves (over $1 trillion, with more than half in bonds and almost a quarter in equities) accumulated as the central bank tried to prevent the Swiss franc from appreciating. It might be said that the SNB's 2022 losses would have been a lot lower if it had contented itself with holding short-term assets such as US Treasury Bills, but that is a cheap shot, considering the size of the profits in previous years. Indeed, over the past decade, including 2022, the SNB has about broken even on its foreign assets.

The option of holding only short-term assets was not available for the central banks whose balance sheet growth resulted from huge purchases of national government bonds in QE programs. The shorter average debt maturity of the consolidated public sector (government plus central bank) associated with QE was deliberately designed to flatten the yield curve when short rates could not be pushed any lower. It was the right choice, but it made the net cost of servicing the consolidated public debt more vulnerable to interest rate increases. And the need for sharp interest rate increases has come sooner than expected.

Losses can be big enough to wipe out a central bank's equity. The Reserve Bank of Australia (which accounts for its bond holdings at fair value through profit and loss) has reported not only an annual loss for 2022 but a negative equity position of about 1 percent of Australian GDP.

The US Federal Reserve does not mark its bond portfolio to market, but the interest rate jump means that its baseline expectation is to make net losses for several years. The Fed has been operating with very small equity (about 0.5 percent of its total assets). When any of the regional Reserve Banks incurs losses, as has just been reported for 2022, the Fed assigns them to what it calls a "deferred asset." Until subsequent surpluses accumulate to the point of wiping out this deferred asset, remittances to the Treasury are suspended. Projections suggest that this deferred asset will soon exceed the equity in the system.

The Deutsche Bundesbank and the Nederlandsche Bank (DNB) were among the first of the euro area central banks to forecast sizable annual losses. They will not be transferring remittances to their governments, and the DNB warns that it too may move into a negative equity position (though when it speaks of negative equity, the DNB is not counting most of the current market value of its gold reserves).

The Bank of England has a British government indemnity for losses related to QE. This will result in payments from the UK Treasury to the Bank over the coming decade projected to total almost £230 billion (10 percent of GDP)—a figure that could double if interest rates are even 100 basis points higher than in the base projection.

These losses come after years in which QE lowered borrowing costs for governments and increased profit distributions to governments from central banks. Since central banks nowadays tend to pay market-related interest rates on most of their liabilities, the flow of profits was likely to fall whenever interest rates started to rise.

A Reasoned Perspective on the Recent Losses

But it would be wrong to think that the recent losses simply reflect an inevitable reversal of what was bound to be a transitory gain for the public finances. The interest rate movements have been much sharper than anticipated—far in the tail of market-implied probability distributions.

The resulting reversal of net interest income at central banks is therefore much larger than expected (and there is little corresponding gain to the government). The falling market value of their debt is not much of a compensation for the fiscal authorities.

Where central banks (such as the SNB) operated cautious dividend policies, the shock to governments' finances will be less severe than it might have been, but not negligible.

If losses persist, however, problems can emerge, as has been the case in some emerging and developing economies with weak governmental institutions. In particular, sizable net liabilities denominated in foreign currency can disable a financially weak central bank.

Practitioners tend to worry more than academics about the impact of balance sheet weakness. This concern may reflect reluctance to be in the position of a mendicant rather than a benefactor in dealings with government officials. Not every central bank can rely on a budgetary subvention from the government when it incurs losses. If it has to rely on creating the money to cover its operating expenses for a prolonged period, inflation may follow. Or budgetary help may come only at the cost of conditions that weaken the central bank's independence.

There is some cross-country econometric evidence that central banks with weak balance sheets tend to operate with less effective policies: they tend to have higher inflation rates or to have recourse to quasi-taxes like unremunerated reserve requirements.

For most countries, these are second-order concerns. Furthermore, the position can be expected to normalize gradually. In the meantime, the spectacular losses now being reported mean that central bank finances are likely to figure more prominently in public discussions in coming months.