Memo to the European Commission on Europe's recovery through investment in science, technology, and innovation

To: The European Commissioner for Innovation

Background: A science, technology, and innovation machine in full gear will ensure a prosperous post-COVID-19 EU economy that provides well-paid jobs and a healthy, safe, and clean environment for all of its citizens. The European Union’s efforts in these areas, however, have not responded fast enough to societal challenges in the past.

The gap in research and development (R&D) in the European Union is not due to deficiencies in its incumbent innovators in classic sectors of strength—like automobiles and pharmaceuticals—but because it is missing leading innovators in new digital technology sectors, especially in digital services sectors. These sectors are increasingly important in the corporate global technology landscape. Because of advantages of large scale and user bases, digital R&D has become concentrated, with a few winners taking all, especially in digital services. Europe enjoys a buzzing digital startup scene but lacks leading big technology firms, especially the critical gatekeepers, where the United States and China dominate. Despite rapid technological change, there is relatively little turbulence in these gatekeeper positions. Europe may thus continue to miss pole positions in future races for returns from new digital innovations.

The question is whether the European Union will be able to lead in new races to come, post-COVID-19. These races will be mostly in digital technologies but, and perhaps more importantly for Europe, also in green and health technologies. The nondigital races in manufacturing and services will be centered on the integration of new digital technologies, including advanced digital services, the Internet of Things, and artificial intelligence. As a result, network-based supply processes will profoundly reshape traditional value chains. If European firms are unable to develop and integrate new digital technology-intensive services into the evolving paradigms of supply, they will not win the races of the future, even in sectors where they currently lead, like automobiles and health.

While these challenges are sizeable and urgent, particularly in light of climate change, the powers of the European Commission to address them are being undermined. First, Brexit is costing a pivotal part of the European Union’s science, technology, and innovation capacity. But even within the EU27, there is an increasing divergence between countries on the importance of supporting this capacity at the European level. Skepticism is rising on the value added of EU policy instruments in science, technology, and innovation, as witnessed by the fights over the size and distribution of the next EU budget for these activities (“Horizon Europe”).

Europe’s challenges are occurring just as China is rising as a science, technology, and innovation powerhouse, and US technology giants continue to dominate pivotal digital platforms. The apparent success of Chinese state-controlled or sponsored business and policy models and the rise of protectionism, including in EU member states, have spilled over to the EU level. The latest tendency in European Commission rhetoric is to brand “Europe First” with a “strategic autonomy” label and rephrase its innovation policy objectives toward “technology sovereignty.” This is not the right response and in fact will set Europe farther back.

The EU science, technology, and innovation motor has to be in full power for sustainable rebuilding. The EU policy agenda should therefore ensure a strong science and technology knowledge base, promote entrepreneurship, and provide space for innovative companies to grow and earn appropriate returns from their innovative investments on world markets.

The classic approach of the past, deploying the single market and competition policy as major EU instruments, has failed to put the European Union at the frontier of the digital transformation. History has also shown that throwing money at selected “winners” has not been effective. Europe may need a new version of industrial policy, but the new version should not pick specific technologies, sectors, or EU champion firms. A better approach would target broadly defined missions within a strong general forward-looking policy framework.

Such a framework should ensure an adequate ecosystem for the birth and development of technologically advanced platforms bringing together stakeholders along all stages of the value chain, from research to final consumption. This goal requires full use of the EU single market of customers and competitors. It does not require major overhauls of single market regulation and competition rules or more protective, closed “EU First” inspired reforms. More forceful forward-looking enforcement is needed based on a perspective of dynamic efficiency, one that assesses not only the impact of government interventions on the current working of markets but also their impact on the science, technology, and innovation motor. Irrespective of corporate nationality, enforcement should detect and redress potential abuse of dominant corporate positions in the new digitally powered platforms. Harm should be assessed not only in the short run but also in the long run without jeopardizing any static and dynamic efficiencies that derive from large size.

The more directed/targeted approach should not simply provide public funds for selected “winners.” Rather the approach should be to develop a target-specific horizontal policy, i.e., creating framework conditions and removing barriers to the development of collaborations, networks, and ecosystems in target areas. These target areas should reflect broad policy objectives rather than selected sectors, technologies, or firms. The targets should cover early-stage emerging ecosystems with identified market and system failures that impede development of identified EU strengths. Targets within biopharma and health technologies as well as green technologies (including renewable energy technologies) would be good examples. Such target-specific horizontal policies should not protect and subsidize a select “few,” shielding them from EU internal and global competition. Spending public money in these areas should be broad, program-based, and supportive of these ecosystems. Subsidies should be temporary, with selection based on competition and monitoring and evaluation focused on whether milestones are being met, while ensuring a level playing field for competing emerging ecosystems.

Past efforts might provide some inspiration. In the early 1980s, European Commissioner Etienne Davignon launched ESPRIT (European Strategic Programme for Research and Development in Information Technologies) to make the European microelectronics industry competitive against US and Japanese companies. This initiative brought together public and private forces from member states. At the EU level, public resources were pooled to support research (with the first Framework Programme). On the single market and the competition policy side, the initiative allowed EU firms to cooperate in precompetitive research and a regulatory agenda with common standard setting. ESPRIT delivered some success in 3G, though it is unfortunately not a perfect example. Eventually, the initiative settled in complacency, shielding EU firms from the global competitive scene, which resulted in the European Union missing out on the next waves of digital technologies.

How to address the European Union’s position in global competition and the global configurations of technology platforms and value chains? How to respond to the call for more “technology sovereignty” and “strategic autonomy”? In a technology space that needs to be global, self-sufficiency is elusive and inefficient. Rather than embracing autarky, the European Union should keep an open perspective and defend a global technology space that is a fair level playing field.

The process of selecting and supporting key technology platforms should avoid protectionist pitfalls, in which current incumbents are shielded from the global creative destruction process, whether in the European Union or abroad. The EU single market should remain open to the import of frontier technologies and best practices, wherever they are initially developed. To meet this objective, it is important to continue the work at the World Trade Organization (WTO) on trade facilitation measures. Foreign investors should have adequate access to the single market, within the boundaries of the EU framework for screening foreign direct investments.

Regulatory authorities should not only invoke sanctions and regulations to avoid European firms being blocked from key technologies or components by other countries but also prevent dependence on single suppliers and components by diversifying and encouraging technologies that are modular and flexible (like 3D printing, bioengineering). It will be important to shape and use the multilateral WTO to achieve a fair level playing field. Europe needs a strong position at the multilateral table, a force incontournable in international coalitions to discourage nationalist-focused technology strategies. For this, it should lead by example.   It also requires a unified voice representing a strong EU internal market, strong interconnected EU companies, and a strong EU science, technology, and innovation machine. 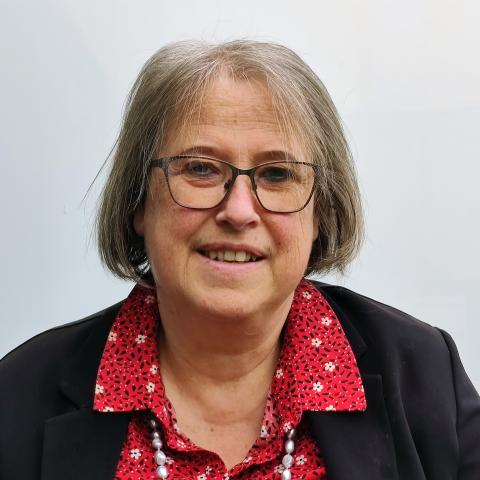 Memo to the European Commission on concrete initiatives for a more outward-looking, geopolitical Europe